William Morales, Commissioner of Boston Centers for Youth & Families (BCYF), was appointed in 2016 to lead the City of Boston's largest youth and human service agency. In this capacity, he oversees BCYF’s network of 36 facilities including 30 community centers located throughout Boston serving over 90,000 people annually. Among the many programs offered by BCYF since its founding over 40 years ago are out-of-school time, adult education, sports and fitness, arts, education, girls, seniors, and violence prevention and intervention.

Prior to joining BCYF, Commissioner Morales served as the Executive Director of the historic Boston YMCA Achievers Branch of the YMCA of Greater Boston and had oversight of the Egleston Square Youth Teen Center. Commissioner Morales also served as a Senior Director at Wheelock College where he founded the Office of Community Partnerships & Programs and served as the Chief Operations Officer of Youth Enrichment Services (YES).

Commissioner Morales’ career in community engagement began over 21 years ago when he founded Youth & Police Partnership. He’s passionately committed to serving the needs and interests of the youth of Boston and their neighborhoods. He lives by the personal statement "to be the person who was not there for me."

He is a native of Roxbury and has a longstanding passion for serving the Boston youth community. He has a Bachelor of Science in Criminal Justice from Springfield College and an MBA in Management from Cambridge College. He has won national awards as an emerging leader and is a recognized expert on youth development. He lives in Boston with his wife and children 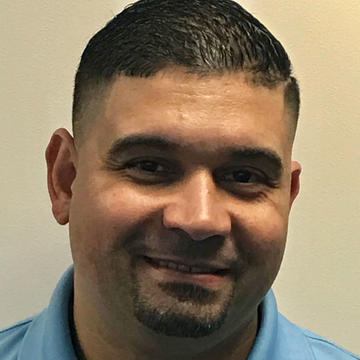