City Clerk for the City of Boston

In 1993 the voters of District 3, Dorchester, overwhelmingly elected Maureen to the Boston City Council. She served for nine terms, winning each of her elections by wide margins.

During her years on the City Council, Maureen demonstrated a deep understanding of the role of city government in the lives of its citizens. For most of her tenure, along with several other chairmanships, Maureen chaired the Committee on Government Operations which handles the majority of the Council's legislation. Her colleagues elected her to two terms as Council President, making her only the second woman to hold this post.

Maureen completed her service on the City Council in 2011, after which her former colleagues elected her to the position of Boston City Clerk, which is one of only three offices formed under the City charter. The City Clerk’s office, along with being the filing agency for the City, also manages various City functions such as:

The Clerk is also Clerk to the City Council, creating the council agenda’s and maintaining the Council meeting minutes. The City Archives also falls under the purview of the City Clerk. Through the Archives, Maureen aims to create dynamic educational opportunities for all Boston's citizens.

In addition to her public responsibilities, Maureen has also served on the boards of directors of the Boston Medical Center, Bay Cove Human Services, and the Dorchester Girls' and Boys' Clubs. She presently sits on the board of The Boston Home.

Maureen is a graduate of Notre Dame Academy and the University of Massachusetts at Boston. 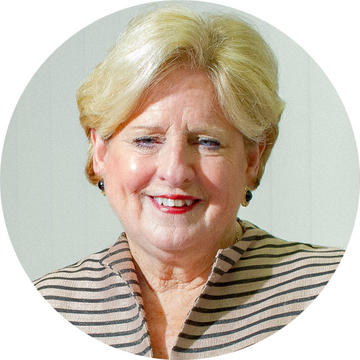