Vali brings to MOIA more than a decade of experience, most recently as executive director of the Islamic Society of Boston Cultural Center (ISBCC), a mosque and community center that serves over 1,500 congregants of 64 different ethnicities, the majority of which with an immigrant background. In this role, he fostered relationships with community, interfaith, and political leaders to raise the mosque's public profile, combat hateful rhetoric, and facilitate the Muslim community's integration into Boston.

In his role as executive director at the ISBCC, Vali developed a strategic framework via a rigorous needs-assessment of congregants, which led to the doubling of ISBCC programs and services. As one of Vali's first actions as executive director, he organized a series of meetings with Jewish and Christian leaders which fostered a supportive interfaith relationship.

Vali also led the response of the ISBCC in the aftermath of the Boston Marathon bombing, sharing Muslim values and reassuring Boston's Muslim community that their City would continue to be a welcoming place for everyone. Vali has consistently advocated against stigmatizing federal policies and programs, most recently the Trump Administration's Muslim ban. Vali and his team organized multiple "Know Your Rights" trainings, educating hundreds of community members, business, political and civic leaders, on the policy.

Before joining the ISBCC in 2012, Vali was a community organizer with the Greater Boston Interfaith Organization, where he advocated for better education and access to health care for low-income families. He was a Fulbright Scholar, a Marshall Scholar, and is currently a Barr Fellow. He holds two master's degrees from the London School of Economics and the School of Oriental and African Studies, and a bachelor's degree from Princeton University. 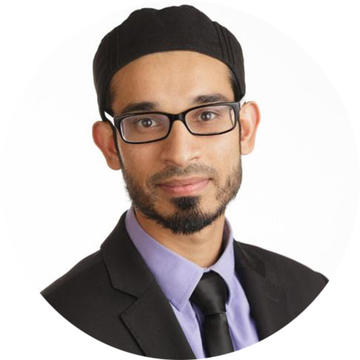