Aisha E. Miller is currently the Assistant Commissioner of Constituent Services for the Boston Inspectional Service Department (ISD). Prior to her appointment as Assistant Commissioner, she served as the Director of Constituent Services.  In addition, she worked as a Suffolk County Probation Officer for Boston Municipal Court-Dorchester Division; served as the Regional Stewart for Suffolk County Probation Officers, a Litigation Paralegal for McCarthy & Barrett, and was former aide to Senator Dianne Wilkerson and Representative Shirley Owens-Hicks, Rtd.

Aisha manages the Constituent Services Division at ISD which requires building relationships with the community, outside stakeholders and various city agencies. Creating and re-building new task force to ensure each City of Boston resident is afforded the best quality of life.  Aisha and her team build unique approaches to engage residents in understanding the process at ISD.

Aisha has been recognized for her leadership and community service through the Prince Hall Order of the Eastern Star, “Women of Color Award,” Bay State Grand Chapter, “Community and Leadership Award,” and leadership award from the Dorchester Eagles Pop Warner Association. She served as the Clerk of the Board for Center for Health and Development and is a current board member of the Vietnamese American Initiative for Development.

Aisha is a certified Paralegal. She graduated from University of Hartford in 1997, earning her Bachelor’s degree in Criminal Justice and Sociology. In 2008, she graduated from University of Phoenix-Braintree Campus earning her Masters of Business Administration. She was also awarded a certificate of completion for the Senior Executives in State & Local Government Program, June 2018, from the John F. Kennedy School of Government at Harvard University, Executive Education.

In her spare time, Aisha spends time with her fraternal family and is a proud member of the Deborah Grand Court, Order of Eastern Star, Bettye J. Speed Court, Heroines of Jericho, Anita Jones Council No. 91, Lady Knights Encampment, Thorne Court No. 95, Ancient Arabic Daughters of Sphinx and Mary E. Floyd, House of the Temple. Aisha lives in Mattapan with her husband Ernie, who has one son Nasir and one grandson Braylon. 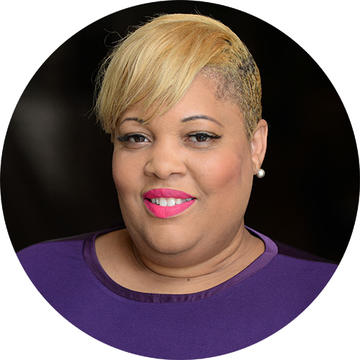