Mary Cirbus joined the Boston Landmarks Commissioner as Preservation Planner in 2019. In this role she is responsible for the South End, Fort Point Channel, and Mission Hill Triangle districts. Mary's previous experience in preservation includes roles in both municipal and state governments as well as the nonprofit sector. Prior to joining the Boston Landmarks Commission, Mary worked at the New York City Landmarks Preservation Commission, the Massachusetts Historical Commission, and, most recently, Adirondack Architectural Heritage in the Adirondack mountains of upstate New York. In addition to her regulatory work, she has also compiled several National Register nominations.

Mary received her Masters degree in Preservation Studies from Boston University and her Bachelors degree in Art History and English from College of the Holy Cross. She hails from Staten Island, NY, and currently lives in Back Bay with her husband, Will and dog, Bernard. In her spare time she enjoys knitting, interior design, flea markets, houseplants, and calligraphy. 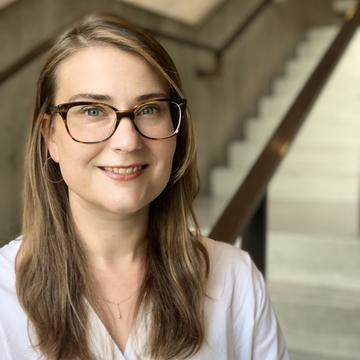