William Gross is the City of Boston's first African American Commissioner. Gross is a 33-year veteran of the Boston Police Department. As a Patrol Officer he spent many years in the Gang Unit and Drug Control Unit, as well as serving as an Academy Instructor. He rose through the ranks, achieving the ranks of Sergeant and Sergeant Detective, and was promoted to Deputy Superintendent in 2008, where he became a member of the Command Staff of the Department.

As Deputy Superintendent, Gross served as the Commander of Zone 2, which is comprised of Area B-2 Roxbury and Mission Hill, Area B-3 Mattapan, Area C-11 Dorchester, and Area C-6 South Boston. In this role, he coordinated with District Captains in their development of strategies to address crime trends, and attended community meetings to address specific neighborhood crime concerns.

In 2010, Deputy Superintendent Gross became the commander of the Field Support Division, which included command over the Youth Violence Strike Force (Gang Unity), and the School Police Unit. In 2012, he was promoted to Superintendent, Night Commander, responsible for oversight of all police responses to incidents on a citywide basis in the evening hours. Throughout his career, Superintendent Gross has maintained a strong connection with the community, and has been awarded numerous awards for bravery, meritorious service and community partnership. 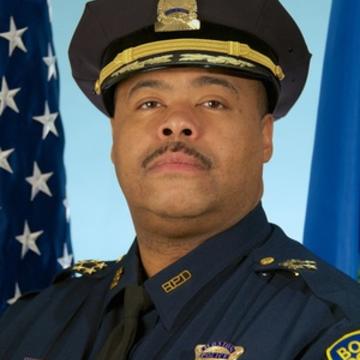