Stephen Gilman is the Program Director for the Boston Main Streets (BMS) program in the Mayor’s Office of Economic Development. Established in 1995, BMS is the first multi-district urban Main Street program in the U.S., established as a collaborative effort with the National Trust for Historic Preservation. He oversees the City of Boston’s 20 Main Street organizations, along with a staff of Neighborhood Business Managers.

Steve’s history with Main Streets began in 1997, when he and a group of neighbors applied for Main Streets designation status of their commercial corridor and became the founding board of Washington Gateway Main Street in Boston’s South End.  A former small business owner, in 1999 he went to work for the City of Boston in small business development, and in 2000 became a Neighborhood Business Manager for Boston Main Streets. In 2008 he assumed the position of Program Director for the now almost 24-year-old citywide Boston Main Streets program. 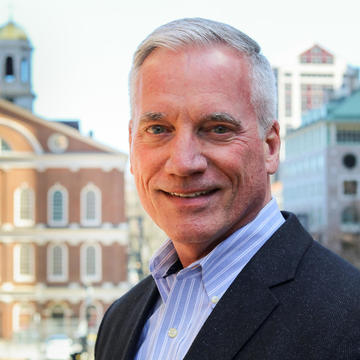