SOAR Boston (which stands for Street Outreach, Advocacy and Response) brings an evidence-based approach to reduce recidivism, intervene in violent activity, and create pathways for active gang-involved youth and young adults in the City.

Mayor Martin J. Walsh announced the revamp of the City's violence prevention and intervention program, formerly known as the Boston Centers for Youth & Families (BCYF) Streetworker Program. SOAR Boston (which stands for Street Outreach, Advocacy and Response) brings an evidence-based approach to reduce recidivism, intervene in violent activity, and create pathways for active gang-involved youth and young adults in the city. Mayor Walsh appointed Talia Rivera as SOAR Boston's director, the first woman to lead and oversee the program since it was created in the early 1990s. 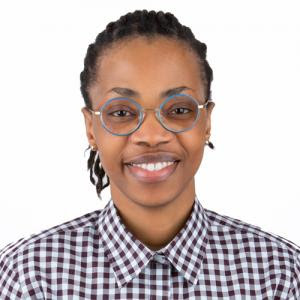 "Our team has been working very hard over the last year to rethink and enhance this program to be as effective as we can be," said Mayor Walsh. "I am hopeful that this new model will help us break the cycle of violence in our city, and I am grateful to have Talia Rivera as the program's director. Her insights will bring SOAR Boston to great successes, giving way to better outcomes for our young adults throughout the city."

Under Rivera's direction, SOAR Boston will work to reduce recidivism and intervene in violent activity by working towards the following goals:

Rivera will use best practices from violence prevention and intervention efforts, as well as Boston-based data to meet the goals above and have a measurable impact on youth crime and violence in the City. SOAR Boston will work across City departments and incorporate all relevant services across the full continuum, allowing the City to identify gaps in services and better coordinate existing efforts, as well as put formal partnerships in place with external partners to provide key services and resources.

"Having over 20 years of experience working with children, youth and families, including my time as a Streetworker, I know how challenging it can be for our communities to gain solid footing and climb the ladder to success," said Talia Rivera, director of SOAR Boston. "I am thankful to Mayor Walsh for giving me this opportunity and for allocating critical resources that will bring about meaningful change in our neighborhoods throughout Boston."

As a former BCYF Streetworker, Rivera worked with the Boston Police Department, the court system, and local community and faith-based organizations to prevent youth violence by building deep authentic relationships with gang-involved youth and connect them to important resources.

Most recently Rivera served as executive director of the Boston TenPoint Coalition, an ecumenical group of Christian clergy and lay leaders working to mobilize the community around issues affecting black and Latino youth. During this time, she worked with the Board of Directors to set the vision and strategic direction of the organization and deepen its impact while also meeting its operational goals and sustaining fiscal health.

Prior to her work at the Boston TenPoint Coalition, Rivera served as director of connectivity and learning at Boston Rising, an anti-poverty fund focused on breaking the cycle of generational poverty. At Boston Rising she founded their signature grantmaking initiative, the Grove Hall Trust (GHT), a resident-led neighborhood foundation that puts control and choice of philanthropic investments in the hands of individuals who reside and work within the community.

"We are excited to partner with Talia Rivera in her new role leading this vital work in our City," said Mark Culliton, founder and CEO College Bound Dorchester. "It's a testament to Mayor Walsh, Chief of Health and Human Services Martinez, and the whole City of Boston that they invested in such a brilliant, hard working and committed leader to head SOAR Boston she and the whole team is sure to build on their current success and do even more to support the most vulnerable and disengaged individuals in Boston."

"We are encouraged by Mayor Walsh, Chief Martinez, and the whole Administration's decision to enhance the City's Streetworker program," said Carl Miranda, director of Roca, Boston. "The structural changes made by the Walsh Administration will not only improve engagement with our young people but also create greater accountability and foster trust. We are enthusiastic about Talia Rivera's leadership and look forward to partnering with the new SOAR Boston program to create meaningful relationships within neighborhoods throughout Boston."

For nearly 30 years, the BCYF Streetworker program played a critical role in the delivery of a youth violence prevention and early intervention program that was celebrated and replicated nationwide as a best practice model. The program was restructured in 2015 when Mayor Walsh led the integration of The Boston Foundation's Streetsafe Program into the Streetworker Program raising the total number of outreach workers on the streets of Boston. SOAR Boston will build on the foundation of the Streetworker program and introduce new approaches and violence prevention best practices with an emphasis on support and access to opportunities.

Boston Centers for Youth & Families (BCYF) is the City of Boston's largest youth and human service agency. BCYF operates 36 community centers in Boston that offer a variety of engaging and enriching programs for people of all ages created through community input and need. BCYF also oversees citywide programs including SOAR Boston, the GIRLS Initiative, Camp Joy special needs program and many aquatic offerings. For information about BCYF, please visit Boston.gov/BCYF