Paloma Valenzuela is a Dominican-American writer, director, and actress originally from the City of Boston. She is the creative director of the production operation La Gringa Loca Productions based in Boston and the Dominican Republic. She is the writer/producer/creator of the comedic web series, "The Pineapple Diaries". The show was featured in the Latina Magazine's "5 Web Series Every Latinx Needs to Watch Right Now".

In 2019, Paloma was featured in Boston Magazine's "Boston's New Creative Guard" and selected as one of the WBUR The Artery 25, a series highlighting millennials of color making an impact in the Boston arts scene. Paloma has collaborated with the Isabella Stewart Gardner Museum and is currently working on post-production for the third season of "The Pineapple Diaries" set to be launched by the end of 2019. She also works as a teaching artist at GrubStreet in Boston teaching classes in Dramatic Writing and Screenwriting. 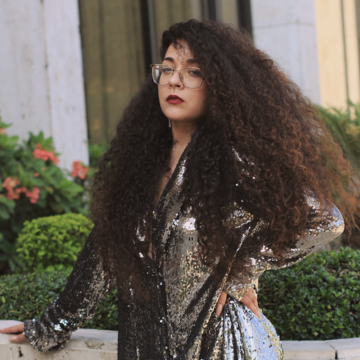