For the past decade, Victor has been working with people to tell their stories. Stories that articulate hard truths, demand change, and inspire others to do the same. As an artist-in-residence, he is excited to bridge City Hall and Boston streets in this project — to play accomplice to individual imagination and to collective vision. As an organizer, he has supported local community leaders to run national campaigns for immigrant rights, stop ICE deportations, and double voter turnout in communities of color. He earned an MFA in fiction from Boston University, and he has a PhD in Politics from the University of Oxford, where he studied movements for racial equity. His writing has appeared in The Boston Globe, Longreads, The Rumpus, and The Southern Review, among others. He was a 2020 finalist in The Chicago Tribune’s Nelson Algren Literary Contest.

Victor is an immigrant, and for immigrants, the notion of home can be complicated. Yet he unequivocally claims Boston as home, this place that has given him so much, and this place he hopes to give back to. As for his first home, his parents have and always will be his biggest inspiration.

Victor is working with the Boston Public Health Commission’s Violence Intervention and Prevention Initiative (VIP), which aims to prevent violence through building and sustaining strong communities where residents are knowledgeable about the root causes of violence and empowered to address them. 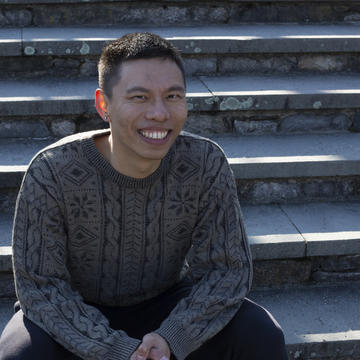 In his residency, Victor has been working with a core group of high school students in a program they call VIP-AIR. This is their philosophy: We talk about young people as our hope for the future. Yet young people, especially young of people of color, spend much of their lives taking direction from others: parents, teachers, and others.

VIP-AIR is a different space. It is a space that young people own. It is a space where young people write the stories they want to tell — through individual words and collective action. After a six-month process of storytelling and strategy training, the youth of VIP-AIR have launched an initiative called HealthComesFirst.

This is what they believe: Students should be able to excel in school without being driven to tears and sleepless nights. We can and should make space in the school day to attend to our wellness. In this time of pandemic, we re-envision how we talk about mental health, be more honest about struggles, and offer new ways to care for each other.

Victor’s residency work builds on VIP’s existing model of leadership within the Youth Organizing Institute. It aims to build capacity for the program in its storytelling and struggles for social change.