Culture is woven throughout the fabric of Boston’s diverse neighborhoods. Across the City, family and friends gather to mark holiday, familial, and religious occasions. For residents, creating a space in which these traditions take center stage, recognizes their past, present, and future. In this first of a two-part series, we look at festive celebrations and the ways in which Bostonians honor their rich cultural traditions.

Throughout Boston, many families and communities celebrate similar cultural holidays. While these celebrations may take place at the same time, each family marks the event in their own unique way. Fenway resident Joyce Ellis remembers how her family celebrated the Christmas holiday each year during her childhood and describes how these memories have influenced traditions she now shares with her own children. 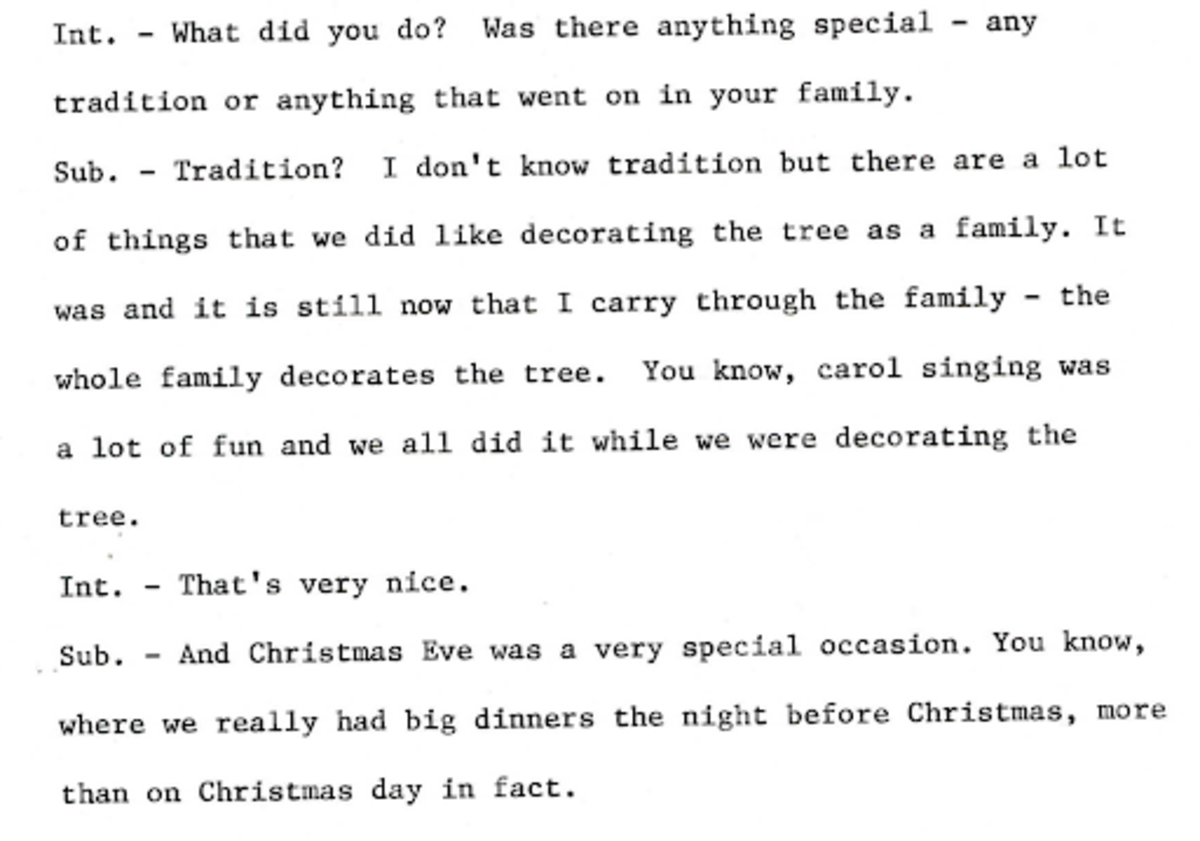 Preparation for a holiday event is often as much of a tradition as the event itself. Eva Begelman, an East Boston resident, describes how her mother would begin preparing for the Rosh Hashanah holiday weeks in advance. Eva discusses the creative ways her mother kept food fresh, and how she managed the realistic worries that come along with preparing for big events! 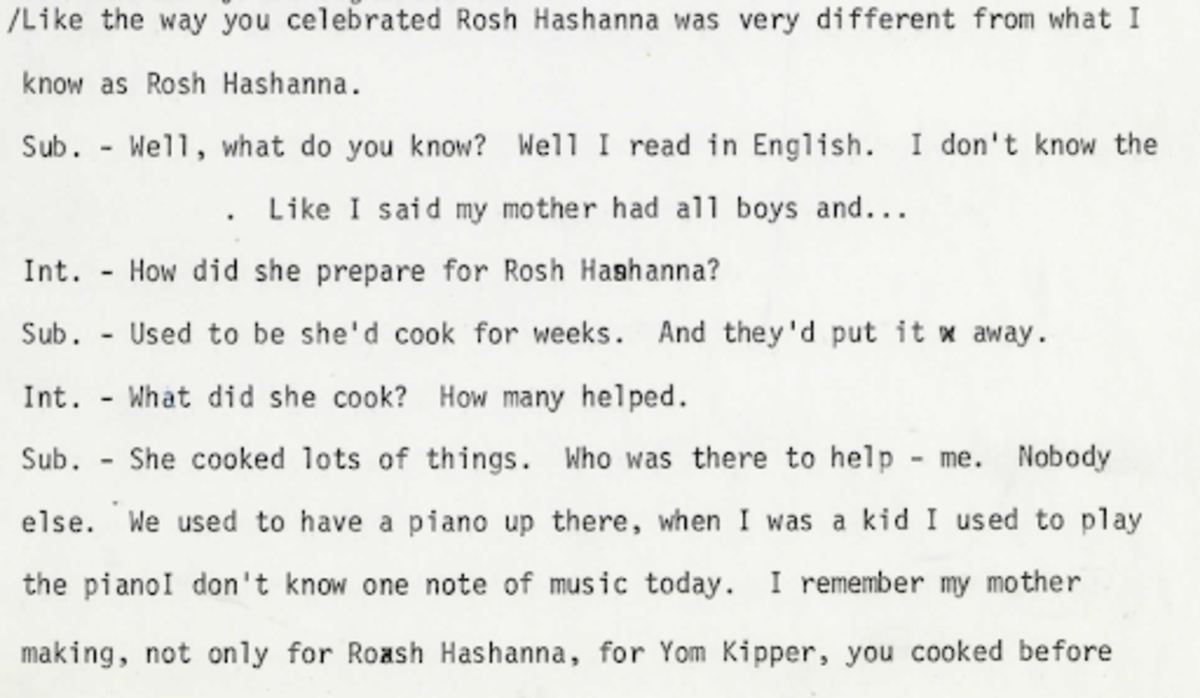 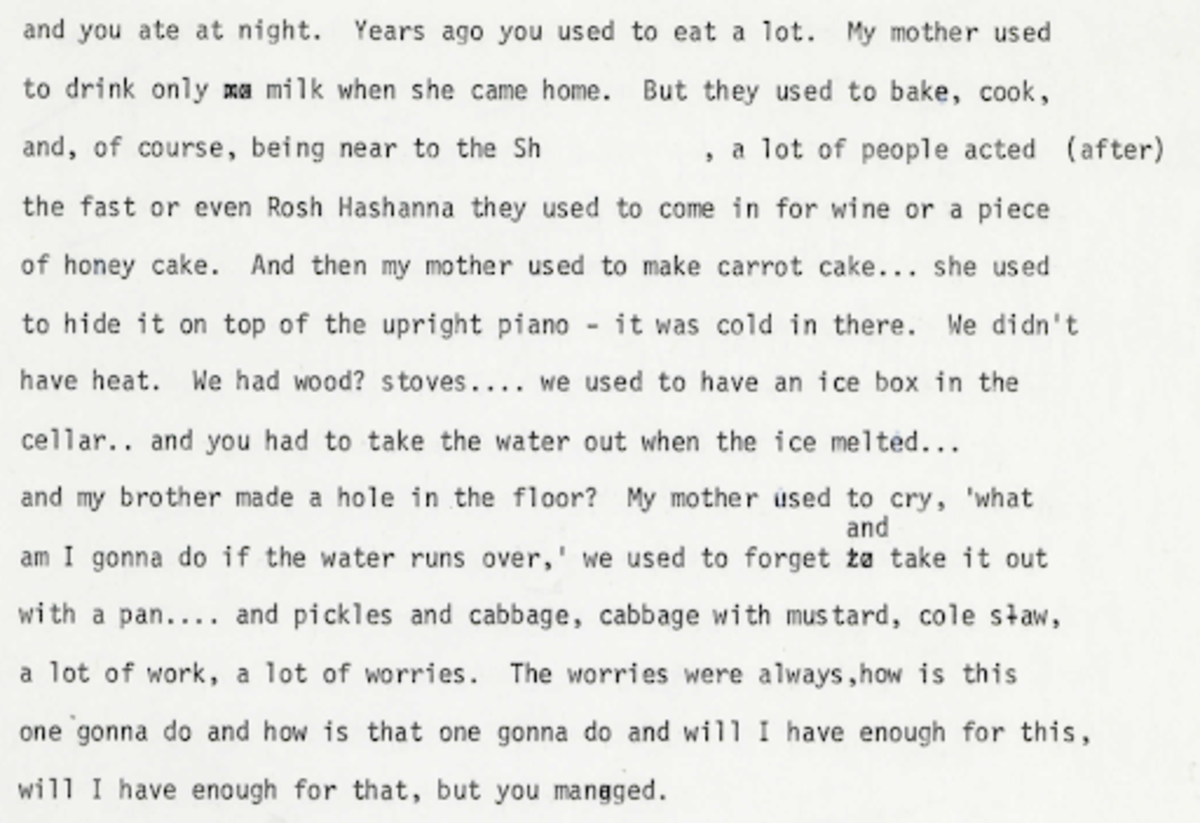 Check out this cookbook featuring traditional Jewish recipes! The recipes were compiled by the Sisterhood and Mother’s Club of Temple Mishkan Telfila. This congregation was originally located in Chestnut Hill, but now resides in Brookline after “co-locating” with the Temple Kehillath Israel.

Many families celebrate specific milestones in life such as birthdays or graduations. Irene Robinson describes the ways she and her young sister took part in their own debutante party. Irene discusses how her coming out party was less formal and actually involved her attending the college graduation celebration of a student her family knew! 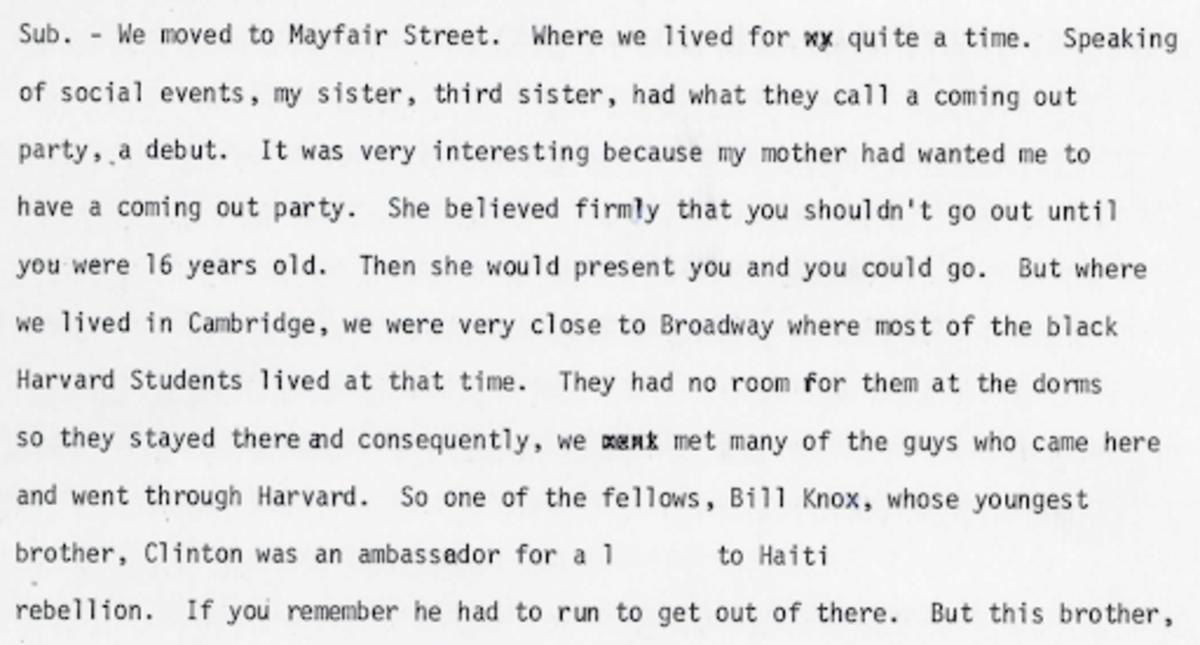 Irene also remembers her younger sister’s debutante party that took place inside her family’s Roxbury home and was much more formal than her own. Irene discusses her sister’s ushers and how they would go on to become notable members of the Black community in the United States. 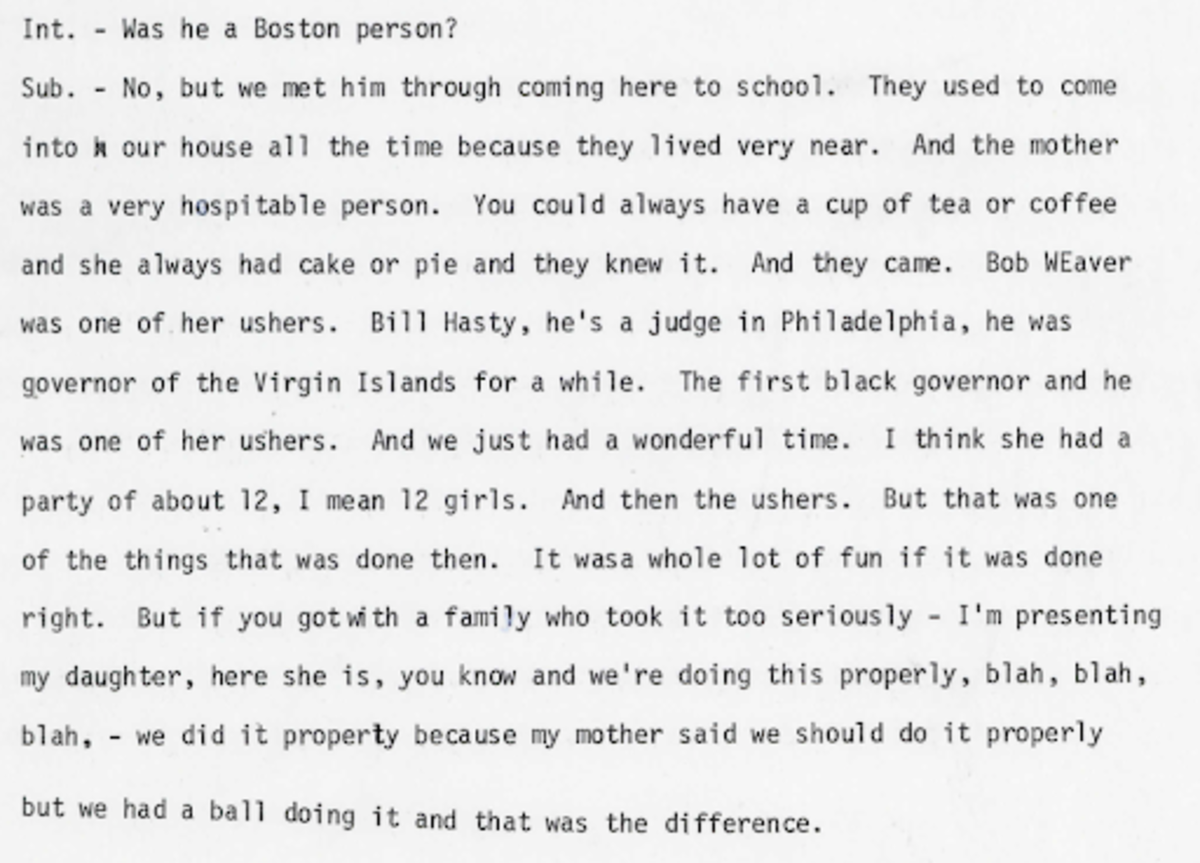 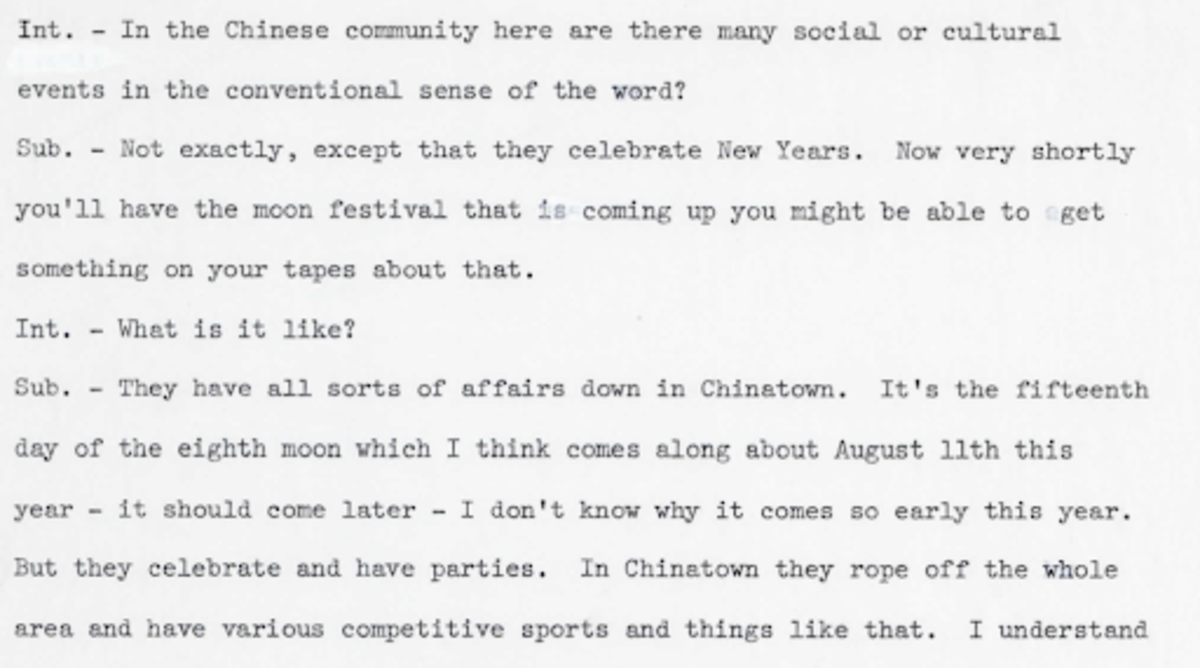 Neighborhood celebrations create a space for residents to take part in cultural traditions together. Mr. and Mrs. Alfred Luciani describe their childhood memories of the annual Fisherman’s Feast that took over North and Fleet Streets in their North End neighborhood. They describe the sights and sounds that captured their senses and were a key part of the Feast’s tradition. 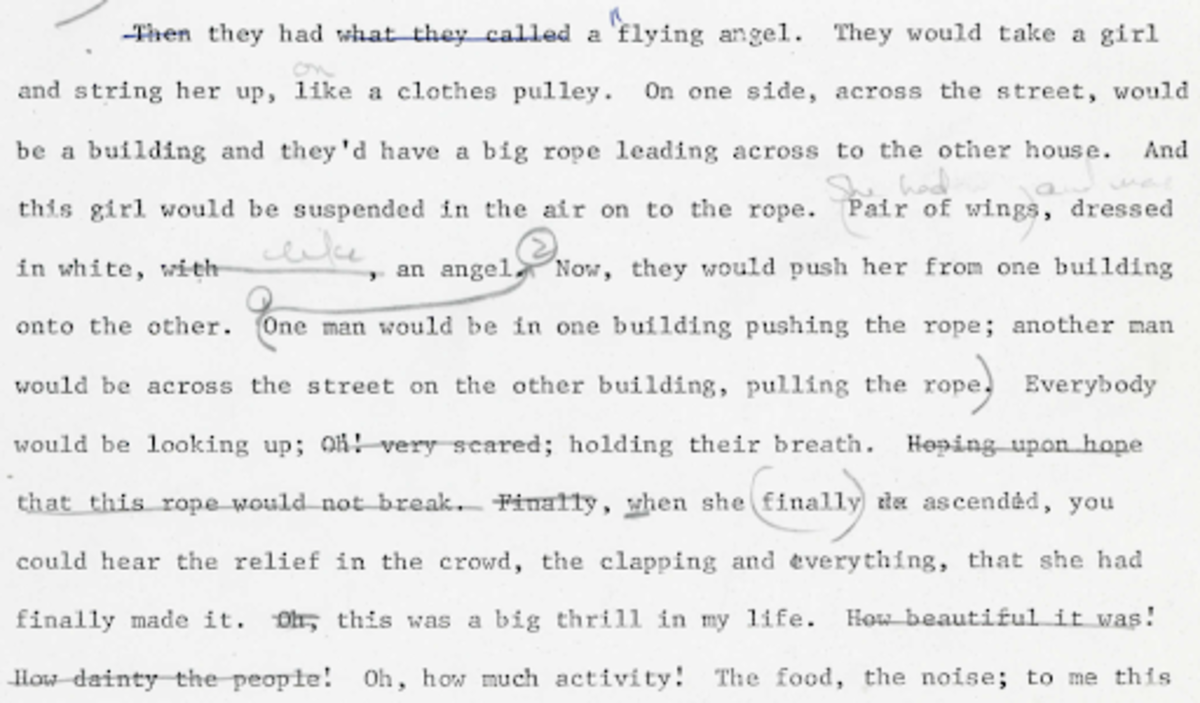 The Lucianis also describe the sleeper hit of any Feast — the food! They fondly remember the variety of food the Fisherman’s Feast offered and the excitement for a specific type of pizza!

Today, the Fisherman’s Feast is Boston’s oldest continuously operating festival and still takes place each August at North and Fleet Street. After a year off, the festivities were back on for 2021 and the iconic Flight of the Angel event flew once again!

From family gatherings inside homes to festivals that spill into the streets, Boston’s neighborhoods are a place where family and friends can gather to celebrate their unique culture. Big or small, these traditional events create a space rich with history in which Bostonians embrace their individual heritages and celebrate their past, present, and future.