Remembering the West End: An introduction to a Boston City Archives blog series

Among the many transformations that Boston has undergone in its more than 300-year history, one of the most dramatic is the destruction of the West End in the late 1950s. Now known for its high rises, medical facilities, and TD Garden, the neighborhood’s past as a vibrant multi-ethnic, multi-religious immigrant enclave is one of the most poignant parts of  “Lost Boston.”

By Laura R. Prieto and the History 380 (Fieldwork) class at Simmons University

Labeled by outsiders as a “slum,” the West End became a principal target of the Boston Housing Authority for what was called “urban redevelopment.” The City government used federal legislation and funds to help clear more than 40 acres there for new construction. Local residents, who were overwhelmingly working-class, were evicted and displaced. 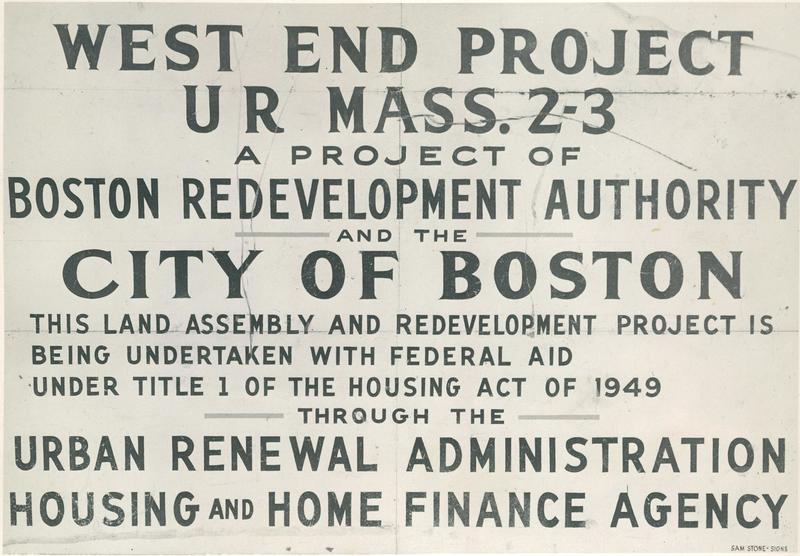 Very few buildings escaped demolition. One is 42 Lomasney Way, another is St. Joseph’s Catholic Church and its rectory. Massachusetts General Hospital, by contrast, expanded as part of the renovation. 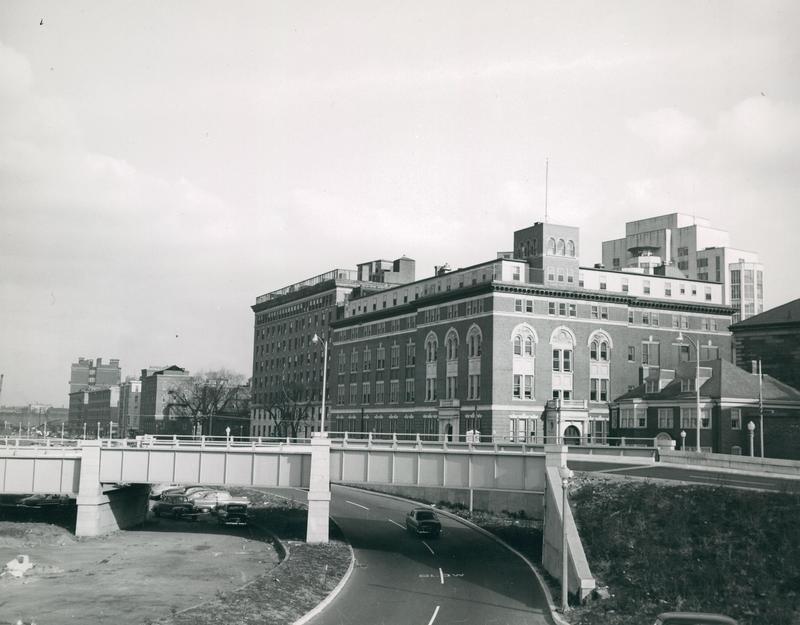 The West End Project soon attracted intense controversy over its aims, economics, and consequences. It became widely known as an example of how cities should not conduct urban renewal. In 2015, the Boston Redevelopment Authority formally apologized for its destruction of the neighborhood, acknowledging the project as one of the agency’s “past misdeeds.”

Decades after their eviction and the bulldozing of their homes, West Enders still identify strongly with their old neighborhood and keep its memory alive through institutions like the West Ender newsletter and the West End Museum. Their community lives on in oral histories, family photographs, and other precious papers. It also persists within government records and archival collections around Boston.

Starting in fall 2019, a group of undergraduate students from Simmons University has been researching the lost West End, in hopes of shining a light on what life was like there before its erasure. A “Humanities for the Public Good” grant, from the Council of Independent Colleges, supports their work in the university archives and at the Boston City Archives. In the weeks ahead, individual students will be guest-writing posts about the West End, drawing from what they have found. You’ll read about people from social worker Eva Whiting White (Simmons class of 1907) to demolition protesters, and places from bowling alleys to the Washington School. Our exhibits, digital and on campus, will follow in May. Please join us in exploring this iconic Boston neighborhood and in preserving its important place within Boston history.

Dr. Laura R. Prieto is a professor of History and Women's and Gender Studies and the Alumni Chair of Public Humanities at Simmons University in Boston. You can follow her at LauraRPrieto.com.