The area of Faneuil Hall and Quincy Market have undergone dramatic changes over the centuries. Before it became Boston, the land was known as Shawmut and inhabited by the Massachusett. Few Native sites have survived in the downtown Boston area. But mounds of  shells called "middens", fish weirs, and other sites have been found in several locations around town. Some are very close to Quincy Market and Faneuil Hall.

The area upon which it stands was once a small cove called Bendall’s Cove in the 17th century. Bostonians dredged the cove and constructed wharves to form Dock or Market Square along the original 1630 Town Dock, an area bustling with market and trade activity.

The town filled the southern half of the Town Dock in 1728 to expand the usable land area. It became a formal outdoor market space in 1733. Faneuil Hall was built in 1742 and used as a covered market building and public meeting space for the town of Boston. Today, it is a National Historic Landmark operated by the National Park Service as part of Boston National Historical Park, and is a Boston Landmark.

Faneuil Hall was expanded in 1805-1806. Quincy Market and several warehouses were built in 1825-1826 to accommodate the expanding trade needs of the City. More renovations to the building were carried out in 1898 to fireproof the structure.  New columns, footings, and a concrete basement floor were installed in 1923-1924. 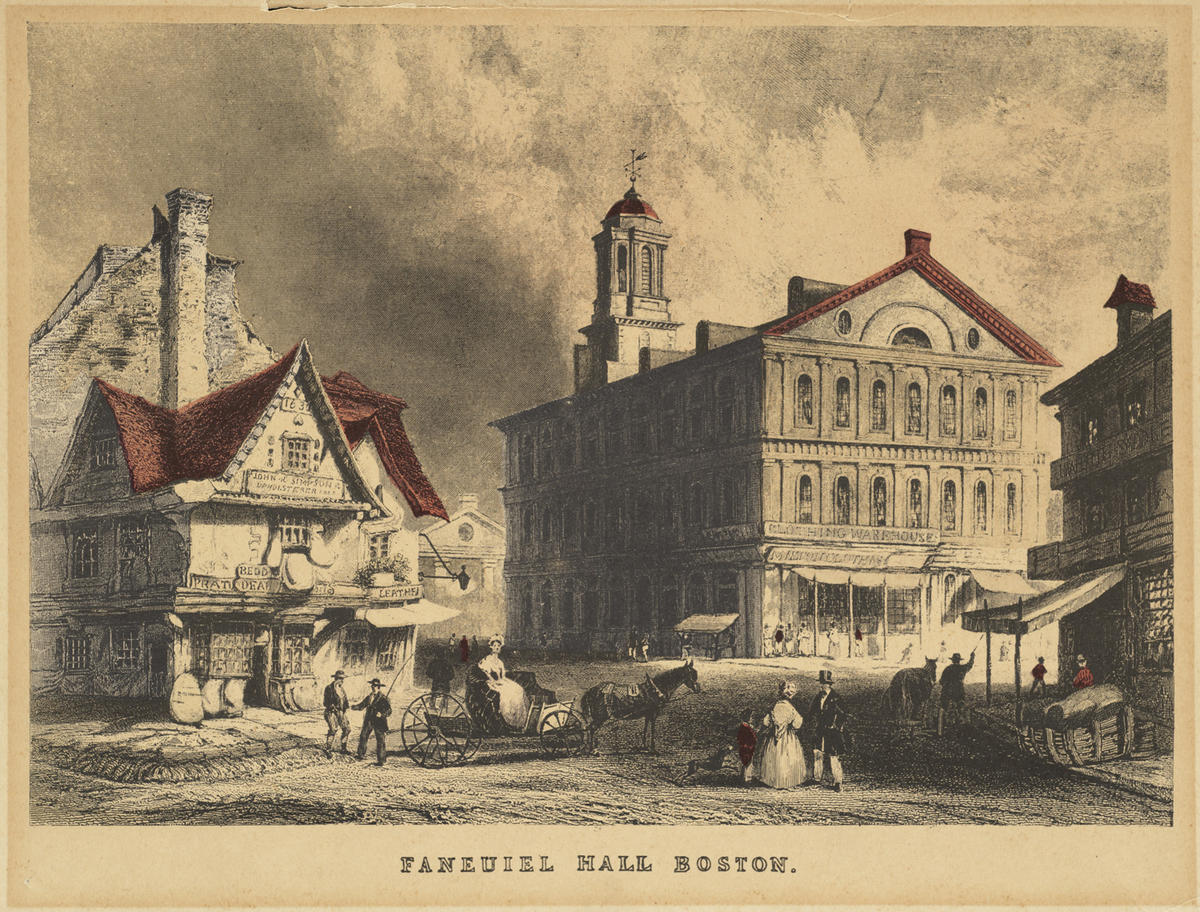 Above: An 1840 print of Faneuil Hall showing the Old Feather Store on the left, which was demolished in 1860. (From the digital collections of the Boston Public Library). 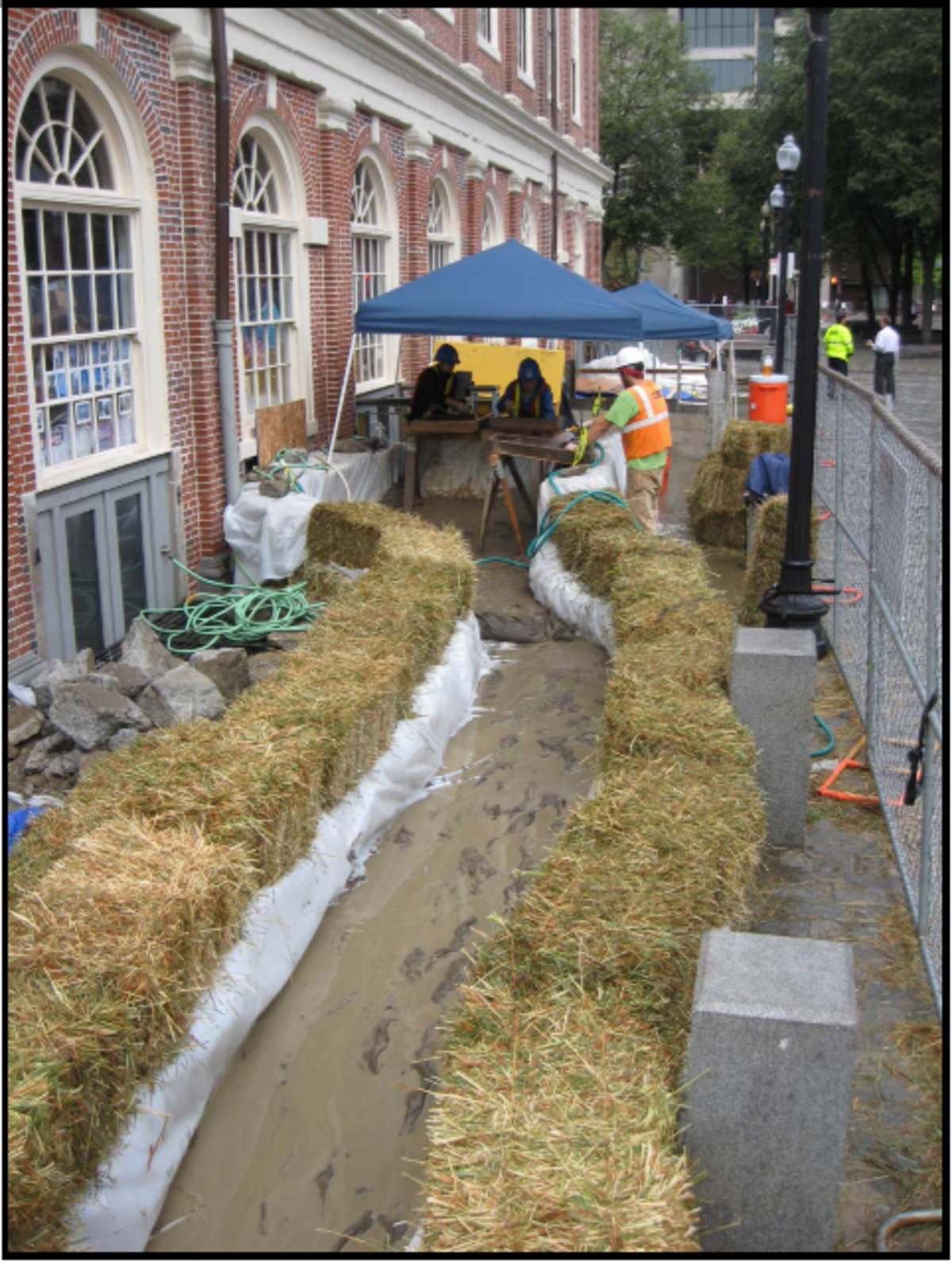 Above: Archaeologists at the 2010 Faneuil Hall excavation using a technique called "water screening." Water from hoses helps to clean off thick mud or clay to allow archaeologists to see small artifacts in the screen. The hay bales direct the water away from the excavation site. Photo courtesy of URS.

Multiple improvement projects below and adjacent to Faneuil Hall have required archaeological surveys before the start of construction to document the pre-1742 archaeological deposits of Town Dock and the building of the Hall.

Faneuil Hall was constructed in 1742.  Its first basement was dug in 1805-1806 during a renovation which nearly doubled the building’s footprint. Another major renovation in 1898-1899 further affected deposits beneath the building. Archaeological testing has uncovered almost 39,000 artifacts providing details about life and trade in Boston.

Despite disturbance caused by 19th-century renovations, the 1990-1991 excavation revealed historic landfill deposits. These matched up with historical documentation that the building was erected on land that was once part of the Town Dock.

The 2010-2011 excavations revealed several fill layers which contained both domestic and privy deposits. This household trash was thrown into Town Dock to fill it in. Archaeologists also found a concentration of stacked hemlock timbers toward the base of the excavations. They performed dendrochronology on these timbers, a process which determines the approximate date when the wood was harvested. The date range for the harvesting of these timbers spanned from 1628-1708, with the majority harvested after 1680. This suggests that they could be part of Town Wharf, which was built in the Town Cove in 1711. 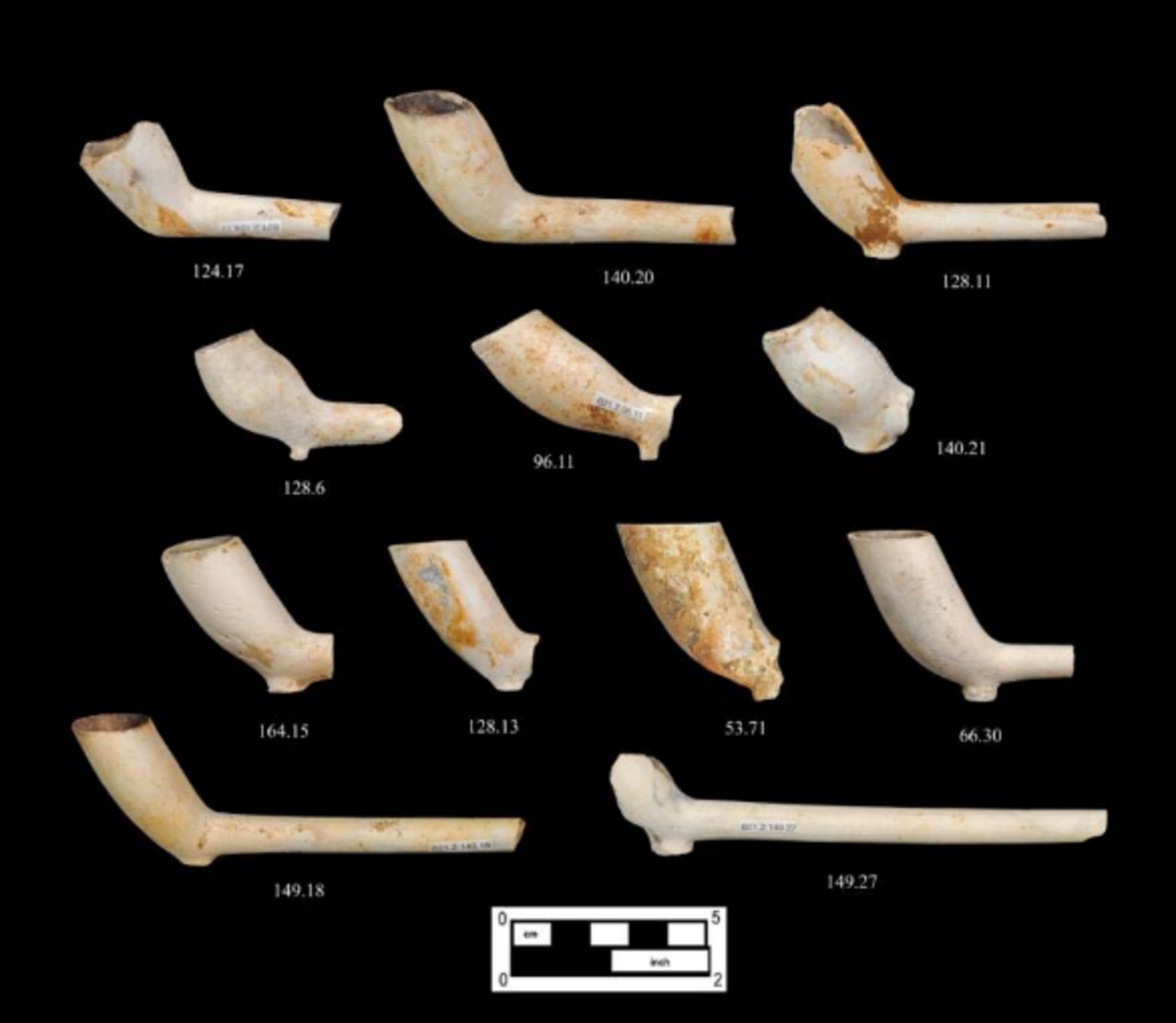 Above: A sample of white ball clay tobacco pipes recovered from the 2010 excavation. The size and shape of the pipe bowls and stems can be used to determine an approximate date of manufacture. These examples range in date from the early 17th through the late 18th century. Photo courtesy of URS.