At the same time, Bostonians who care about the future of arts and culture in their city understand that these face very substantial challenges. Yet the city has the creative potential—in its arts and culture sector, its public and private institutions, and every community and neighborhood in the city—to create what the Mayor has described as an “arts and culture renaissance” in Boston.

The planning process, research, and lived experience tell us that Boston’s unique set of challenges and opportunities center around infrastructure, equity and inclusion, and leadership and resources. But a larger change needs to take place before we can begin to make progress in those three areas. We need a culture shift in how we collectively value and resource arts, culture, and creativity in Boston.

Examining each of these areas below — infrastructure, equity and inclusion, leadership and resources, and the need for a culture shift — helps us understand the state of arts and culture in Boston today as the foundation for how we move forward, guided by the cultural plan. 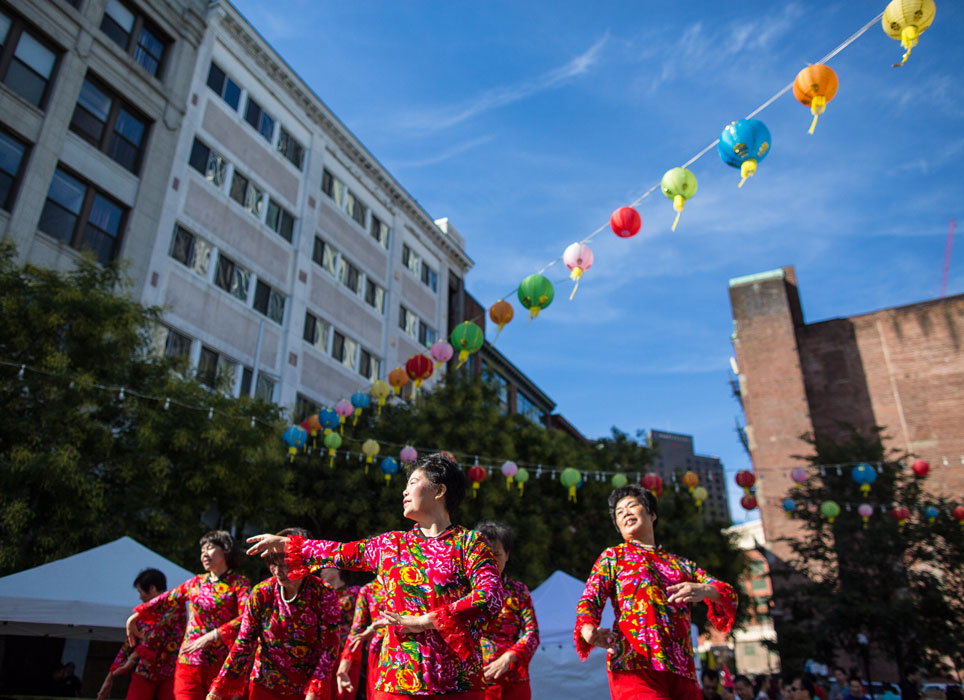 From an overall perspective, Boston has a remarkably vibrant and varied arts and culture sector that reaches deeply into individual lives, neighborhoods, and communities. It is home to more than 1,500 nonprofit arts and culture organizations, giving it one of the highest per capita concentrations of such groups among major American metropolitan areas. From renowned anchor institutions with many layers of programs and activities, to small organizations often serving specific neighborhoods and communities, these organizations play a central role in Boston’s creative life.

Boston is also a place where arts education thrives. Artists come to learn and train in the city’s prominent art and music schools. Our valuing of arts education as a fundamental component of public education is clearly evident in two examples: the Boston Arts Academy—a high school within the Boston Public Schools (BPS), co-founded by a consortium of art schools and colleges—which has received both national and international awards for excellence; and BPS Arts Expansion, a program that has gained national recognition for its success in increasing quality arts education in schools across the district.

Despite such strengths, the Boston Creates community engagement process found a strong consensus that Boston’s infrastructure for arts and culture seems deficient in key respects. Critical issues include:

These factors make themselves felt in very concrete ways. Although many artists come to Boston for education and training, and often get their professional start here, they lack many support structures and resources that they need for successful careers—and that exist in several peer cities. As a result, some artists are leaving Boston. Arts and culture organizations are also facing uncertainty as they strive to place themselves within a rapidly changing real estate landscape. Some struggle to support critical ongoing maintenance needs for their facilities.

One overarching weakness in the infrastructure of Boston’s arts and culture sector threatens the city’s ability to respond effectively to the needs of that sector: silos. Artists, arts organization leaders, arts funders, and community leaders see neighborhoods, artistic disciplines, and various key participants—including City departments and offices—as isolated from one another and rarely, if ever, interacting, let alone collaborating. This fragmentation and isolation hinder, among other things, the relationship between arts and culture and such allied sectors as design, tourism, and commercial arts. Too many people whose joint efforts could strengthen the infrastructure for arts and culture in Boston say that they have never been in a room together.

This fragmentation has been pervasive in the Boston arts and culture world. The city now has a tremendous opportunity to start bringing people together across such barriers and fostering relationships that have never existed before.

In Boston Creates’ community engagement process, Bostonians spoke loud and clear about a lack of both the equity and inclusiveness that a city with Boston’s diversity, and diverse arts and cultural assets, needs to have. While many Bostonians feel immense pride in, and connection to, their cultural heritage, they very often do not see their communities or artistic traditions represented or supported in the larger landscape. Particularly among the city’s communities of color, residents report difficulty in accessing Boston’s arts and culture riches. Youth, especially, are unsure at which institutions they are welcome, or in which creative settings (e.g., community centers, galleries, libraries) they are meant to be included. Many feel that certain cultural venues and events in the city are “not for them.”

Issues of equity and inclusion also have geographic implications: arts and culture organizations outside of downtown are likely to be small and underfunded. Boston residents need and want access to arts and culture opportunities close to home, but such opportunities, and the resources that make them possible, are unevenly distributed across the city.

Boston has the good fortune to have arts and culture institutions—some known around the country and the world—that bring students and visitors into the city. Huntington Avenue, Boston’s “Avenue of the Arts,” is home to numerous cultural institutions that contribute enormously to raising Boston’s profile as an arts center. Valuable as these prestigious institutions are, however, they do not begin to encompass the full spectrum of arts and culture in Boston. The neighborhoods that lie beyond the well-known arts areas are filled with artists, arts and culture organizations, programs, and events—yet most visitors to Boston (as well as many who live or work in the city) know nothing about the arts and culture activity there. This speaks to a failure by the city as a whole to recognize, value, and promote all communities and cultural expressions equally. 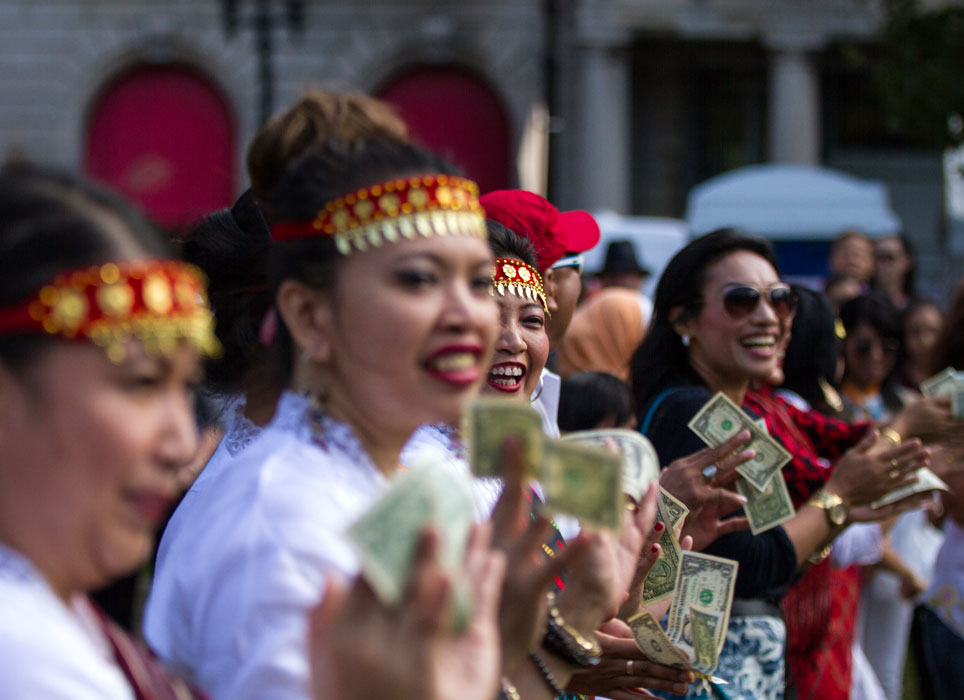 Arts and culture not only enrich our individual lives but have enormous potential to strengthen bonds of community across a city and promote civic creativity and collective capacity. They have a unique power to foster pride within individual communities, support understanding and respect between different communities, and bridge differences across the city. This means that equity and inclusion in arts and culture—the equal valuing of all cultural traditions and expressions, and equal access for all to arts and culture activity—are not just a matter of justice. They are also a necessity for creating a thriving, healthy, and innovative city for everyone, regardless of racial or socioeconomic background. An arts and culture sector without equity and inclusion reinforces divides built on entrenched racism and exclusion, preventing us from drawing upon the creativity of all Bostonians to fashion a better civic future.

The Boston Creates planning process represents an important first step toward a much more active role for municipal government in arts and culture than Boston has seen in decades. Many leaders in Boston’s arts and culture, philanthropic, educational, health, and corporate sectors have joined the Mayor by serving on Boston Creates’ Leadership Council and Steering Committee. The chairs of the community teams have played a vital role by representing residents of every neighborhood in the city, which has further empowered them as cultural leaders within their respective communities.

For some of the tasks set out in this cultural plan it is, and will be, indispensable to have leadership from the top. City government, with its legal authority and convening power, has a major role to play, as do Boston’s leading private institutions in the corporate, philanthropic, and educational sectors as well as in the arts and culture sector itself. At a moment of new leadership for the City and for many of these private institutions, the City has an opportunity, which we are now seizing, to set a new course and dedicate new efforts to making Boston a truly great city for arts, culture, and creativity.

Yet not all of the necessary leadership should, or even can, come from the top or from citywide institutions. As the Boston Creates planning process has made clear, Boston has strong arts and culture leadership at the community and neighborhood levels. For much of what Boston needs to do to strengthen its arts and culture sector, the City and prominent citywide institutions can spark or catalyze change—but the leadership for it must come from the larger Boston community.

The need for citywide leadership is especially evident given the need for resources for arts and culture in Boston. While the city’s arts and culture sector is notable for its committed individual donor base, the primary beneficiaries of this support tend to be large organizations. Compared with other cities, Boston has limited foundation, corporate, and municipal support for the arts, especially for small and mid-sized organizations and individual artists.

[1] See The Boston Foundation, How Boston and Other American Cities Support and Sustain the Arts: Funding for Cultural Nonprofits in Boston and 10 Other Metropolitan Centers (2015) (accessed June 3, 2016).

Need for a culture shift

When it comes to issues such as silos in Boston’s arts and culture world, the need for greater equity and inclusion, or the way Boston has traditionally funded organizations in this sector, many of the greatest challenges do not arise solely from the external environment. Although such pressures as rapid development and economic factors are very real, some of the primary challenges facing the city’s arts and culture sector come from outdated mindsets and approaches to the arts. Today’s diverse and dynamic Boston demands new ways of seeing and acting that amount to a culture shift in how we approach arts and culture.

Moreover, distinctions between formal and informal art, or fine art and folk art, are too often a part of Boston’s way of viewing arts and culture. Unfortunately they create and reinforce divisions across lines of race, ethnicity, class, and geography. Instead of maintaining these boundaries as if they were hard and fast, we should celebrate and take advantage of what the great American writer Ralph Ellison called “one of the most precious of American freedoms, which is our freedom to broaden our personal culture by absorbing the cultures of others.” 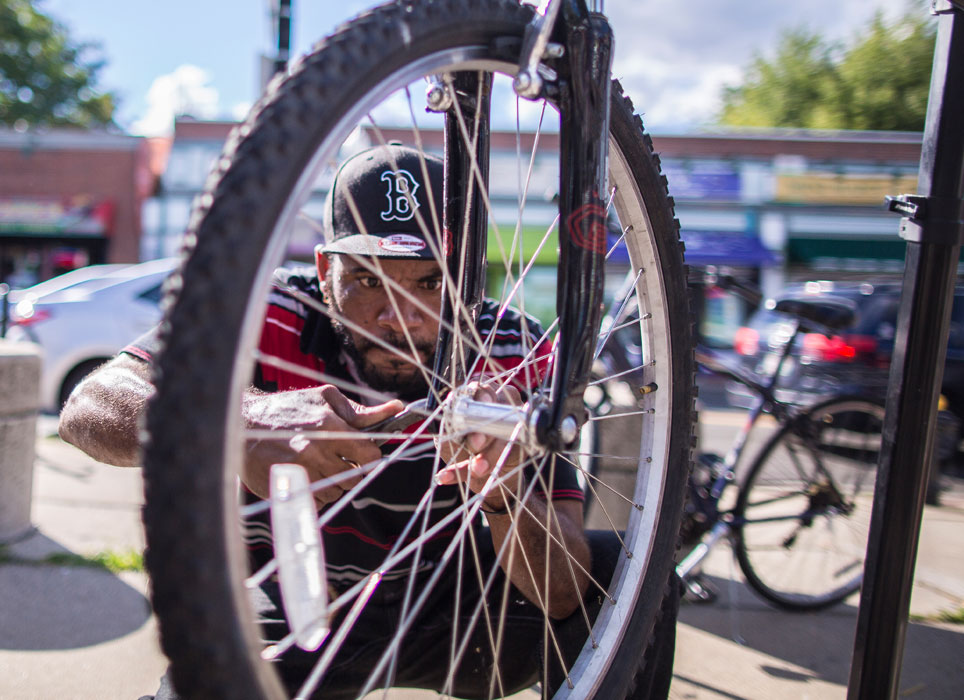 Finally, newcomers to Boston have observed that our city—a world-class generator of pathbreaking ideas, inventions, and enterprises—remains oddly hierarchical in where it looks for civic leadership, expecting it to come exclusively from certain major institutions.

At the same time, there has until recently been no expectation that City government and the city’s major foundations and corporations would support arts and culture the way that individual patrons in Boston have long supported them. This makes Boston unlike other American cities, where arts and culture benefit greatly from coordinated public, corporate, and foundation support.

The good news is that we can change our attitudes and behavior and set new expectations. As a result of the Boston Creates cultural planning process, this change has already begun. Scores of participants in the process have noted how many valuable connections they made and collaborations they took part in while engaged in it. Boston Creates and the work of implementing the plan must continue to be a platform for achieving collaboration and change.