Iconography of gravestones at burying grounds

The one thing most visitors to the burying grounds will notice is that a few select images appear on many gravestones. These images correspond to certain time periods and reflect religious beliefs and philosophical attitudes held by Boston residents throughout since the 1630s.

The earliest gravestones in Boston's burying grounds were simple, roughly hewn "greenstone" markers. Generally, these stones had little or no decorative carving and often had brief inscriptions, which usually gave the name of the person interred and their death date. Inscriptions on these stones have "interruptive punctuation," a carving style characterized by a raised period between each word.

The second type of decorative motif used on Boston's seventeenth-century gravemarkers was the "death's head." A death's head, often with wings or crossed bones, or both, was a stylized skull. Some have speculated that winged skulls were intended to symbolize a combination of physical death and spiritual regeneration. It is important to note that Boston-based Puritans did not advocate using religious symbols, such as cherubs, Christ figures, or crosses in their meetinghouses, on church silver, or on their gravestones. Puritans were adamantly against attributing human form to spiritual beings such as God, angels, or spirits.

The death's head, a non-religious symbol was the first imagery employed in gravestone carving. Other decorative motifs accompanying the death's head were the hourglass (and even a winged hourglass symbolizing the concept "time flies"), coffins, elaborately carved side panels with florets, finials, foliage, fruit, and imp-and-dagon figures. Seventeenth and eighteenth-century stones generally had solemn epitaphs which prompted passers-by to contemplate mortality and the fleeting nature of life on earth.

There were many variations of the death's head motif. The characteristics and configuration of the image depended entirely on the preferred style of the carver. Like silversmiths, tanners, carpenters, and other craftsmen, gravestone carvers had special techniques and skill. Style was almost a "calling card." Through probate research, newspaper announcements and advertisements, signed or initialed stones, ledger books, and other primary source materials, twentieth-century historians have been able to identify many of these craftsmen. As the settlers began to achieve more stable lifestyles and accumulate wealth, they were better able to afford more elaborate personal items which could serve as reflections of their socioeconomic status. These belongings could have ranged from a larger, more ostentatious house, a cupboard of silver plate or imported china, to large elaborately carved gravestones.

By the 1690s, another iconographic motif began to appear on Boston's gravestones. Called a winged cherub or a soul effigy, this motif was characterized by a fleshy face, life-like eyes, and an upwards-turned mouth. Some historians and students of material culture have asserted that the greater use of winged cherubic images, which have been interpreted as a symbol for the soul's flight to heaven, was indicative of changing religious sentiments. This theory asserts that changing religious philosophies led to greater acceptance and more widespread usage of symbols forbidden because they were considered to be "graven images."

Another type of decorative carving, often called "portrait stones," was more selectively employed on Boston gravestones. The images are not actual portraits of the deceased person, yet they do realistically resemble people. Hair, distinct facial features, and clothing are prominent characteristics of these "portrait" carvings. Because many carvers repeatedly used certain motifs and styles or carving, study has shown the faces of many of the "portraits" are nearly identical.

As political ideologies and philosophies of the new nation began to change, so did attitudes about death and mourning. Neo-classical philosophies and attitudes began to dominate the material cultural evidences of post-Revolutionary society and culture. As notions of classicism in art and architecture began to evolve, American citizens began to look to the buildings of ancient Rome and Greece for models of their houses, public buildings, and even gravestones.

The predominant image used on late eighteenth and early nineteenth-century gravestones was the willow and urn motif. The willow was an ancient mourning symbol. The urn was an Imperial Roman device used to contain ashes. Usage of these motifs was part of a larger trend toward sentimentality in mourning art. Larger, more imposing monuments were also used for memorialization. Obelisks, the Roman order of columns, and pediments were ornamental forms widely used on nineteenth-century markers and monuments. 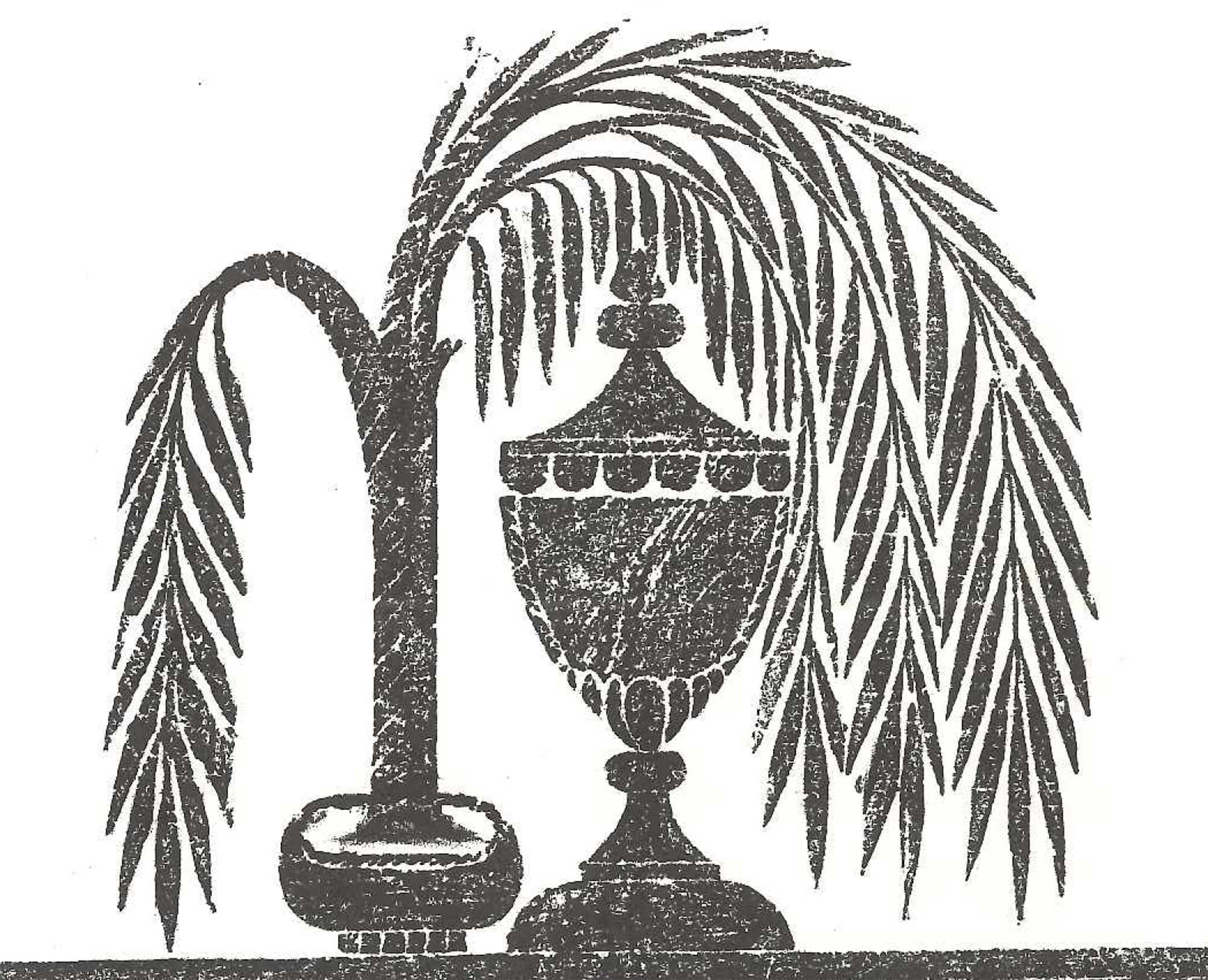 In addition to the imagery, the language and tone of the epitaphs changed during this period as well. Instead of stark and foreboding messages about life and death, epitaphs began to reflect new ideas about resurrection and the afterlife. Commemoration of the dead for the benefit of the living became the underlying theme.