Ana Karina Vivas is the Deputy Press Secretary for Mayor Martin J. Walsh. In this role, she supports overall communications and media relations strategies for the Mayor’s Office and City of Boston.

Prior to joining the Mayor’s Office, Ana worked for the Boston Public Health Commission (BPHC) as media relations manager. She previously worked as account manager for Archipelago Strategies Group (ASG).

Ana holds a B.S. in Journalism from Emerson College and is originally from Caracas, Venezuela. She lives in the West End with her husband Alejandro and their dog Bella.

I am a member of the Latinx ERG because…

It’s important to support each other to be successful! 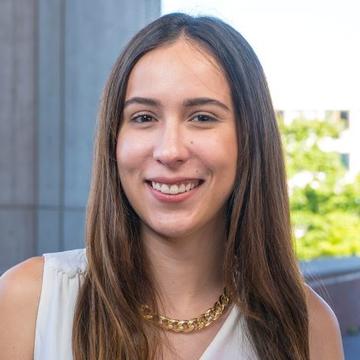