Created in 2015, the Mayor’s Office of Recovery Services works to give more people access to the support they need.

We used a highly localized, collaborative approach to address substance use and addiction in Boston. We also build key partnerships with City, state, and community partners. Our office is the first municipal recovery office in the United States.

We put together a list of online resources for recovery support groups. You can also find information about COVID-19 testing and the COVID-19 vaccine on our website.

3-1-1 for Recovery Services is the City of Boston’s confidential 24/7 referral center for:

Access to Harm Reduction, Overdose Prevention and Education (AHOPE) is the City of Boston’s harm reduction program and needle exchange site. The program provides a range of service to active injection drug users, including:

The Engagement Center (EC) is a welcoming drop-in space for individuals receiving services in the New Market Square neighborhood. Opened in August 2017, the EC provides space for participants to:

The EC offers a range of comfort items, such as portable toilets, water, coffee, and light snacks. Amenities include:

Mobile Sharps Team provides proactive sweeps in high volume areas. They respond to 311 calls for improperly discarded syringes in public areas. There are eleven outdoor kiosks for syringe disposal that are located in hard-hit areas.

Training on safe sharps disposal is given to:

Currently, the Community Syringe Redemption Program is being piloted in the Newmarket Square neighborhood to stipend peers who collect syringes. The program provides a low-threshold workforce opportunity for vulnerable residents.

The outpatient treatment program provides recovery services for those who have substance use disorders, including:

Staff offer expertise in the treatment needs of those with substance use disorders. They provide care in a diverse, culturally-sensitive, and non-judgmental environment.

Providing Access to Addictions Treatment, Hope and Support (PAATHS) is a one-stop shop. The program provides information for anyone looking for information about, or access to, substance use treatment services. That includes individuals, families, community partners, and other treatment providers. Residents can reach PAATHS by calling 3-1-1 or 1-855-494-4057.

Transitions is a 40-bed, evidence-based, short-term treatment program for adults focusing on:

The 30-bed, residential substance use disorders (SUDs) recovery program allows for varied lengths of stay, with the average being four to six months. The program provides services for men who are 18 years of age and older. Services include:

The Youth Prevention Program was created in response to the Boston Youth Substance Use Prevention Strategic Plan. The plan was released in 2018.

The program focuses on supporting:

We do this through four key areas:

Boston Fire Department
The Fire Department is an organization of dedicated professionals who are committed to serving the community.
Boston Police Department
The Boston Police Department is dedicated to working in partnership with the community to fight crime.
Boston Public Schools
Boston Public Schools ensure every child has great teachers and great school leaders
Emergency Medical Services
EMS is one of three public safety agencies who respond to 9-1-1 calls.
Executive Office of Health and Human Services
The state office's public health programs touch every community in Massachusetts.
New Urban Mechanics
We work across departments and communities to explore, experiment, and evaluate new approaches to government.
Mass. mental health and substance misuse support
Massachusetts helps individuals and families in need of mental health help or substance misuse counseling.

What we've done so far

Former Mayor Martin J. Walsh created the Mayor’s Office of Recovery Services (ORS) in 2015. It's the first municipal office in the U.S. solely dedicated to addressing substance use and addiction. Walsh was also named Chair of a new national Task Force on Substance Abuse, Prevention, and Recovery Services by the U.S. Conference of Mayors.

The Boston Police Department creates an Opioid Overdose Squad within the Drug Control Unit. This group responds to the scene of an overdose offering information regarding treatment and services.

Boston Health Care for the Homeless Program’s Supportive Place for Observation and Treatment (SPOT) opens. This program prevents overdoses by monitoring individuals under the influence of opioids.

We launched a home visiting program in response to overdoses in residential settings. The program connects individuals and families through in-person, home-based outreach.

Our Street Outreach Team was launched in the Mass. Ave and Melnea Cass neighborhood.

Former Mayor Walsh appointed a Deputy Superintendent role at the Boston Police Department. This role is focused on substance use, mental health, and homelessness.

We partnered with the Suffolk County Sheriff's Department to create a Recovery Re-entry Panel. This Panel within the South Bay Correctional Facility and the Nashua Street Jail in Boston was the first of its kind.

We launched “311 for Recovery Services.” The constituent service line is available 24 hours a day, seven days a week for treatment placements and information about service options.

We partnered with the Blue Cross Blue Shield Foundation of Massachusetts to conduct a citywide substance use prevention strategy.

Our Engagement Center opened, creating a low-threshold drop-in space. The center gives people a safe place to spend time and connect with care during the day.

The Massachusetts Medical Society Task Force on Opioid Therapy and Physician Communication published a report in support of a supervised injection facility pilot.

Along with EMS and Boston Fire, we launched the Post-Overdose Response Team (PORT). PORT helps people connect with services following a residential overdose.

We announced the completion of the Finland Building mural project. This project included our team as well as:

We launched the PAIR Initiative (Personal Advancement for Individuals in Recovery). It's the first program of its kind in the United States. We created PAIR in partnership with:

Former Mayor Walsh pledged to rebuild the Long Island bridge. The goal is to create a comprehensive, long-term recovery campus on Long Island.

The City of Boston files a lawsuit seeking damages over the opioid crisis against:

We launched the City’s Youth Substance Use Prevention Strategic Plan. The plan reflects the diversity of Boston’s youth and promotes equity across all neighborhoods.

The City of Boston releases the Mass / Cass 2.0 Strategic Plan. The plan builds a more coordinated approach to:

We created a “Comfort Station” due to COVID-19. The outdoor space provides access to:

We moved harm reduction drop-in services entirely outdoors due to COVID-19. We continued to provide safer use supplies, naloxone, testing, and referrals.

Boston EMS launched the “Leave Behind Naloxone” program to combat the rise in opioid overdoses. Naloxone is now left on scene with participants after an opioid overdose occurs. 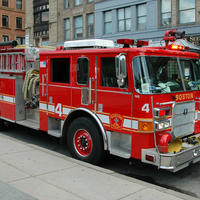 We co-led the Post-Overdose Response Team (PORT) with the Boston Fire Department to provide: 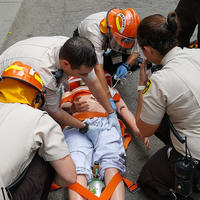 EMS leads the Community Assistance Team (Squad 80). The team is designed to rapidly respond to individuals on the street.

EMS also recently put in place a program that leaves naloxone behind at the scene of an overdose for bystanders or those that refuse transport. 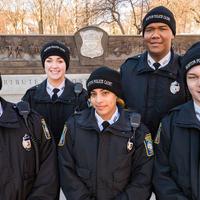 The Boston Police Street Outreach Unit has expanded to create a centralized system for MH/SUD support. The unit is trained in recovery coaching and crisis intervention. Our goal is to enhance community engagement efforts.

Melnea Cass / Mass. Ave. 2.0
A strategic plan for Newmarket Square and neighboring communities.
Youth Substance Use Prevention Strategic Plan
Our guide for youth substance use prevention efforts in Boston for the next several years.
Addressing substance use disorders in U.S. cities
The City of Boston created a toolkit for mayors and policy makers in 2017.
Overnight Low-Threshold Spaces: Practice guidance
This guidance is for developing overnight low-threshold spaces for those experiencing substance use disorder and homelessness.

The City of Boston is installing opioid overdose reversal kits in municipal buildings, thanks to a $30,000 donation.

The City of Boston is committed to rebuilding the Long Island bridge and creating a recovery campus.

The intersection is an area of Boston with a long history of serving the City's most vulnerable populations.

Mass. secured a $573 million settlement with McKinsey & Company for "turbocharging" opioid sales and profiting from the...

Learn how to reverse an overdose and access Narcan at a free training.

Learn how you can work with the Office of Recovery Services.

The words we use to talk about addiction matter.