This page contains information about the Neighborhood Slow Streets plan for the Washington - Harvard - Norwell neighborhood.

The Washington - Harvard - Norwell neighborhood is one of five communities selected to join the program in 2018.

Sign up to get email updates specific to the Washington - Harvard - Norwell neighborhood.

This summer, we updated our proposed designs to reflect community concerns. You can view our updated plan online:

We shared concept design plans at a public meeting on June 12 at the Aspirers Community Center at 358 Washington Street in Dorchester.

We joined community members for a neighborhood walk on Tuesday, October 16, 2018, at 4 p.m. This walk was an opportunity for community members to share their transportation-related safety concerns. We started at Harvard Street and Norwell Street and neighbors were welcome to join all or some of the walk. 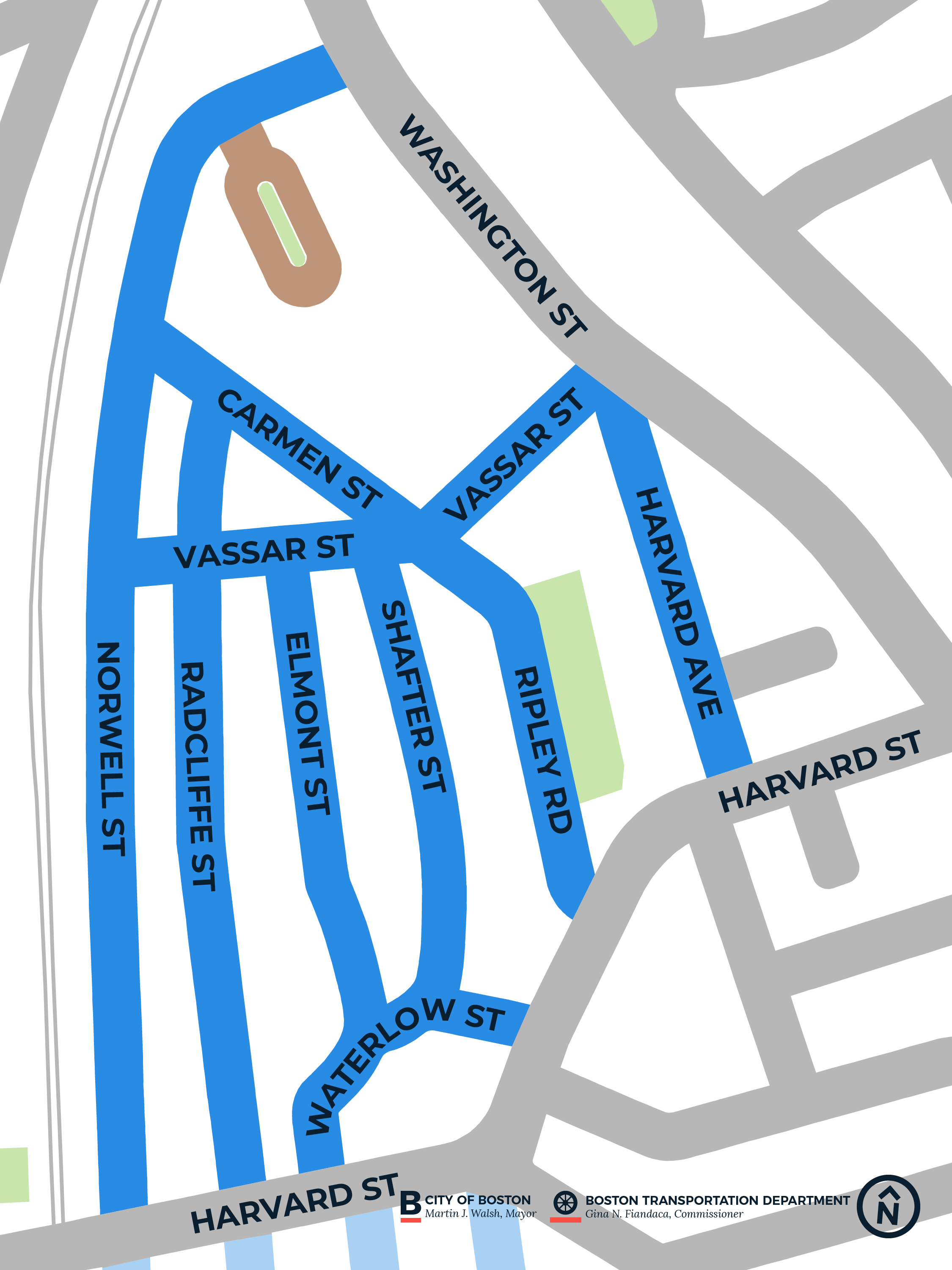