Building on his commitment to creating and maintaining affordable housing in the City of Boston, Mayor Martin J. Walsh together with LIHC Investment Group, Belveron Partners, and the Boston Housing Authority, today announced the preservation of 60 affordable rental homes at Mercantile Wharf in the North End, with the support of the building's tenants.

"Preserving affordability in housing is a top priority for my administration, and I am so proud that with the support of many partners involved we have been able to secure long-term housing affordability for tenants at Mercantile Wharf," said Mayor Walsh. "I want to thank everyone involved for their support and assistance in keeping these units affordable for residents in the North End." 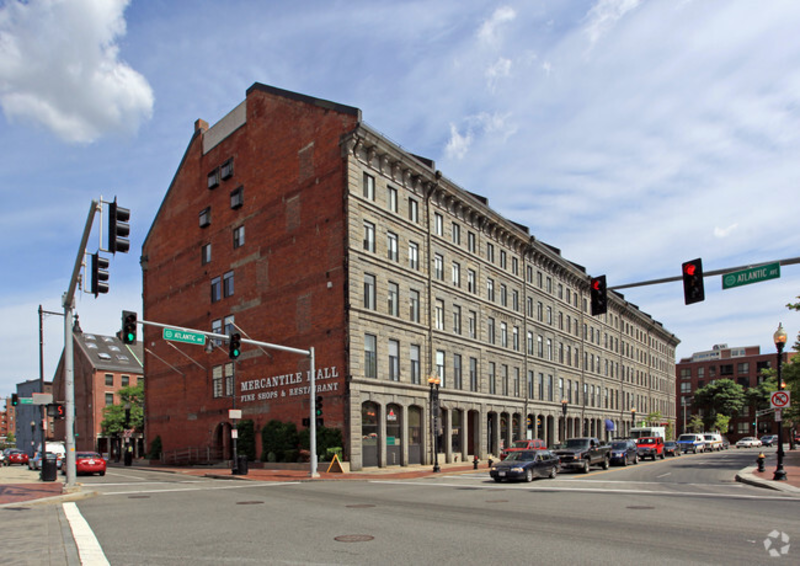 Mercantile Wharf is a 122 unit mixed-income community that ­received subsidies through the 13A mortgage program in the 1970s, which allowed property owners to secure low-interest loans in exchange for providing below-market rents to tenants. In 2018, the provisions governing Mercantile Wharf expired, putting it at-risk of losing its affordability as units became vacant and re-rented at market rate. Instead of allowing this to happen, owners LIHC Investment Group and Belveron Partners have agreed to a preservation plan with the Boston Housing Authority and MassHousing to protect existing residents and maintain the units for low-income tenants in the future.

Under the terms of the agreement, 48 very low-income households at Mercantile Wharf were eligible for and will benefit from a new Project-Based Section 8 contract, guaranteeing their homes will remain affordable for at least the next 20 years. These federally backed, project-based vouchers are a form of rental assistance that stays with the property so if a unit becomes vacant, it is reserved for incoming tenants earning no more than 50 percent AMI. Section 8 also limits the amount a tenant pays toward rent to 30 percent of their adjusted gross income.

"This agreement ensures that longtime residents of Mercantile Wharf will continue to remain in their homes and that affordability protections remain in place for decades," said MassHousing Executive Director Chrystal Kornegay. "MassHousing's top priority in addressing expiring Section 13A mortgage restrictions is ensuring that at-risk residents are protected, and we thank the City of Boston for its leadership in preserving this important affordable housing resource."

"This was an agreement that will ensure housing stability for dozens of families in the North End," said BHA Administrator Kate Bennett. "Communities like Mercantile Wharf are an essential part of the city's urban fabric, and we are proud of the role we've played in securing their long-term future here in Boston."

"Rising rents in this part of Boston have forced many longtime residents to move elsewhere, however that will not be the case at Mercantile Wharf," said Charlie Gendron, Principal, LIHC Investment Group, which has partnered with the City of Boston on several occasions to preserve at-risk properties, including 171 homes at Concord Houses in the South End.

"Prioritizing the preservation of communities like Mercantile is an effective way of maintaining the mixed-income, diverse neighborhoods which made Boston the great city that it is today," noted Gendron. "We wish to thank Mayor Walsh, DND, BHA, and MassHousing for working hand-in-hand to make this preservation possible, as well as our residents and MAHT for their patience, support, and for helping get us across the finish line."

"We are thrilled about this outcome. Not only will 60 affordable apartments be saved for our Mercantile Wharf community, but most tenants will actually win a rent reduction," said Sandi Padellaro, President of its Tenants' Association, which spearheaded negotiations with the owners and city agencies. "Ours is the only building in this zip code that offers any affordable housing and its preservation is critical to the stability and future of our beloved neighborhood."

"We want to thank the Mass Alliance of HUD Tenants (MAHT) for helping us organize and partner with the owners to propose creative solutions that helped save our home," Padellaro continued. "We also want to applaud LIHC and Charlie Gendron for their flexibility and willingness to help us achieve our vision of an affordable, mixed-income community in a prime location on Boston's North End Waterfront."

"Over four decades ago Boston pioneered mixed income-affordable housing with Mercantile Wharf and this extraordinary history of inclusion continues today," said Paul Odland, Founder, Belveron Partners. "Thank you to this entire community for allowing us our part in a historic commitment to another lifetime of preserving these homes."

"This is a historic victory," commented Michael Kane, Director of MAHT, which helped the tenants organize. Since 1983, MAHT has saved more than 12,600 homes like Mercantile Wharf as affordable housing, one building at a time, through tenant organizing. "Saving affordable housing in the heart of the gentrifying North End/Waterfront strikes a major achievement for neighborhood diversity. The Tenants' Association is to be commended for its visionary and passionate leadership in making this happen."

"Preserving existing affordable housing is an important part of our work to expand housing access over the long-term and prevent the displacement of long-standing communities," said Housing and Community Development Undersecretary Jennifer Maddox. "We are proud of this collaboration with the Boston Housing Authority and MassHousing to preserve affordability at Mercantile Wharf. By leveraging state and federal resources, we are able to keep nearly 50 apartments affordable for the next 20 years, and provide current residents with long-term housing stability."

Mercantile Wharf is the third housing development at an expiring 13A property to secure support from the Boston Housing Authority. In addition to the units at Mercantile, Mayor Walsh has announced the preservation of 38 units of housing at Newcastle-Saranac in the South End, and 48 units at the Forbes property in Jamaica Plain. More than 4,200 low and moderate-income apartments throughout Massachusetts were financed in the 1970s through the state's Section 13A program.

Boston Housing Authority (BHA) provides affordable housing to more than 58,000 residents in and around the City of Boston. Residents are assisted through a combination of public housing and federal and state voucher subsidy programs that provide a wide variety of housing opportunities. As the largest public housing authority in New England, the BHA houses close to 9 percent of the city's residents. Our mission is to provide stable, quality affordable housing for low and moderate-income persons; to deliver these services with integrity and mutual accountability; and to create living environments which serve as catalysts for the transformation from dependency to economic self-sufficiency.

Led by Charlie and Andrew Gendron, LIHC Investment Group has grown to become one of the most respected real estate investment groups in the industry. The firm holds an ownership interest in 37,000 units of multi-family affordable housing nationwide and appears on Affordable Housing Finance's list of the top 10 companies completing acquisitions in 2019. Over the years, LIHC has transacted with over 4,000 Limited and General Partners to acquire well over $5.5 billion in holdings, primarily in metropolitan areas such as New York City and Boston.

Belveron Real Estate Partners, LLC is a privately held firm focused on preserving affordable and workforce housing across the United States. We are headquartered in San Francisco with additional offices in Boston and New York City. Founded in 2006, Belveron and its affiliates have invested and preserved hundreds of properties across 33 states, representing more than 50,000 affordable homes. Today, Belveron is one of the country's largest equity investors with a singular focus on workforce and affordable housing.

We operate and own controlling, fee simple, and non-controlling interests in the workforce and affordable properties in concert with our investment and preservationist goals. Often these ventures are structured with regional operating partners. Through its double bottom-lined investment philosophy, Belveron has created value for its investors and communities across the country.