No leader played a more significant role in Boston’s struggle for educational equity than Ruth Batson.

Editor's note: This month, the Resilience team wanted to take the opportunity to spotlight one of Boston’s very own activists for Black History Month. However, we want to note that Black History is a part of American history, and should be a stable facet of every month. As our office continues to work towards building racial equity and resilience through the initiatives highlighted in our soon-to-be released strategy, we draw inspiration from the methods used by leaders of our City's past. As the first of a series of our citywide conversations with Mayor Martin Walsh pointed out, though our diversity is increasing every year, we’ve got a lot of work to do to heal the injustices of the past, and make sure that our City is a hub of equitable opportunity for all Bostonians.

The history of the 30-year struggle for racial desegregation and educational equality in Boston cannot be adequately told without attention to Black women and mothers that vigorously advocated for their rights, values, and the education of the children in their communities during the 1950s-70s. No leader played a more significant role in Boston’s struggle for educational equity than Ruth Batson.

In 1951, Batson became the first black candidate for the Boston School Committee in the twentieth century. This election would mark the beginning of an extensive political career traversing regional boundaries and educational initiatives. By the mid 1960s, as the Chairwoman of the NAACP’s Education Committee, Batson was helping to spearhead a sustained campaign to desegregate Boston’s public school system. In both her roles as commissioner for the Massachusetts Commission Against Discrimination and representative of the NAACP, Batson’s sustained involvement spanned the organization of protests, petitions to the school board, appeals to the Boston school committee, and ultimately, the court decision that implemented busing as a method of school desegregation in the early 1970s.

It is important to note though, as Jeanne Theoharis, co-editor of "Groundwork: Local Black Freedom Movements in America" writes, “that black women’s activism was neither exceptional nor episodic but rather a fundamental and sustained repudiation of the politics and economics of race in the City.” Black feminist sociologist Belinda Robnet’s book, "How Long? How Long?: African-American Women in the Struggle for Civil Rights," identifies a distinct mode engaged by African American women in the U.S. Civil Rights Movement known as “bridge leadership." As an intermediate layer of leadership tied closely to action carried out via grassroots organization around particular protest campaigns, bridge leaders fostered ties between the movement and its constituency and surrounding community, as well as mediating and linking change efforts oriented to individual identities and consciousness and those directed strategically toward institutional targets.

As a bridge leader, Batson’s activism and story in particular challenges modern historiographical understandings of Black female political agency against racial injustice. In her endeavor to raise a particularly Black and female consciousness to mediate change efforts, Batson travels within a current of Black women’s pivotal roles in the struggle for Black self-sovereignty against oppressive institutional forces.

To learn more about Ruth Batson and other black women central to the Civil Rights movement, check out: 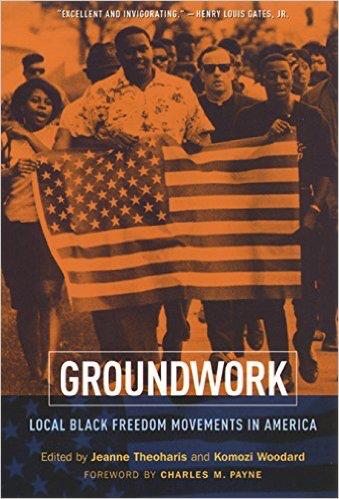 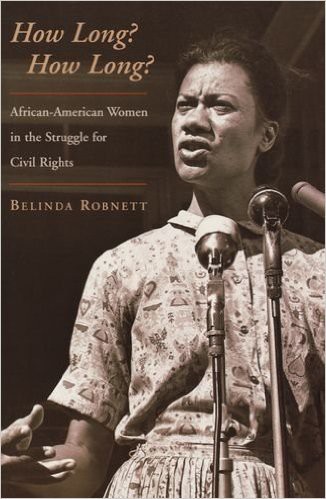 How Long? How Long?: African-American Women in the Struggle for Civil Rights by Belinda Robnett (Author)
About the Author

Aja Antoine is Senior at Brandeis University majoring in African and Afro-American studies and Sociology. In 2014, she participated in the Justice Brandeis Semester program, Civil Rights and Educational Equity in the U.S., traveling and studying with students from Brandeis and Jackson State University to examine the legacies of school desegregation in Boston and Jackson, Mississippi. Her principle interests include a passion for using archival research as a tool for social change and activism, with a focus on Women in the Civil Rights Movement, education, equality and restorative justice. Aja is currently the Management Fellow at the Eli J. and Phyllis N. Segal Citizen Leadership Program at the Center for Youth and Communities.