In January of 1846, the Hayden family moved to Boston. The Haydens became key leaders in Boston's African American and abolitionist communities. Their Beacon Hill Home served as a stop on the Underground Railroad and a gathering place for Boston's abolitionist movement.

In 1844, two years before their arrival in Boston, Lewis and Harriet Hayden and Harriet's son Joseph escaped from slavery in Kentucky on the Underground Railroad. The Haydens had experienced the brutality and loss of slavery firsthand. As a child, Lewis saw his siblings sold away from his family and as an adult, he lost his first wife and two sons to the auction block.

Lewis remarried a woman named Harriet Bell and adopted her son, Joseph. Together, the newly formed family planned their escape from the Kentucky plantation where they were enslaved.

Aided by Methodist Minister Calvin Fairbank and teacher Delia Webster (pictured at left), the Haydens escaped from Kentucky. At times, Harriet and Lewis rubbed flour on their faces so that they would appear white, while Joseph hid under the seat of the wagon in which they traveled. The Haydens safely arrived in Canada, but Fairbank and Webster were apprehended on their journey back to Kentucky and imprisoned for their part in aiding the Haydens and others escaping from slavery.

After short stays in Detroit and New Bedford, the Haydens moved to Boston in January of 1846. They settled in Beacon Hill where Lewis opened a clothing shop. Harriet and Lewis became leaders in Boston's abolition movement and opened their home to African Americans fleeing slavery. Their Southac Street home (now 66 Phillips Street) became a stop on the Underground Railroad. According to the records of the Boston Vigilance Committee, between 1850 and 1860, Harriet and Lewis sheltered hundreds of people who were journeying to freedom. City records hint at the activities at the Hayden home. The below page from the City's 1850 tax records shows the Haydens' residence at 9 Southac Street. Jacob Matthews, an African American preacher, is listed as living with them. 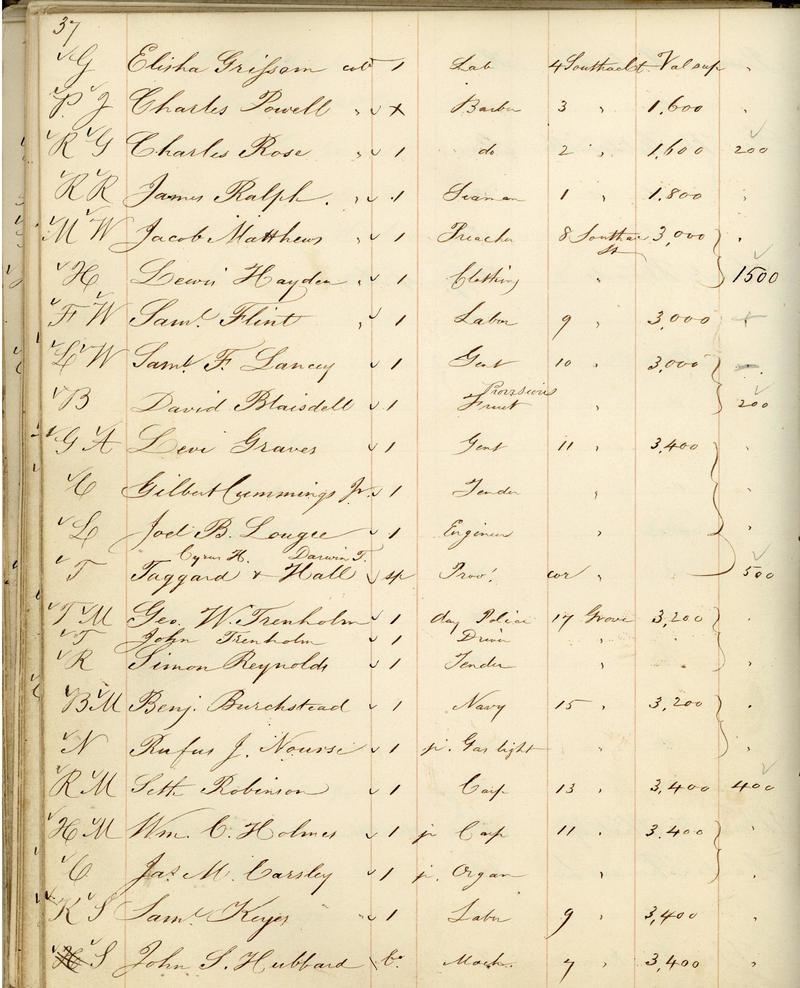 Although Massachusetts effectively abolished slavery in 1783, the Fugitive Slave Act allowed "slave catchers" to apprehend escaped African Americans and return them to slavery for a bounty.

The Haydens not only sheltered individuals and families journeying to freedom, but also became involved in formal organizations fighting slavery. The petition below shows Lewis' signature on a petition for the use of Faneuil Hall for an Anti-Slavery Society meeting in 1852.

When the Civil War began, Lewis began recruiting African American soldiers for the Massachusetts 54th Regiment. After the end of the war, he remained active in public life, winning a seat in the Massachusetts General Assembly in 1873. Upon his death, Boston's Common Council passed the below resolution honoring him as "one of the pioneers in the freeing of this country from the curse of slavery." 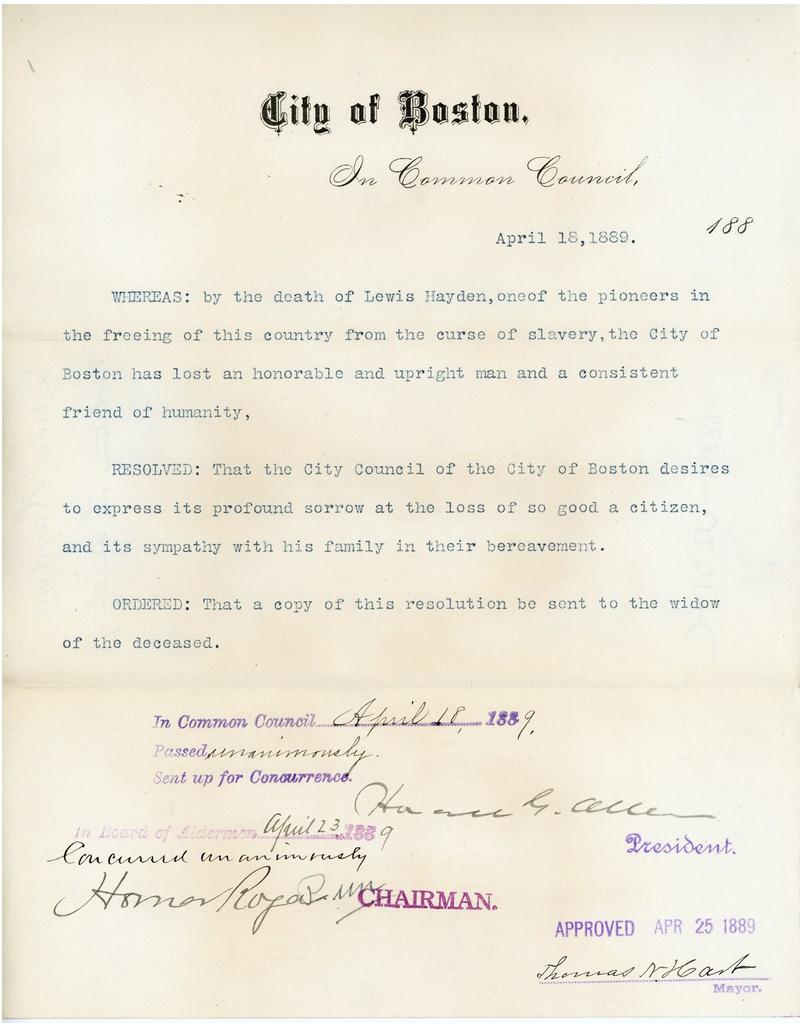 The Lewis and Harriet Hayden House still stands at 66 Phillips Street where it is a stop on the Black Heritage Trail.

Want to learn more about the Haydens? Check out these interesting articles below!