Standing proud at 496-feet tall, the Custom House Tower is a monument to a previous era in Boston’s history.

The tower is built as an addition to the original Custom House at its base. The Custom House, constructed in the late 1830s, was built in the Greek Revival style, and served a crucial purpose in Boston’s maritime history. 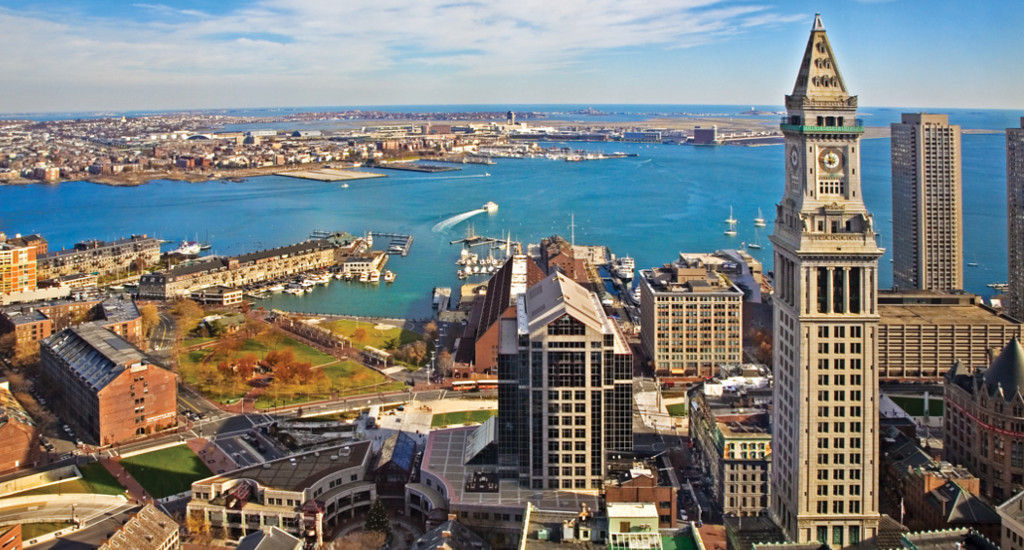 In its prime, the Custom House was used to collect import duties and as the offices for inspectors. Boston’s harbor was once bustling with clipper ships and other trading vessels, and was a central hub of international trade. The Custom House, as the name suggests, provided the federal government with a station from which to conduct the monitoring and enforcement of trade in the harbor.

Although Boston’s waterfront today extends far beyond the Custom House, when it was constructed the harbor was not as distant as today; in fact, the original shoreline was up almost near the Old State House. By the time of construction, the Custom House sat on the edge of the harbor, perfectly situated to send its agents out for inspections and tax collection. Long Wharf, now much shorter, traveled almost to its doorstep.

In the early 1900s, the size of the original Custom House could not adequately accommodate the amount of resources needed for the increased demands of a larger and more robust trade fleet. Eventually, the architecture firm Peabody & Stearns, famous in Boston’s architectural history and wildly influential in the area, added their design for a tower to the building. A remarkable design, the building’s height made it the tallest building in Boston for several years, and it towered over everything else surrounding it, a reminder of Boston’s place in the maritime trade. In fact, its mighty stature is only a result of its status as a federal building. At the time, the building code in Boston limited new buildings to 125 feet. However,  the federal exemption allowed the Custom House Tower to rise an additional 371 feet over the limit. 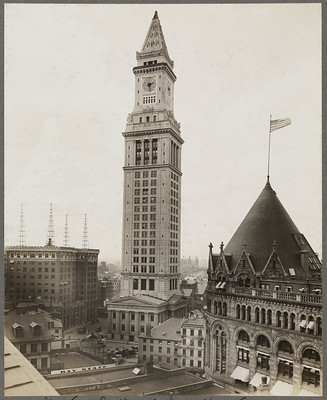 The tower itself is clad in granite, mimicking the style of the base Custom House. This building material continuity allows for the unaware to see the building and tower as one unit, rather than an addition. This continuity marks the tower as a prime example of working with history, rather than trying to fight it — a respect of the style, features, and success of the past. Presently, the Custom House Tower is home to a Marriott timeshare and hotel. When Government Center was redeveloped, new federal buildings allowed for a consolidation of different agencies, including the ones formerly occupying the Custom House. The newly vacant building sat empty for several years, until finally Marriott announced plans for its occupation.

Although no longer publicly-owned , the building still allows for public access. A maritime museum now sits in the ground floors, and an observation deck on the 26th floor provides a view over the City and the harbor that the building once held such dominance over. Although Boston’s cityscape has changed significantly since the Custom House and its Tower were constructed, its continued prominence over downtown and the waterfront stands as a reminder to both visitors and and residents of the City’s history.