Celebrating Juneteenth in the City of Boston

Learn more about what's happening in the City of Boston and around the country for Juneteenth on June 19, the anniversary of the reading of the General Orders, No. 3, which officially informed slaves that they were free.

We have information below about virtual Juneteenth events in Boston and around the country, educational resources, as well as ideas for celebrating the holiday. 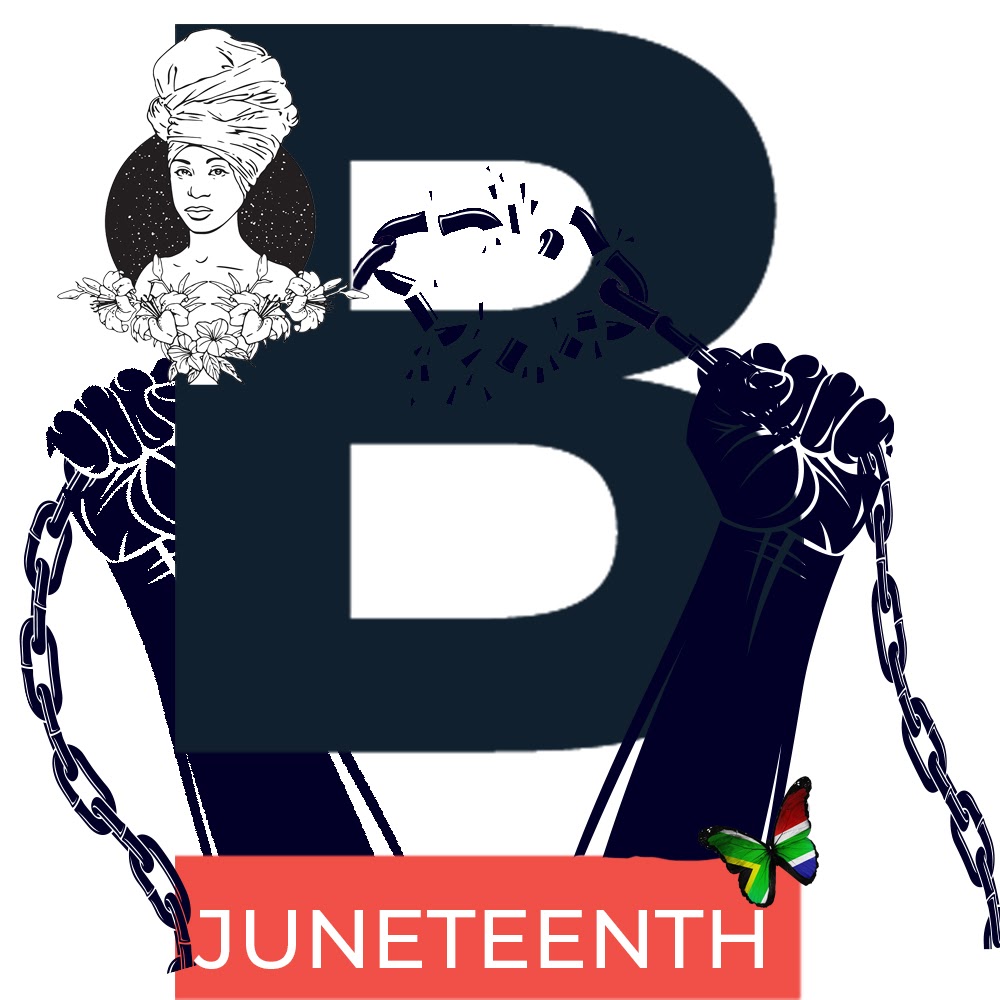 This year's Juneteenth Boston "B" was designed and submitted by a City Employee, Tyissha Jones-Horner.

Tyissha Jones-Horner is from Roxbury, and currently resides in Dorchester with her husband and children. She serves as the Administrative Director of Volunteer programs for the Age Strong Commission. She is also a member of the City of Boston’s Black Employee Network and attends the University of Massachusetts Lowell’s Kennedy College of Sciences and is in her last year of studying towards a degree in computer science.

Tyissha’s inspiration behind this design was the love of her people, freedom, social justice, and the many mothers who pray over the lives of their Black children.

On July 4, America marks its independence with brilliant fireworks displays, parades, and endless red, white, and blue-themed celebrations of patriotism.

For many Black Americans, however, these celebrations fall short of reflecting their lived experiences and those of their ancestors. They instead look to another date, June 19, as a more fitting time to celebrate freedom, with a holiday known as Juneteenth.

Juneteenth marks the day in 1865 that Union soldiers, led by General Gordon Granger, reached Galveston, Texas. they announced to the state that the Civil War was over and that all enslaved persons had been declared free.

Although the Emancipation Proclamation had become official over two years prior, the institution of slavery remained untouched in areas beyond Union control. In taking control over the state, the Union effectively liberated the remaining slaves in Texas. They also ended this specific form of slavery in America.

Juneteenth has become not only a time to commemorate Black liberation from the institution of slavery, but also a time to highlight the resilience, solidarity, and culture of the Black community. It is a time for Black Americans to reflect on their ancestral roots. They're also able to join together to celebrate the freedoms and lives that generations have fought to secure. 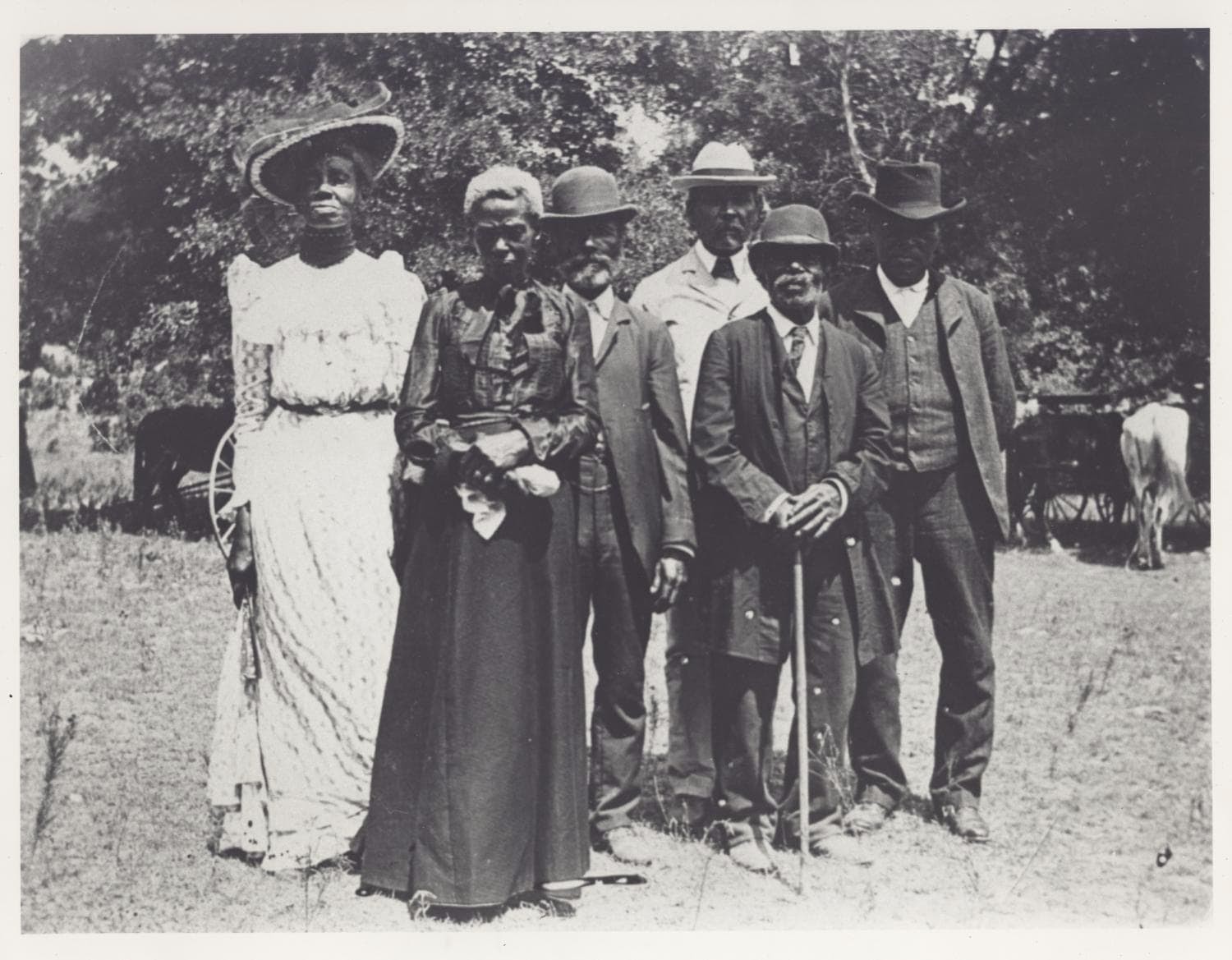 Today, Juneteenth is marked as much by tradition as it is by the ways that it has adapted over time. For all of the sports and games and dress that have become a part of some of the celebrations today, the core remains unchanged: family, food, and community.

Community-wide barbecues and block parties have become Juneteenth custom. One of the first large-scale Juneteeth celebrations in Boston started in the 1990s when a group of Roxbury residents met following the funeral of a mutual friend. They decided to start an annual event that has since become known as the Roxbury Pride Day Juneteenth Celebration, one of several large-scale celebrations in the City.

Read the full article on Boston.gov

Events across the nation

Virtual Juneteenth Music Festival
Thursday, June 18, 2020, 9 a.m. - 4 p.m. Streaming online
The full day of online programming will include panels, performances, a virtual marketplace, and The DREAM BIG Awards powered by US Bank.
Karamu House performs 'Freedom of Juneteenth'
Friday, June 19, 2020, 7 p.m. sStreaming details and locations to be announced
The program features musicians and vocalists, spoken word artists, and dancers as they too, respond to the recent murders of Black Americans through their respective art forms.

Try using the new BPL to Go service or patronizing Frugal Bookstore in Roxbury, Boston’s only Black-owned bookstore to obtain copies of these titles!

Online now at the Google Cultural Institute, meet Boston's black community leaders, abolitionists, and activists. Explore the ways in which they strategically used the power of public memory in their pursuit of freedom.

Explore one of the largest institutional holdings of special collections materials related to the 19th-century abolition movement, a half-century fight to end the slave trade in the United States and free enslaved blacks. Many leading anti-slavery activists of the period had ties to New England and women played notable, visible roles within the movement as organizers, fundraisers, and advocates.

How to recognize and celebrate

Educate yourself and your family about this day.

Read, read, and read some more! We teach our children about the 4th of July, let us start teaching them about this important day in history.

Here is a list of Black-owned small businesses in Boston to get you started.

Plan a virtual gathering with family and friends to acknowledge Juneteenth.

Exchange facts or quotes from history. Discern how certain significant and historical events have impacted your life today. Make it a point to thank those who have helped open doors for you to achieve.

The hashtag #IamJuneteenth represents the effect that inclusion has on the quality of life of every American. When everyone is included and represented, humanity benefits. The COVID-19 pandemic has united us all, so this year in an effort to provide an amplified voice we are asking everyone to join in on commemorating Juneteenth as a national freedom day celebration.

The 2020 Census is a way to directly increase community power. It will impact our daily lives for the next 10 years. Many of Boston’s communities are at risk of an undercount. We need a complete and accurate count because all of Boston deserves to be seen, heard, and invested in.

Make sure your voice is heard