In the fall of 1829, Boston abolitionist David Walker wrote and published a pamphlet entitled, “Appeal to the Colored Citizens of the World.” In the pamphlet, Walker denounced slavery and encouraged enslaved people to fight for their freedom.

David Walker was born to a free mother and an enslaved father in Wilmington, North Carolina around 1797.  By 1825, Walker had moved to Boston where he ran a clothing shop, and played an important role in Boston's African American community. Walker was active in a wide variety of Boston's African American and abolitionist organizations and wrote for the New York publication, "Freedom's Journal".  In 1829, Walker wrote, "Appeal to the Colored Citizens of the World."  The pamphlet called for the immediate abolition of enslaved African Americans and for their equal rights. It was a daring pamphlet and one that put Walker's life and freedom in jeopardy. 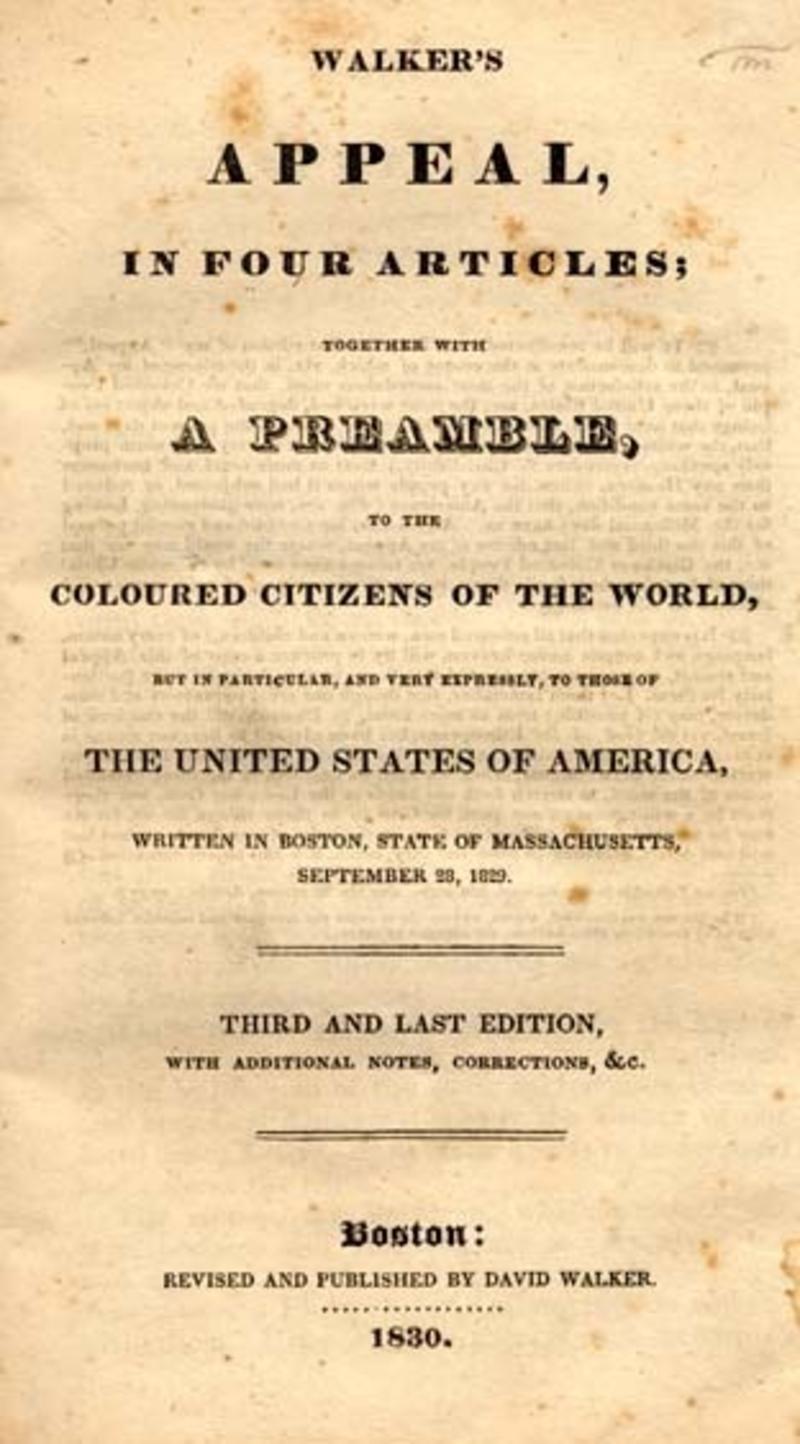 Walker smuggled copies of his pamphlet to southern states, using ships leaving from New York and Boston. Soon his writing was being circulated throughout Georgia, Virginia, and North Carolina.

The pamphlet alarmed white slave owners, and they made attempts to silence Walker. They put a price on his head of $10,000, if he was alive, and $1,000 if he was dead.

In February of 1830, Governor William Giles of Virginia sent the below letter to Mayor Harrison Gray Otis of Boston. Previously,  Mayor Otis had spoken against Walker’s abolitionist pamphlet, but had declined to take action against him. 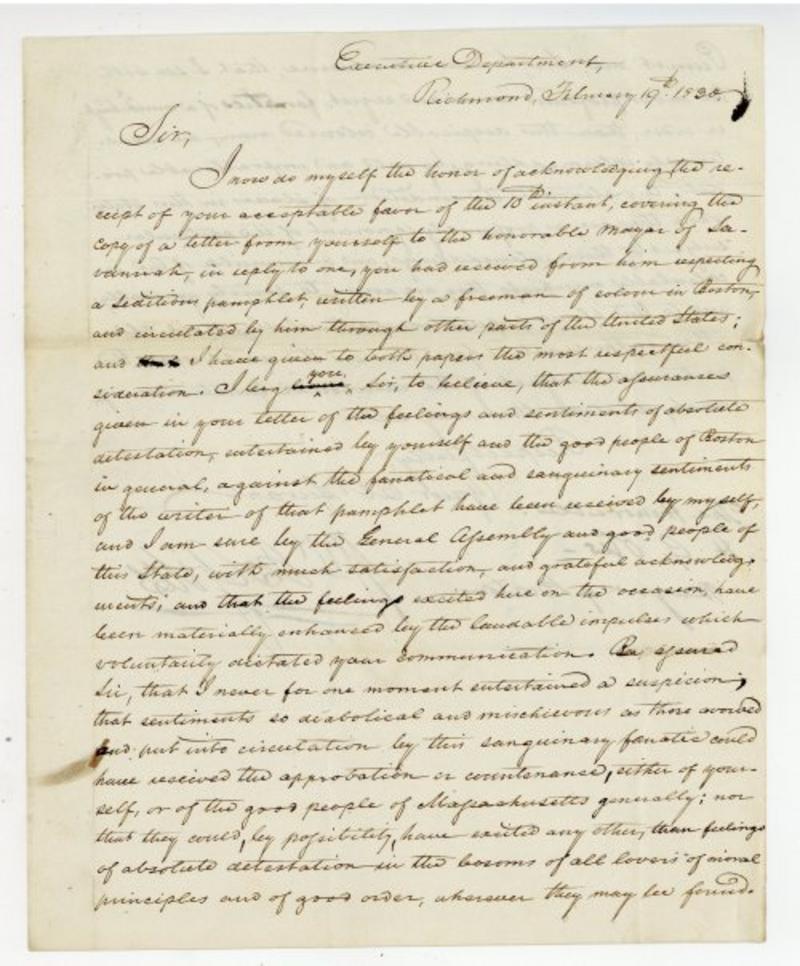 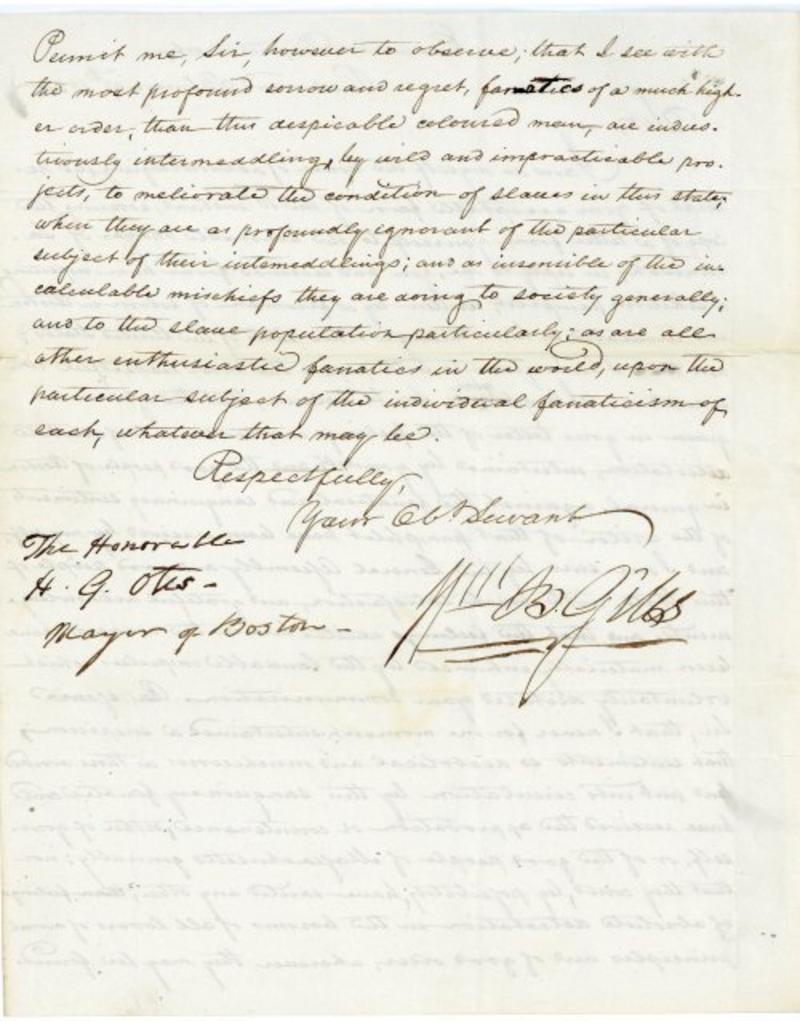 Governor Giles thanked Otis for his words against Walker's pamphlet, writing, “the assurance given in your letter of the feelings and sentiments of absolute detestation, entertained by yourself and the good people of Boston against the fanatical and sanguinary sentiments of the writer of that pamphlet….”

Though the Governor appreciated Otis’ opposition to the pamphlet, he hinted at his annoyance with Boston’s growing abolitionist community. He also wrote, “Permit me Sir, however, to observe; that I see with the most profound sorrow and regret, fanatics of a much higher order….are industriously intermeddling [sic] by wild and impracticable projects to meliorate the condition of slaves in this state….” Pro-slavery Americans saw Boston's abolitionist community, and specifically David Walker, as a growing threat to the slavery system.

Walker died from tuberculosis shortly after publishing his pamphlet, in August of 1830. However, his writing and legacy lived on.  Walker's "Appeal" influenced the thinking of abolitionists and civil rights activists for years to come. His son, Edward G. Walker, born after his death, carried on his father’s abolitionist work, collaborating with other Boston abolitionists such as Lewis Hayden.  In 1866, Edward Walker became the first man elected to the Massachusetts General Assembly.

To learn more about David Walker and his fight against slavery, take a look at this biography from DocSouth and this material complied by the David Walker Memorial Project.