On a recent Saturday, fresh from an hour of fun in the pool with the BCYF Camp Joy Winter Program, sixteen-year-old David sat down on a couch in the teen center. He has been coming to Camp Joy’s summer and winter programs for many years. He introduces himself as David Gonzalez, Jr. but he’d prefer to be called “Peter Parker,” the real name of Spider-Man, because he is very into superheroes. His love for them began with the Powerpuff Girls, a children’s cartoon, when he was younger, and has since grown to encompass most if not all superheroes. But his favorite by far is Spider-Man. 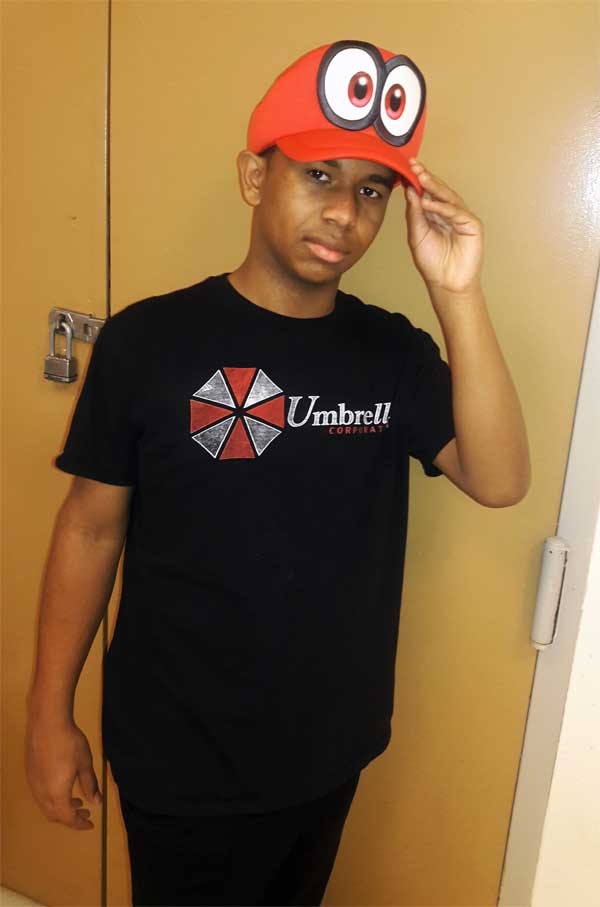 Now a sophomore excelling at the Urban Science Academy, David first began attending the Camp Joy summer program when he was three years old. Now he comes to the Camp Joy Winter Program during the school year. He likes Camp Joy because, “it’s fun and has great people.” Time in the pool is his favorite of the many activities — it’s where he gets fit. He says he’d stay home and play video games if he didn’t come. He likes his Mario Brothers games but he’d rather be here.

David’s mom, Tomeka, when asked to tell how she felt about Camp Joy, enthusiastically said “We love Camp Joy!” She went on to share that when David began attending Camp Joy he was non-verbal. She said the staff were welcoming, professional, and wonderful with David. Tomeka wishes there were more programs like Camp Joy out there for families. She really enjoys the free time on Saturdays to get things done knowing that David is having fun and being well cared for. She feels the biggest direct benefit for her is the support from all the Camp Joy staff and the knowledge that there is a team supporting David and helping him learn and grow.

So, what’s next for David? Well, he’s excited for the upcoming Camp Joy field trip to the movies. He makes sure the staff knows he likes popcorn and Pepsi, no ice, as his snack. Long term, David would like to finish school, maybe move to New York City and start his own company. He’d like to call it Parker Industries.

Learn more about the program: