The Mayor also advocated for education finance reform that will help improve students' lives throughout the state.

Mayor Martin J. Walsh today delivered his 2019 Boston Municipal Bureau Speech, as he announced new initiatives and investments being made in Boston's transportation infrastructure that will help increase safety for all users of the road, ease congestion and provide more viable transportation options for residents. Mayor Walsh also announced updates to how Boston will reach its climate goals, and advocates for education finance reform that will help improve students' lives throughout the state. 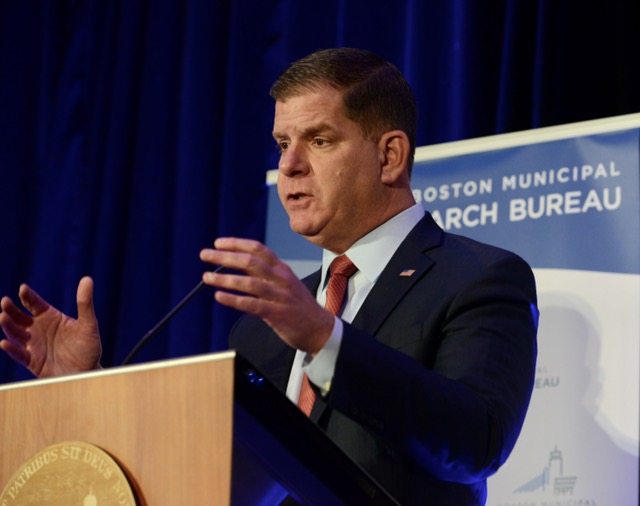 "We're working hard for our hard-working city -- and doing things differently in Boston," said Mayor Walsh. "It's our work that defines our vision for Boston, and from transportation, to the environment, to education, we'll continue to take on the tough challenges, and create a stronger Boston with more opportunities for the next generation to come."

Education Finance Reform for the Commonwealth