Notes from the Archives: Amelia Earhart in Boston

On this day, in 1897, Amelia Earhart was born in Atchison, Kansas. Did you know that Earhart had a Boston connection? 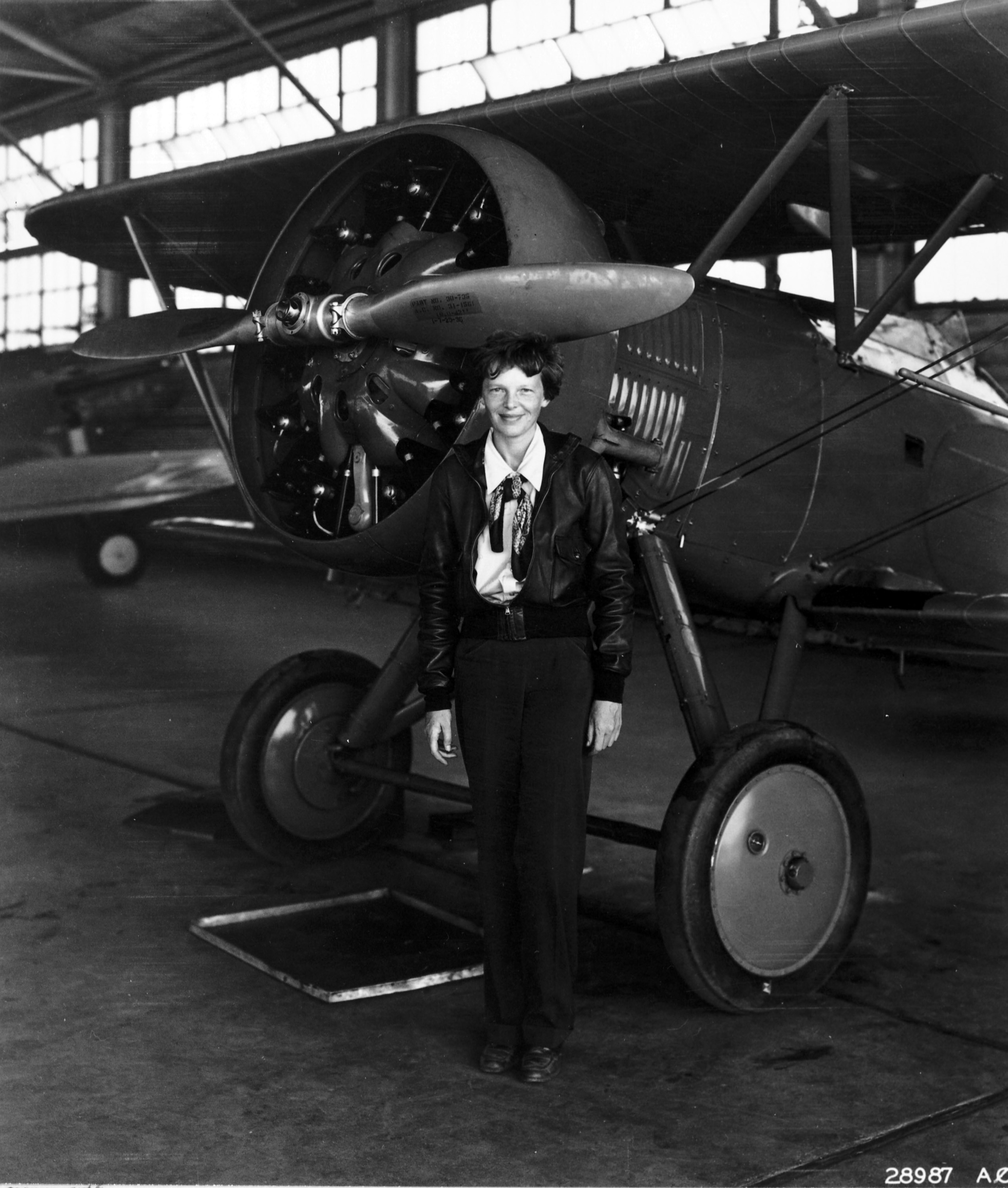 We wondered, what was the Denison House and what happened to it? We did a little digging in our collections and found some records about the house.

Denison House was founded in 1892. It was originally known as the Boston College Settlement, and was supported by women from Boston College. The women named the house for Edward Denison, an Englishman who lived and worked in London’s East End. Denison was a fore-runner of the Settlement Movement. This pamphlet tells us that Denison House operated into the early 1940s. In 1941, the settlement house released the below statement, citing neighborhood depopulation as a reason for closing the house. 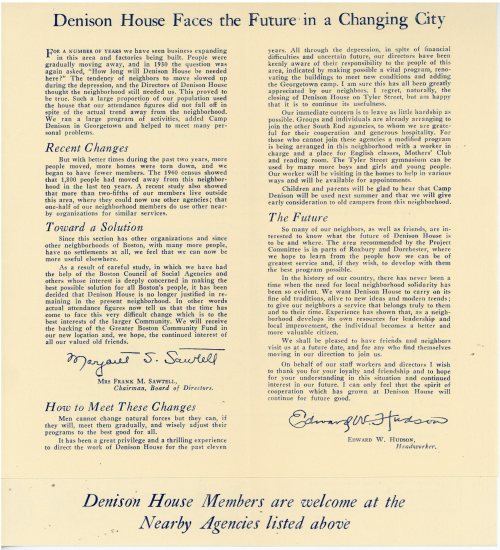 South End residents who used the settlement house’s services were directed to other local social welfare agencies, including the South End House, the Chinese Mission, and the Salvation Army. You can see a list of the agencies below.

You can learn more about the intersection of Amelia Earhart’s careers as a social worker and pilot at Virginia Commonwealth University’s Social Welfare History Project.