Notes from the Archives: The kidnapping of Nellie Burns

In April of 1870, Nellie Burns disappeared from her Boston home. More than 100 years later, archivists at the City Archives found the ransom note sent to her parents filed in the Board of Aldermen's records.

On August 15, 1870, Boston’s Board of Aldermen paid James Doherty a reward for information leading to the capture of Nellie Burn’s kidnapper. The order as well as other documentation of Nellie's kidnapping were filed in Board of Aldermen's dockets, and eventually came to live at the Boston City Archives. 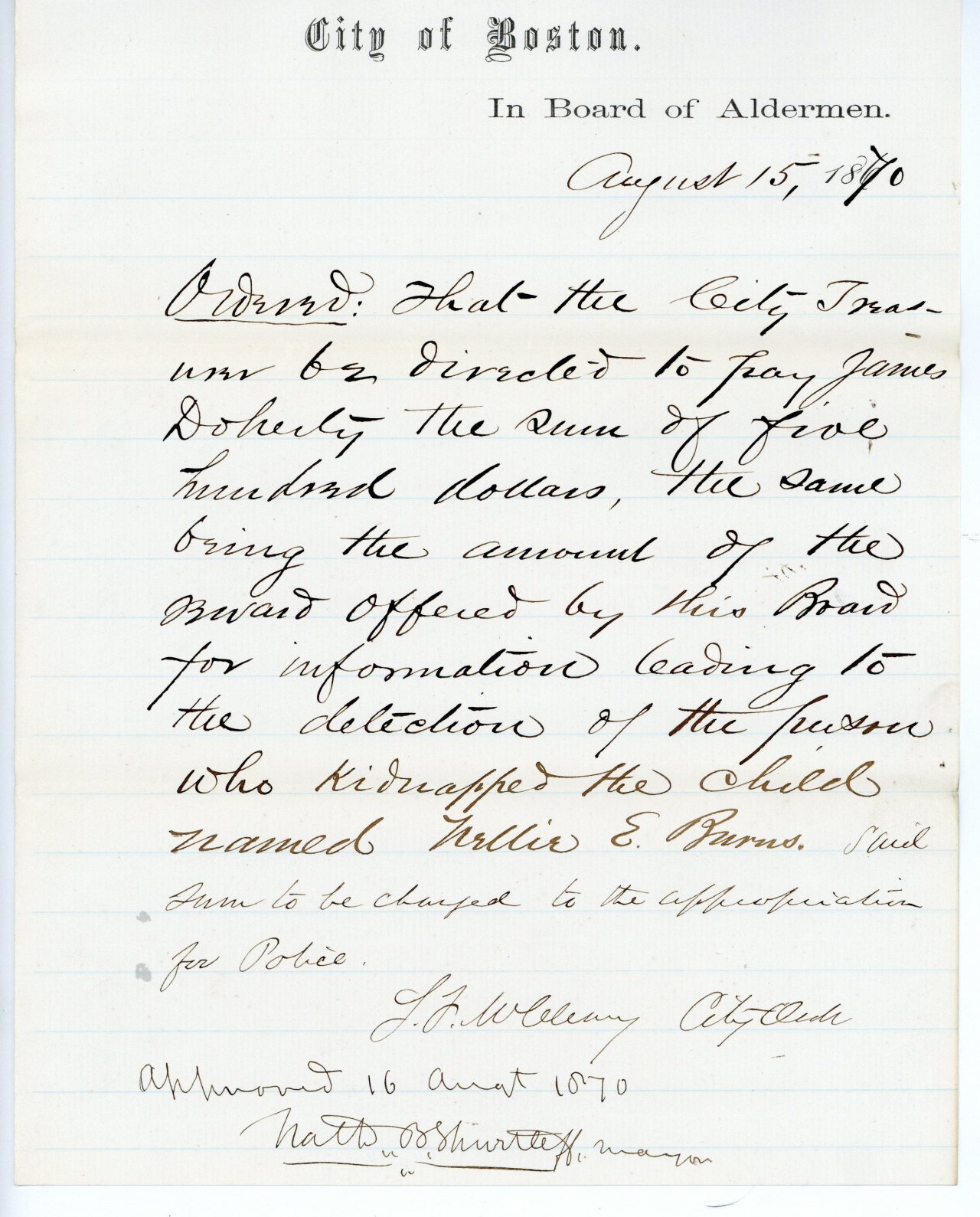 Nellie Burns was kidnapped in April of 1870. Shortly after she disappeared, her family received the below ransom note. It demanded that $200 in unmarked bills be sent immediately to the kidnappers. The note warned that counterfeit or marked bills “would not be received” and that it would be no use to arrest the person who came to collect the money “as they will know nothing about it.” The note also demanded that more money be paid after Nellie was released. 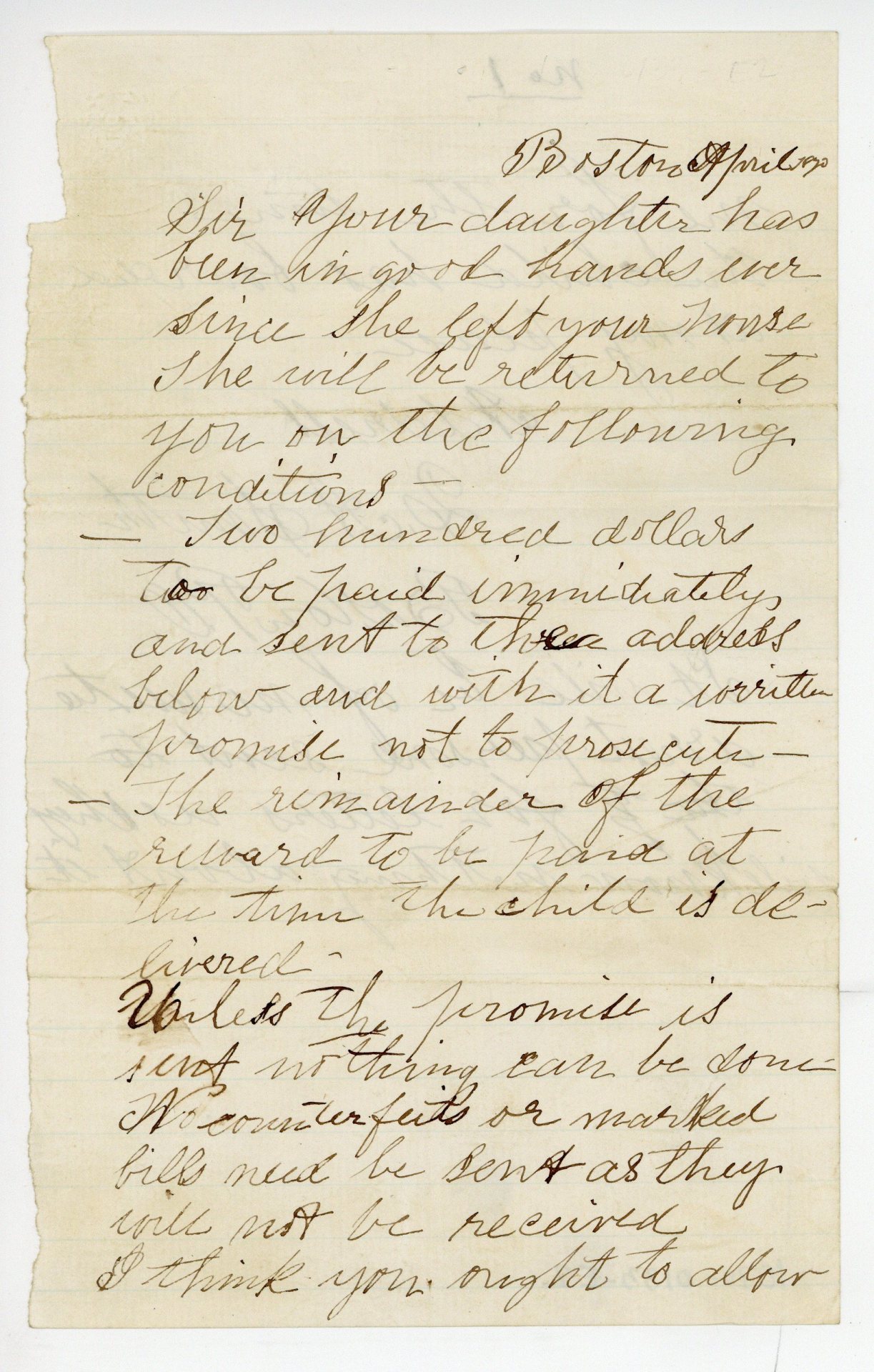 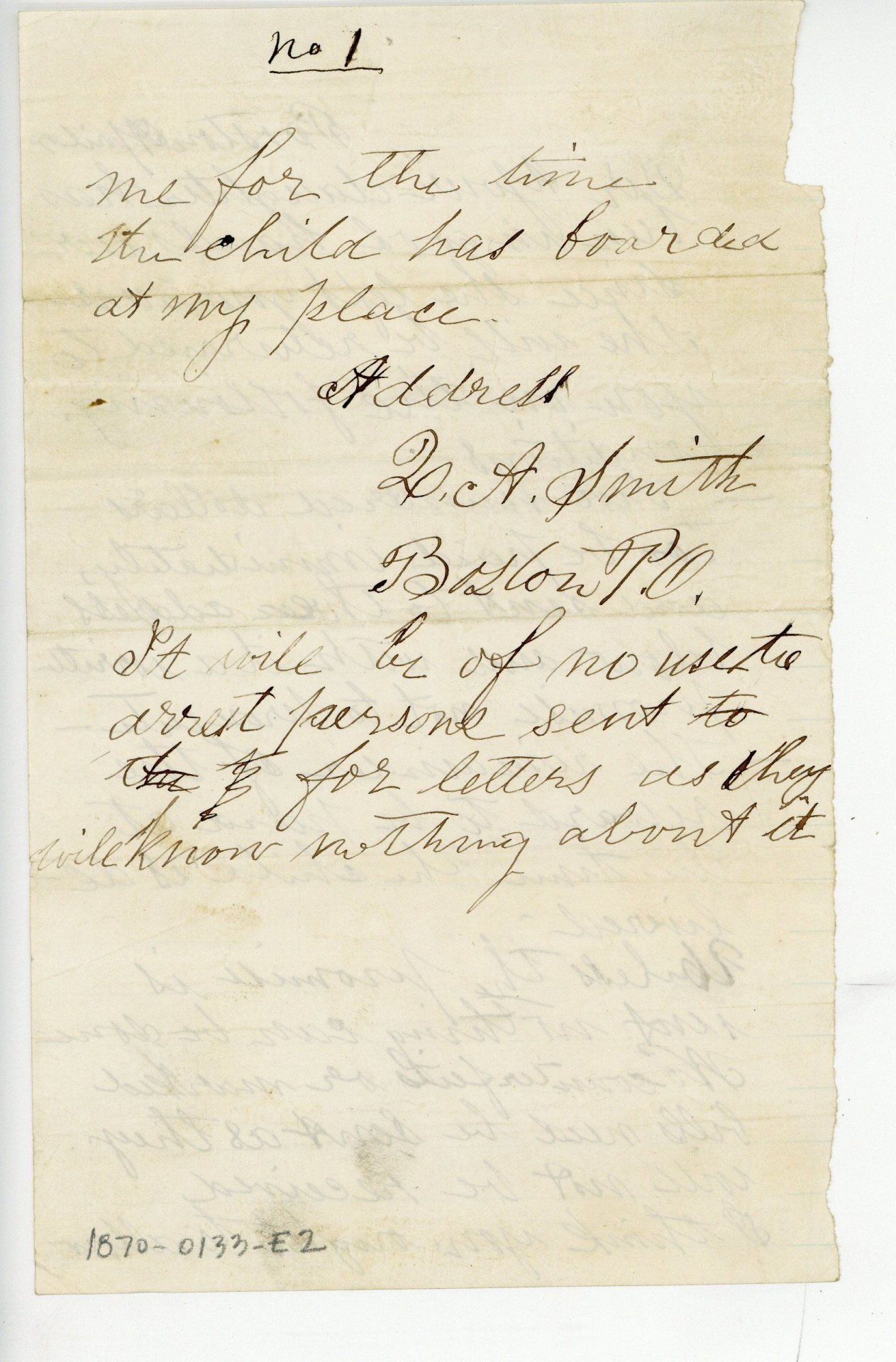 Boston's Police Department offered a $500 reward leading for information that lead to Nellie's safe return. We’re not sure how Nellie was found or how exactly her kidnapper was captured, but we do know that in May of 1870, a woman named Elizabeth Chase was sentence to six years in the House of Correction for Nellie's kidnapping. We also know that on August 15, 1870, James Doherty collected a $500 reward for information leading to her kidnapper’s arrest.

These records offer a glimpse into a larger story. Like all archival records it takes a researcher to uncover the connection between records and bring them to life. Perhaps one day, one of our researchers will dig deeper into the archival record and learn more about Nellie, Elizabeth, and James' stories.