On July 27, the Boston Transit Commission took this photograph to survey progress on the Tremont Street subway. 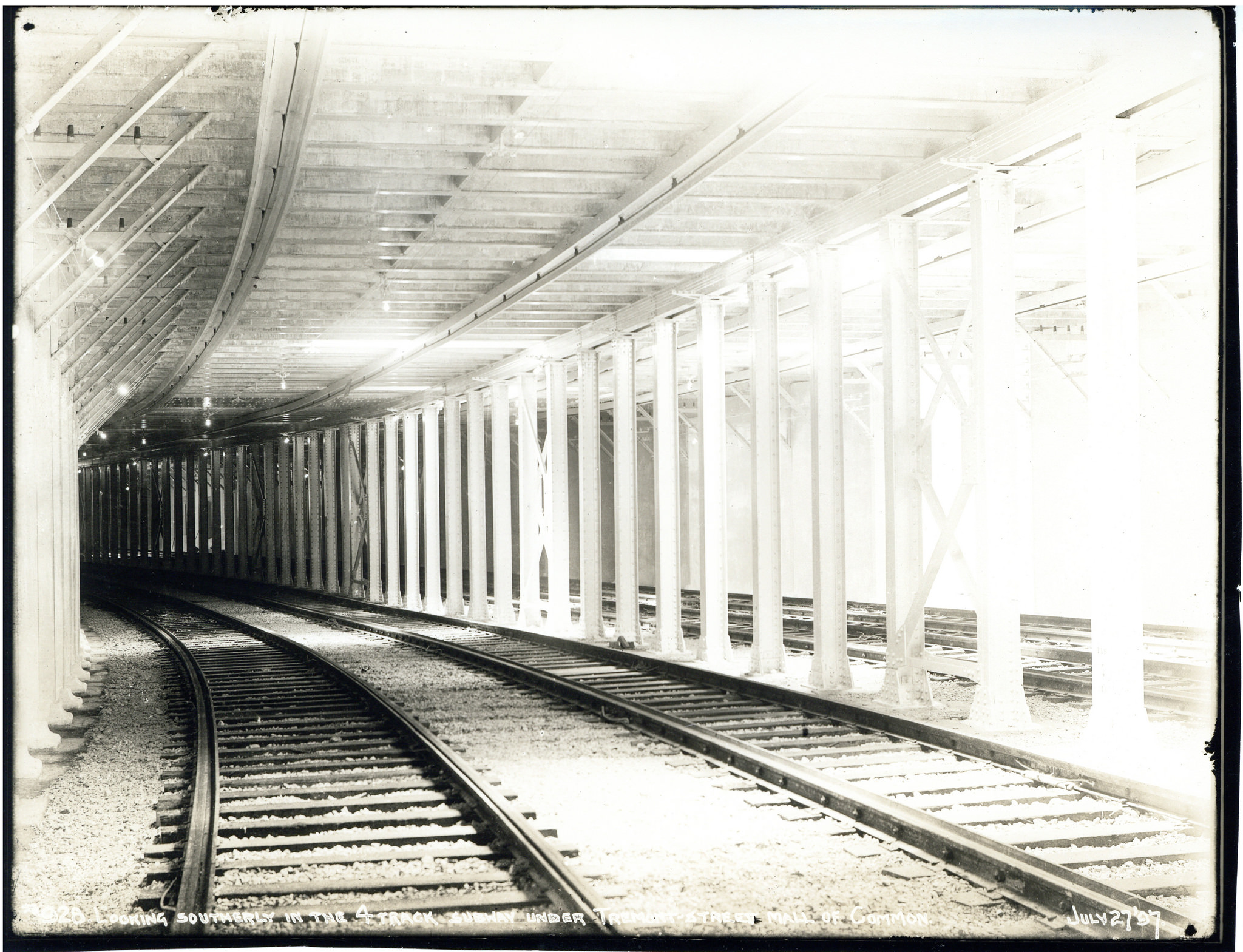 The Tremont Street subway was the first subway system built in the United States. Construction on the subway began in 1895 in downtown Boston. The original five-mile route ran between an entrance at the Public Garden and an entrance near Haymarket Square. Train cars could enter and exit either end of the subway to continue on to destinations above ground.

The image above was included in the Boston Transit Commission’s Third Annual Report from 1897. The Transit Commission reports contain detailed information about the development of the subway. They also describe incidents related to its construction. For example, the 1897 report mentions a large gas explosion at the corner of Tremont and Boylston streets (shown below).

At 11:46 a.m. on March 4, 1897, a pocket of gas above the Tremont Street subway tunnel exploded. Underground construction caused leaking gas from nearby pipes to build up over time. A spark from a passing trolley ignited the gas that morning. Even though six people died at the scene, the tunnel itself escaped damage. Work on the subway resumed as planned. At the time, some people were skeptical about traveling underground. The City made an effort to reassure the public that the subway would be a safe way to get around the City. 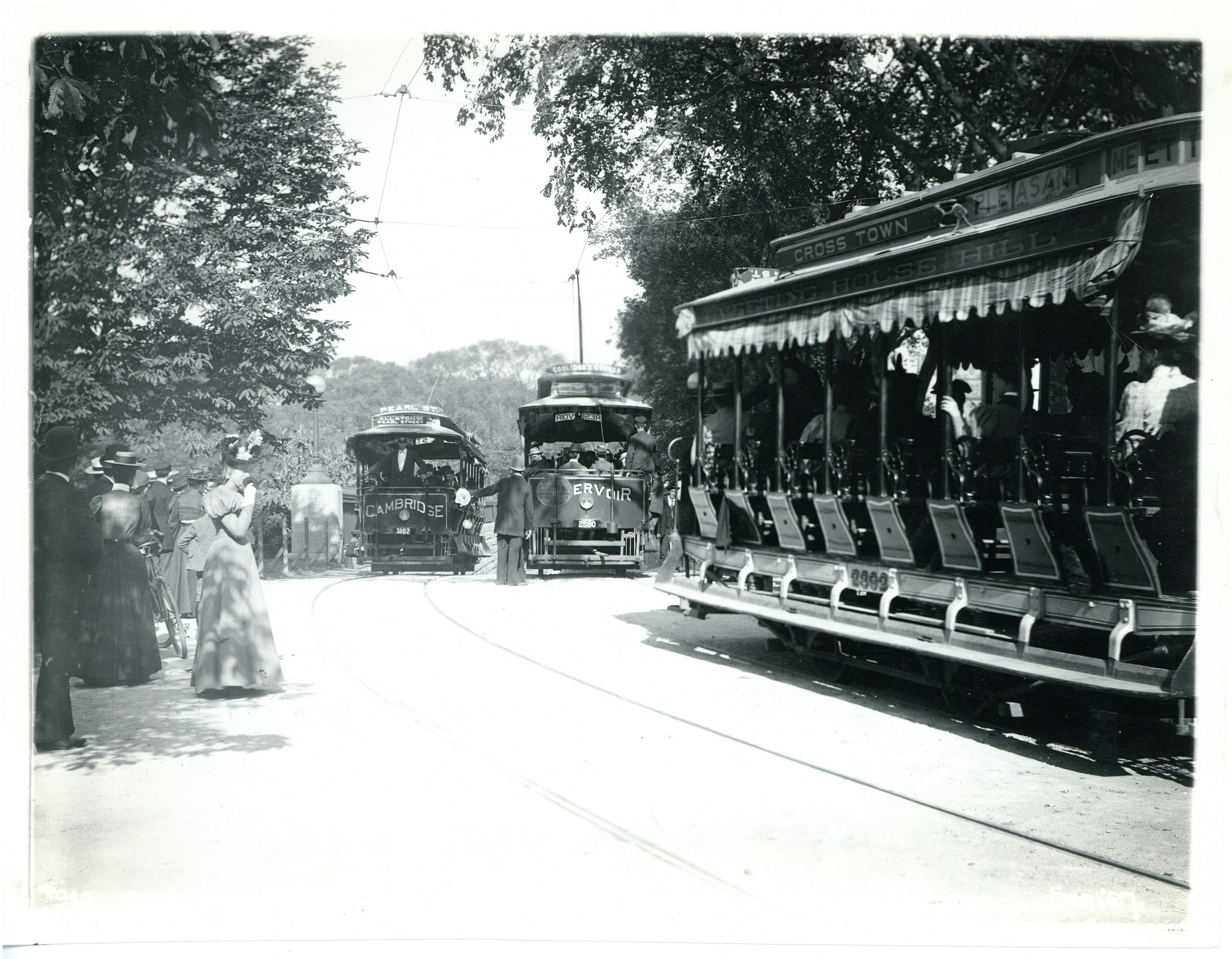 Parts of the Tremont Street subway are still used today by the MBTA. Do you recognize the buildings below? 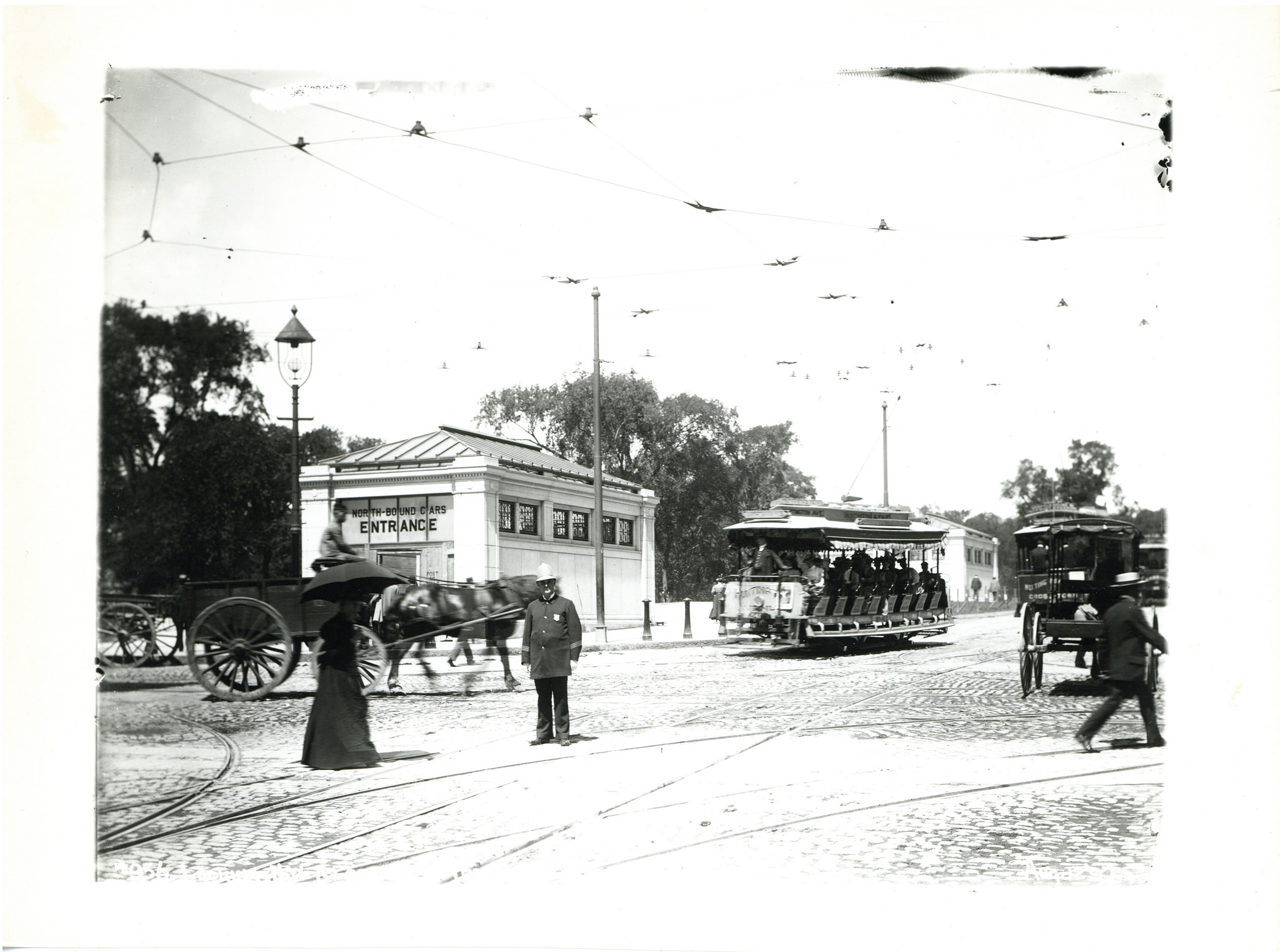 This blog post is by Archives Intern Alejandra Dean. Alejandra is a graduate student concentrating in archives management at the School of Library and Information Science, Simmons College.