The landscape of Mount Hope Cemetery is dominated by the State Rock of Massachusetts, Roxbury Puddingstone. Learn more about this wonderful natural element.

Since 1983, Roxbury Puddingstone has been the state Rock of Massachusetts.  The official geologic name of the rock is Roxbury Conglomerate and it is because it underlies so much of Roxbury that the town of Roxbury (or Rocksbury on early maps) got its name.  Roxbury Puddingstone is a type of sedimentary rock which was formed millions of years ago when silt was compressed with smaller rocks and pebbles embedded within.  Sedimentary Conglomerate is found all over the world, but what makes Roxbury Conglomerate unique is that it contains Dedham Granite and volcanic rock from the ancient underlying Mattapan Volcanic Complex. 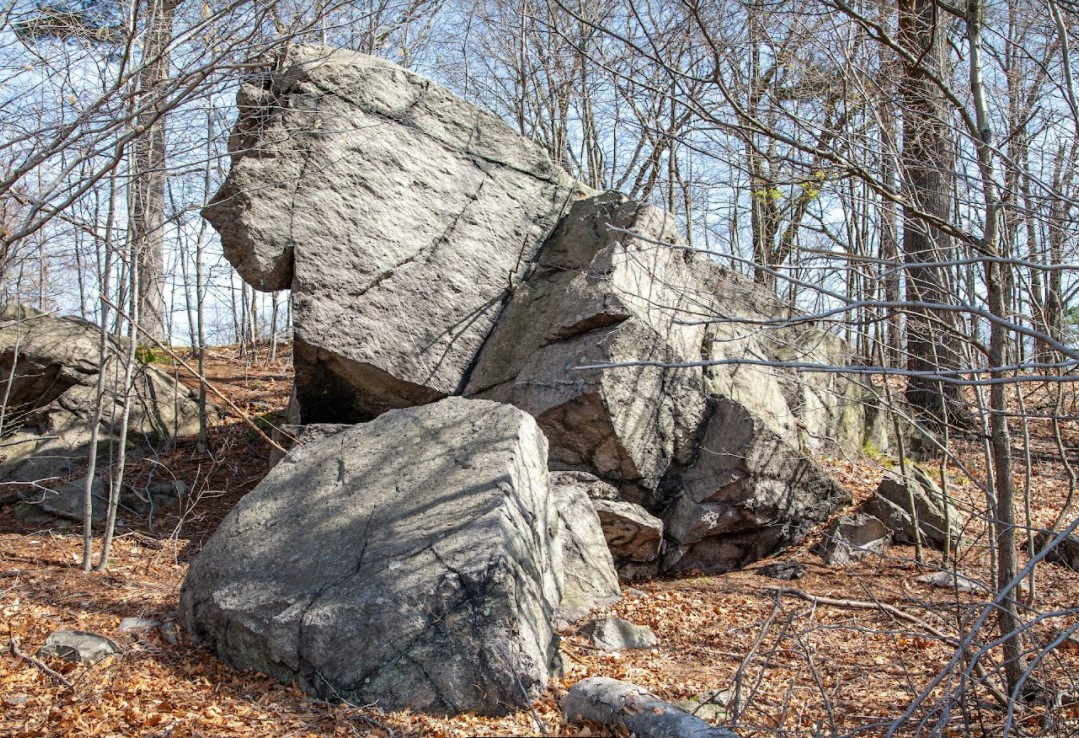 Boston residents thought the pebbles in the pudding looked like fruit in pudding (like the Christmas pudding that is still traditionally served during the holidays in England).   The nickname of Roxbury Puddingstone comes from a poem by Oliver Wendell Holmes about the children of giants who didn’t like their pudding and started a food fight.

They flung it over the Roxbury hills,

They flung it over the plain,

And all over Milton and Dorchester too

They tumbled as thick as rain.

Giant and mammoth have passed away,

For ages have floated by;

The suet is hard as marrowbone,

And every plum is turned to stone,

But there the puddings lie.

Since Roxbury Puddingstone is so plentiful in the area, early farmers had to dig it up in order to plant crops, so they used the stone for walls and foundations.  As you walk around Mount Hope Cemetery and the surrounding neighborhoods  you will see Roxbury Puddingstone everywhere.  The stone is sometimes called “church’s stone” since over 35 churches in the Boston have been built using it, including the Mission Church and the Cathedral of the Holy Cross. 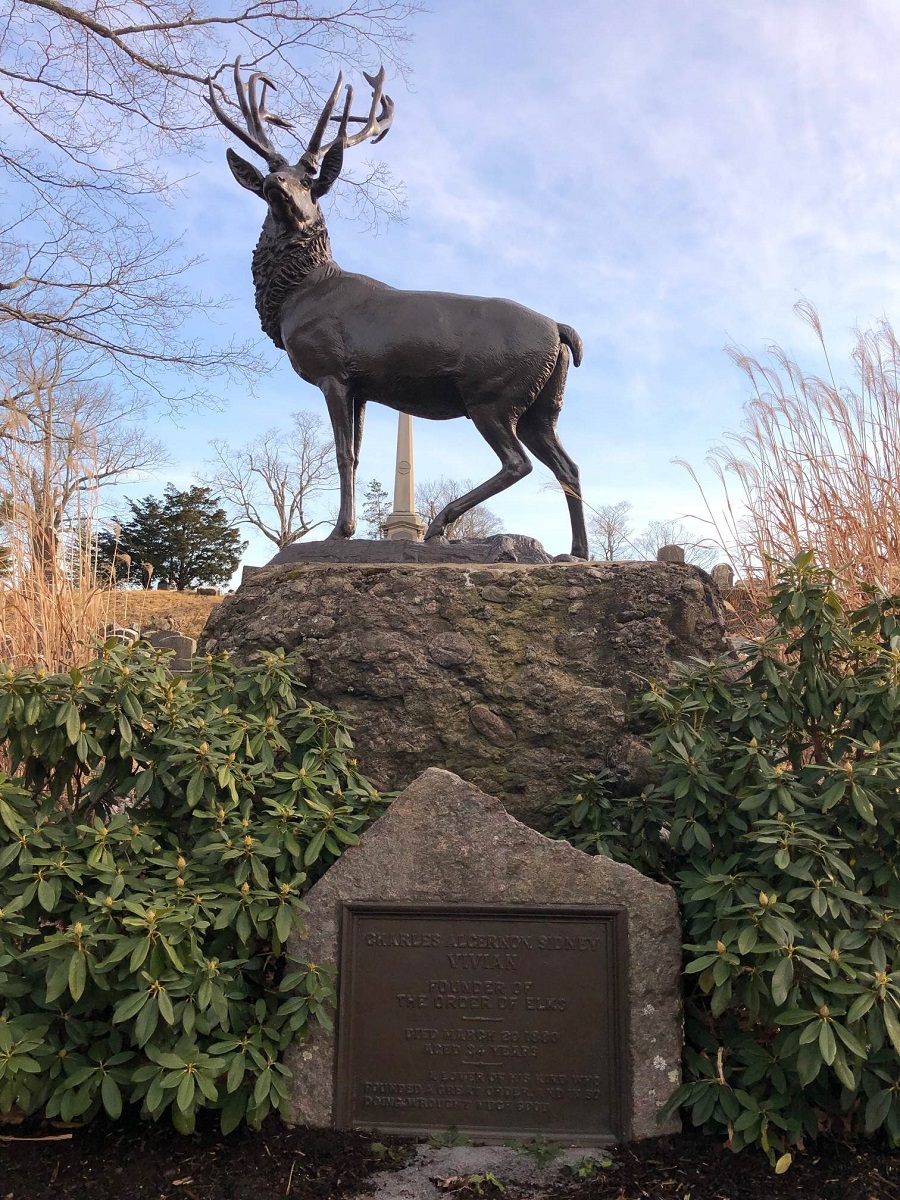 Roxbury Puddingstone is such a beloved part of the history of Boston that in 1886 a 30-ton Puddingstone boulder was sent from Roxbury to Gettysburg to be used as a monument to the 20th Massachusetts regiment on the Battlefield.  The boulder now commemorates 43 Massachusetts soldiers who died or were mortally wounded absorbing the brunt of Pickett's Charge during the Battle of Gettysburg on July 2, 1863.  The idea for a monument using this boulder came from some of the 20th Massachusetts Regiment soldiers who remembered playing on such boulders when they were children.

There is a great history of using Roxbury Puddingstone to commemorate loved ones in many cemeteries in the Boston area.  As you walk around the Mount Hope see if you can spot some Puddingstone monuments! 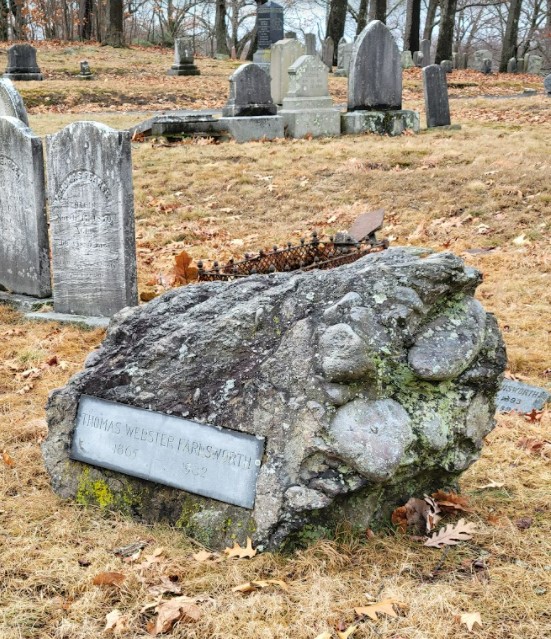