67 Degrees Brewing, a Black, woman, and veteran-owned craft brewery out of Franklin, Mass., has been selected to operate the temporary Beer Garden!

Reopening the City Hall Plaza Beer Garden in partnership with 67 Degrees Brewing is part of the City's ongoing efforts to bring vibrancy back to Downtown Boston. This partnership between OEOI and Property Management is another piece of the Wu Administration’s plan to revitalize our Downtown and activate city-owned spaces throughout the neighborhood.

The Beer Garden will operate starting Wednesday, September 28, from 12 - 7 p.m. The hours of operations will be Wednesdays through Sundays from 12 - 7 p.m. until early November, weather conditions permitting. Food trucks will also be on site during operating hours! 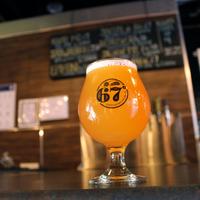 Founded in 2020, 67 Degrees Brewing is a Black, woman, and veteran-owned brewery based in Franklin, Mass. 67 Degrees Brewing's commitment to social impact, diversity, and inclusivity and use of local ingredients stood out in its proposal to partner with the City of Boston to create a welcoming space in Downtown Boston on City Hall Plaza! 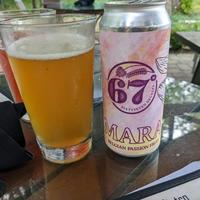 Throughout the month of October, proceeds from the sale of 67 Degrees' Mara Belgian Ale with Passion Fruit beer will go to an organization that provides support services to breast cancer patients! 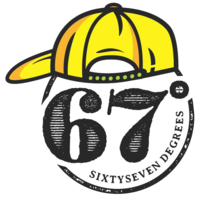 Where does the name 67 Degrees come from?