Old City Hall is built on the former property of the Boston Latin School and Boston Latin schoolmaster's home.

In 1645, Tomas Scottow died leaving his property to the town of Boston.  Town leaders converted his home into the residence of the Boston Latin School, then called the Free School. They built the first schoolhouse in America beside the home. In the early 1700s, both the schoolmaster's home and the school were rebuilt.  In the mid 1700s, King's Chapel purchased the land under which the Free School stood. The chapel expanded its building into the large stone church present today.  As compensation for using land of the school house, the church bought land across the street for a replacement building.  The schoolmaster's home remained in its location.

A Barrister's Hall, a social building for lawyers, was built in front of the court house as well as a store and firehouse.  The hall, court house, firehouse, and store were all demolished in the mid 1800s to build Boston's first City Hall. This took place just after the City incorporated in 1861.  Old City Hall remains standing on the property today. 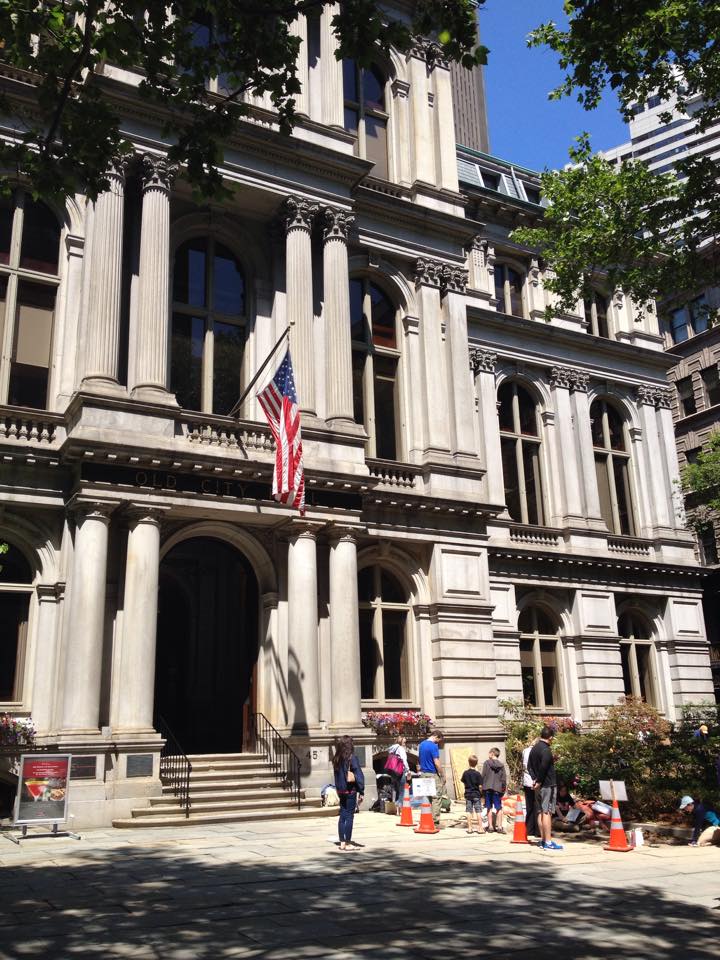 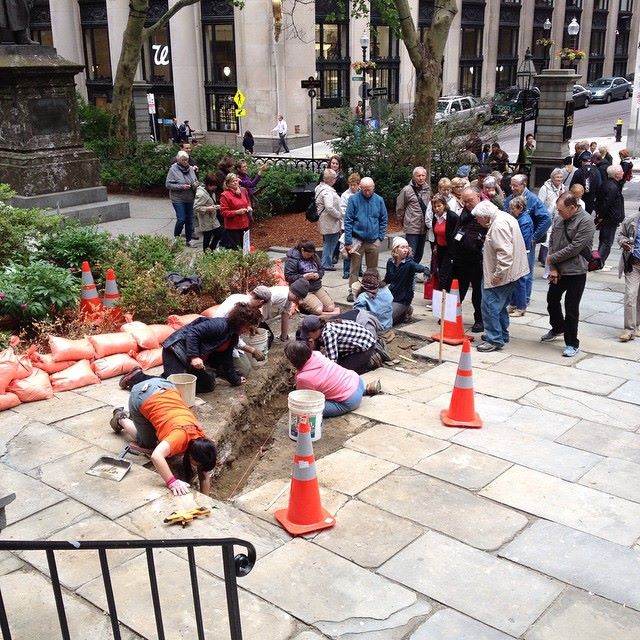 Archaeologists dug four test trenches across the courtyard of Old City Hall.  They found large areas of the site had been disturbed during construction of the current Old City Hall and earlier court house buildings.

8,104 artifacts came out of the four test trenches.

The team concluded that the front yard of Old City Hall still contains important archaeological deposits dating back to the early 1600s.  The original Boston Latin School was likely lost due to building and tomb construction. But, the schoolmaster's house remains in relatively good condition underground.

Some of the most exciting artifacts found on the site were five cowrie shells and hundreds of straight pins. These date back to the early 1700s. The cowries came from West Africa and likely belonged to Richard or Hagar, an enslaved black man and woman. They were enslaved by schoolmaster Nathaniel Williams and his family.  The Williams family, especially their daughters, were highly educated and involved in the arts. However, it was Richard and Hagar's work within their home that allowed the women in the Willams family the chance to pursue their personal growth. 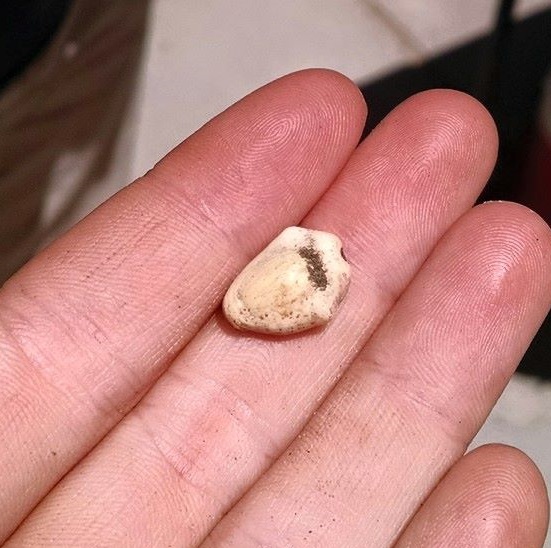