Archaeologists carried out several surveys at Brook Farm in the 1990s documenting over 5,000 years of history at the Landmark-designated property

Brook Farm has one of the most complex histories in Boston.

The Massachusett Tribe at Ponkapoag are the holders of the land that includes Boston and Brook Farm. Archaeological evidence shows that Massachusett have lived on the now Brook Farm land for at least 5,000 years.

From the 1600s through 1900s the land that would become Brook Farm was a 170-acre farm with a farmhouse near Baker Street. It was owned by the Ward and later Richards families.

Maria Mayo and Charles Ellis purchased the property in 1784 and used it as a dairy farm until 1840. In the 1830s, George and Sophia Ripley briefly boarded at the Ellis farm. George was a Unitarian minister who grew frustrated with the state of society. He and Sophia decided to form a transcendentalist utopian society at the Ellis farm.

They opened it in 1841 and converted the main farmhouse into "the Hive," the center of their utopian community of around 70 people. The Brook Farm Institute for Education and Agriculture utopian society focused on communal living, equity between sexes, flexible work and leisure activities, and shared labor.

In 1844, the society shifted to a new philosophy, Fourierism, a French social experiment requiring 1620 people to live together in a large communal house known as a phalanstery. Brook Farm became the Brook Farm Phalanx. After many financial setbacks and the burning of the newly-constructed Brook Farm phalanstery in 1846, the utopian community broke up in 1847.

The town of Roxbury purchased the vacant buildings and land in 1849 to use as the town's almshouse. Later, after moving many of its residents to a new State Almshouse, the town recognized the costs and challenges of managing the large property. They decided to sell it to James Freeman Clarke in 1855, who used it as a farm once again until 1868. 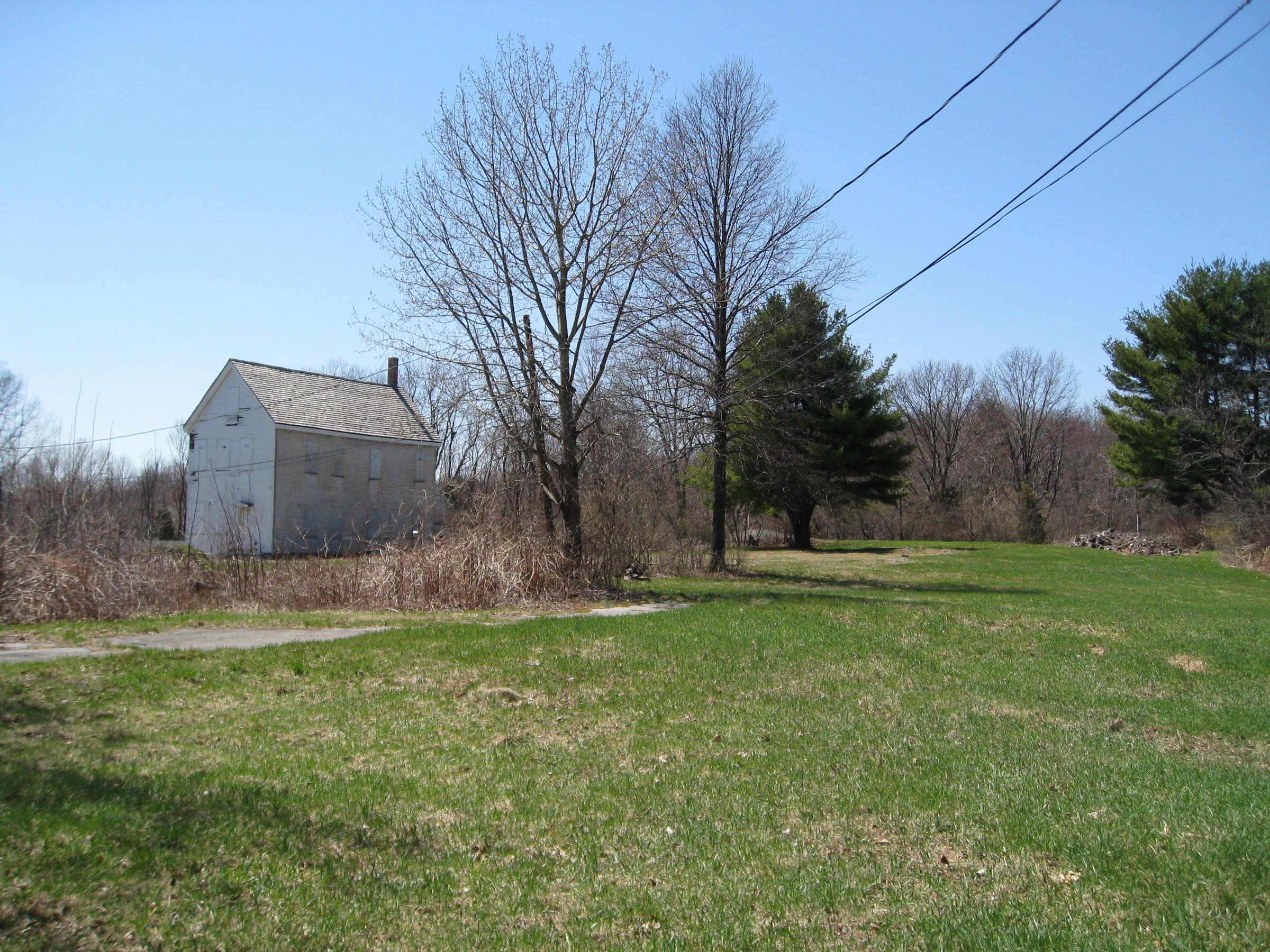 Above: Brook Farm in 2008 showing a ca. 1890 print shop building. Image by Biruitorul via Wikipedia

The Civil War began during Clarke's ownership. He offered his land for use as Camp Andrew, which housed and trained hundreds of soldiers on their way to battle, including Robert Gould Shaw. After the war, Clarke sold the property. It was used briefly as a boarding house before becoming the Martin Luther Orphanage, a Lutheran organization, from 1871-1943. From 1948-1974, it was the Brook Farm Home, a residential program for children with behavior problems. 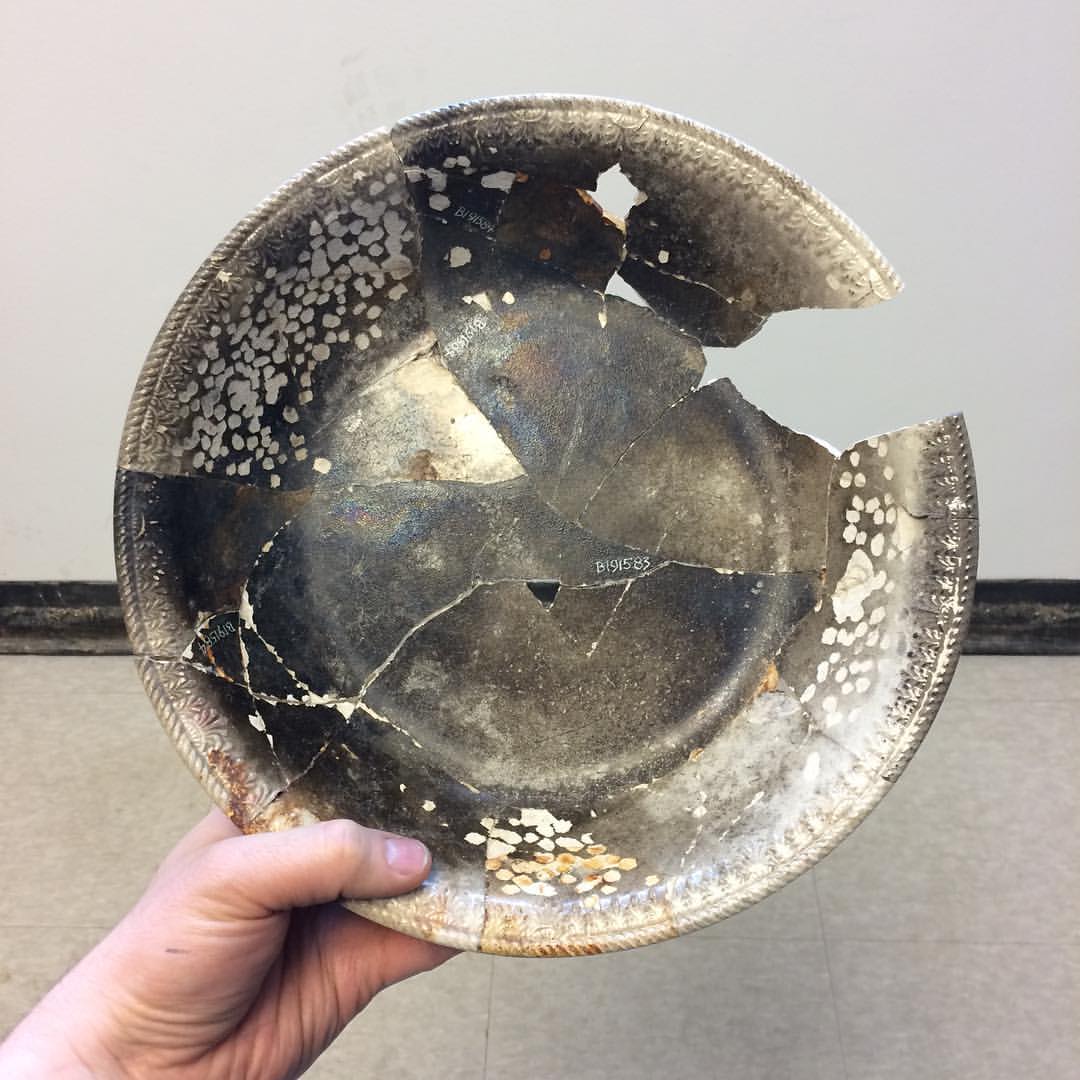 Above: Large ca. 1845 ceramic basin from the Hive site that was burned at some point. Glued together from fragments recovered by archaeologists in the 1990s.

Beginning in the early 1990s, archaeologists have performed many surveys at Brook Farm.

From 1990-1993, Harvard University carried out an archaeology field school at Brook Farm. It was co-led by Steven Pendery and Robert Preucel. The surveys began with a series of 50x50cm shovel test pits. They identified one Massachusett native site and eleven mostly mid-late 19th century historic sites across the property. Later surveys in 1992 and 1993 focused on the Hive site. It was the main farm house and community hub for Brook Farm and later owners. They identified another Native site, thousands of historic artifacts, and the foundations of the Hive structure.

Smaller digs in 1999 and 2007 focused on areas where fences, kiosks, and repairs to the foundations of the Print Shop may disturb archaeological deposits.

All these surveys revealed dense archaeological deposits on the site. They represent thousands of years of use by many different people. Most of the Brook Farm site has never been tested. It likely contains more archaeological data which could reveal further information about this important site.

In total, the archaeological surveys from the 1990s and 2000s recovered 88,282 artifacts. These artifacts shed light on the experiences of multiple groups of people on the Brook Farm site. These include Massachusett Native people, colonial-era farmers, transcendentalist utopian society members, Civil War soldiers, orphans, poor people, and children with behavioral issues. Few places in Boston contain such a diverse set of archaeological materials and research opportunities.

In 2019, the City of Boston Archaeology Program was awarded a National Endowment for the Humanities (NEH) Humanities Collections and Reference Resources (HCRR) grant to digitize these collections. This includes the creation of a new spreadsheet-based catalog and searchable image database. Because of the sensitive nature of the many intact archaeological sites protected at Brook Farm, we are not able to make the digitized archaeological reports available online.

This grant also included funding for the creation of an online exhibit, linked to below.

If you are interested in researching this collection, please visit the links below or reach out to us at archaeology@boston.gov. 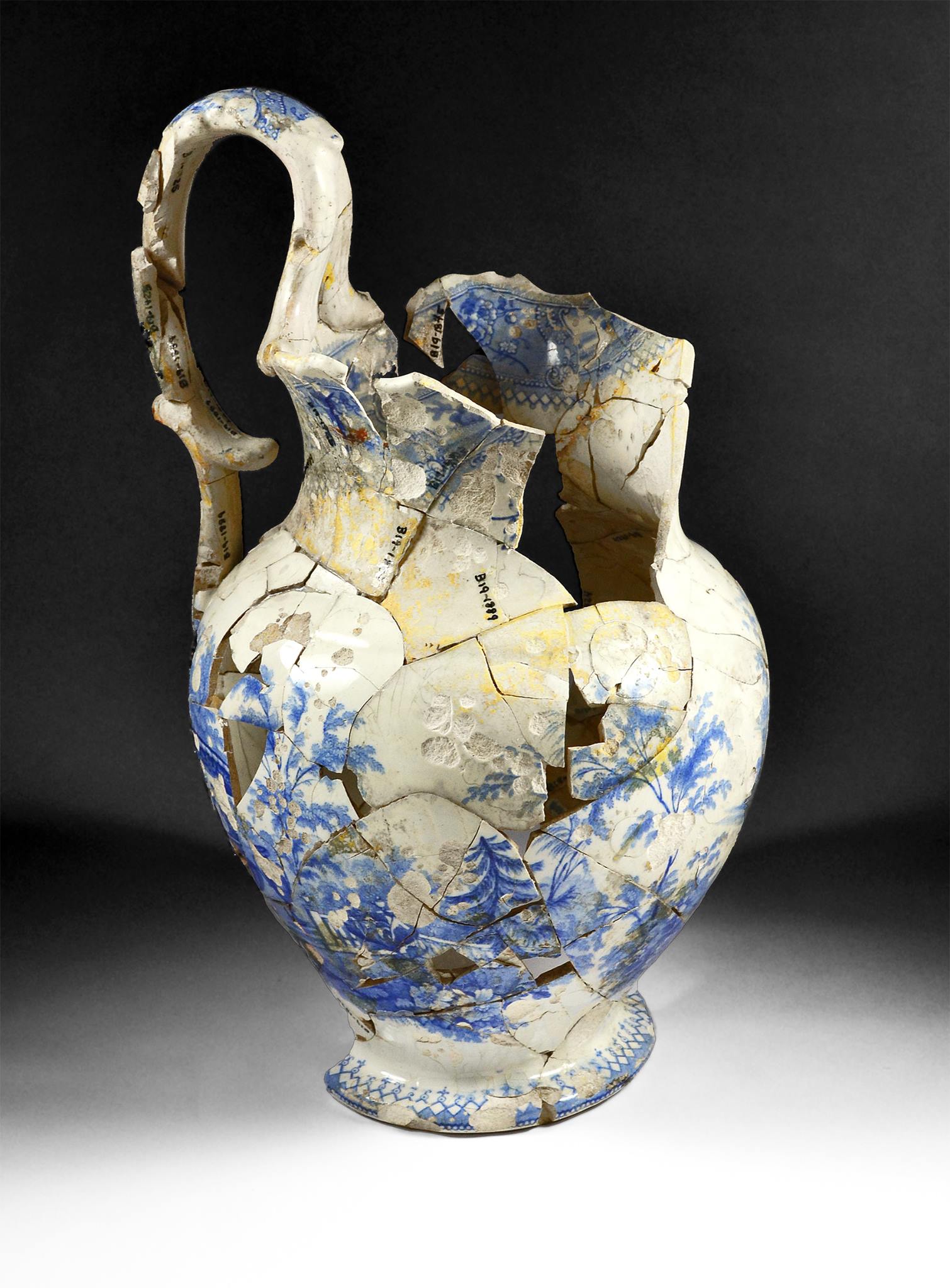 Above: Large jug excavated from Brook Farm's Hive site dating to the mid-19th century and assembled from fragments recovered by archaeologists in the 1990s.

1852 novel set in utopian community based on Brook Farm