The circa 1715 Clough House, owned by the Old North Foundation, is located at 21 Unity Street in Boston's North End. Today, it contains Old North's Historic Chocolate Program, and Patriots Corner, a rotating gallery space. It was built by master bricklayer Ebenezer Clough as a home for himself and his wife, Thankful, and their growing family.  It is a rare example of a surviving brick row house, and is one of the oldest buildings in Boston. 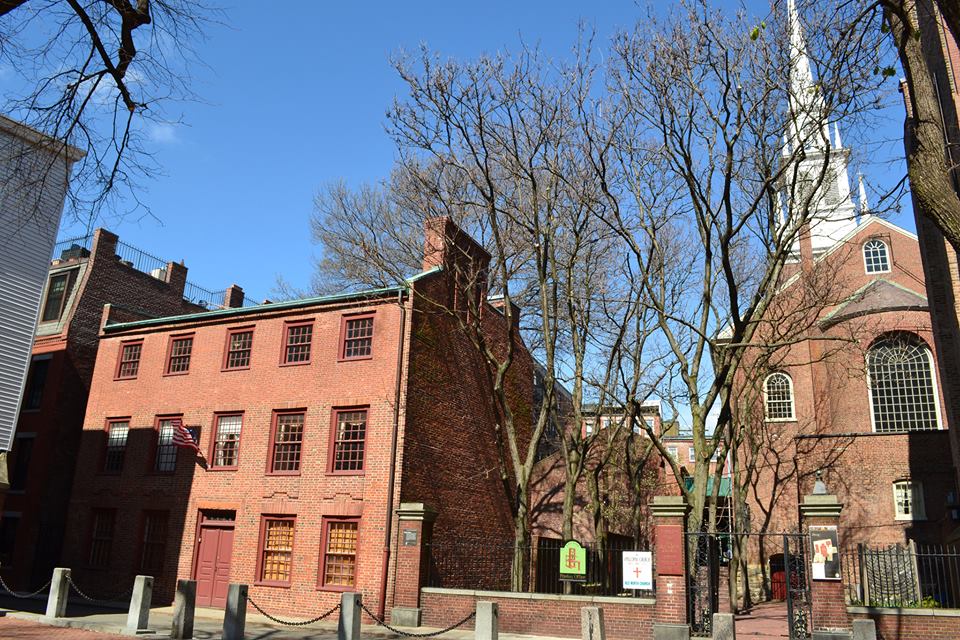 Until 1806, the home was lived in by individual families, the first two generations of the Clough family, and then Joseph and Sarah Pierce and their families.  The home was inherited by their daughters and their politically active husbands, including Moses Grant, a participant in the Boston Tea Party.

The two daughters moved out of the house and a third story was added before the Clough House was converted into apartments in 1806.  For the next century and a half, more than 150 individuals, predominantly European immigrants, passed through the home.

In 1959, the property was purchased by the Old North Foundation and repurposed as interpretative space.

In 2012, the City Archaeologist was approached by the Old North foundation about conducting an archaeological survey ahead of excavations for a new pathway in the rear yard of the Clough House.  Initial map and historic research indicated the property had not had much development in the back yard, which increased the chances of an intact archaeological site preserved there.

In 2013, the City Archaeologist and a team of volunteers of the City Archaeology Program excavated 10, 1x1-meter excavation units in the rear yard of the house. The tesam recovered 36,465 artifacts from 300 years of occupation and use, as well as an extensive and often re-paired drainage system network in the small rear yard.

Artifacts are dominated by ceramic and animal bones from the many families that lived in the house.  Many 18th-century artifacts were found as well as a sizable assemblage of artifacts from the 19th century, making comparisons between the single family, upper middle class families that first lived in the house and the many lower-income immigrant families who lived there later possible. 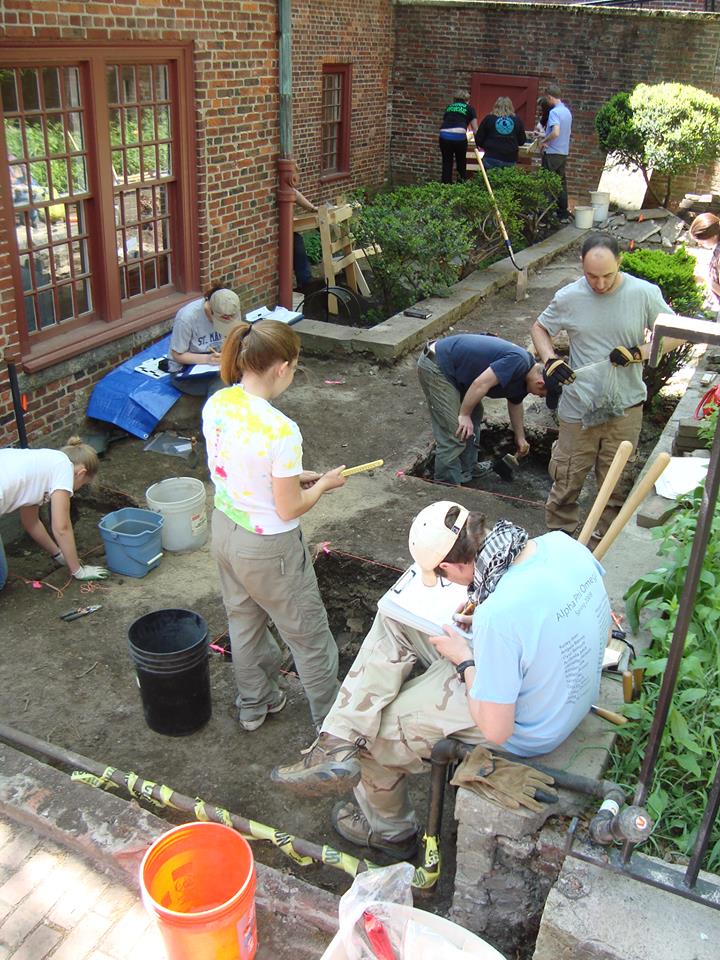 The Clough House site artifact assemblage and associated historic data provides a thorough and rich data set that spans several significant periods in the North End's demographic history.  Men, women, and children from a wide range of ethnicities and incomes are visible through the archaeological record, providing a reach and detailed story of the people who called the Clough House home.

The 36,465 artifacts have been digitally cataloged, and a report of the results of field work has been completed.  A master's thesis was completed by Andrew Webster through the UMass Boston Historical Archaeology Program exploring the immigrant story of the Clough House through the 19th-century artifacts. 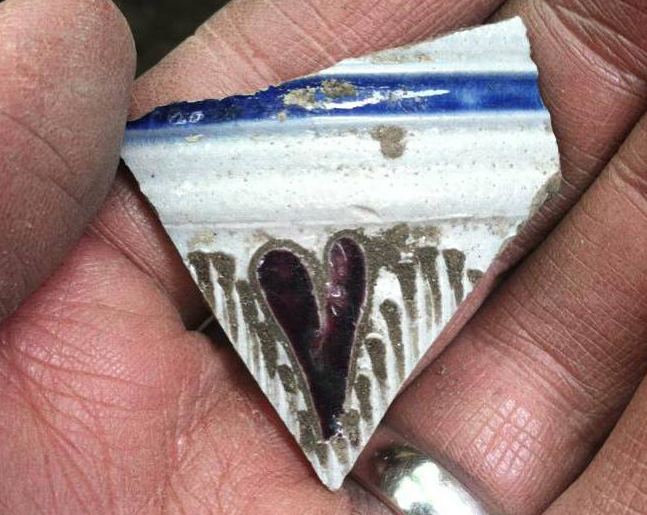 Tens of thousands of items were unearthed behind the 18th-century Clough House.

Archaeologist Joseph Bagley will dig ten test holes, each measuring approximately one meter square, over the next two weeks.