At the urging of the Charlestown Preservation Society and with the full partnership of the Boston Parks and Recreation Department, the City Archaeologists and volunteers from the Preservation Society and Boston Archaeology Program conducted an archaeological survey of Charlestown's historic Training Field (Winthrop Square) Park ahead of a restoration and landscape improvement project. 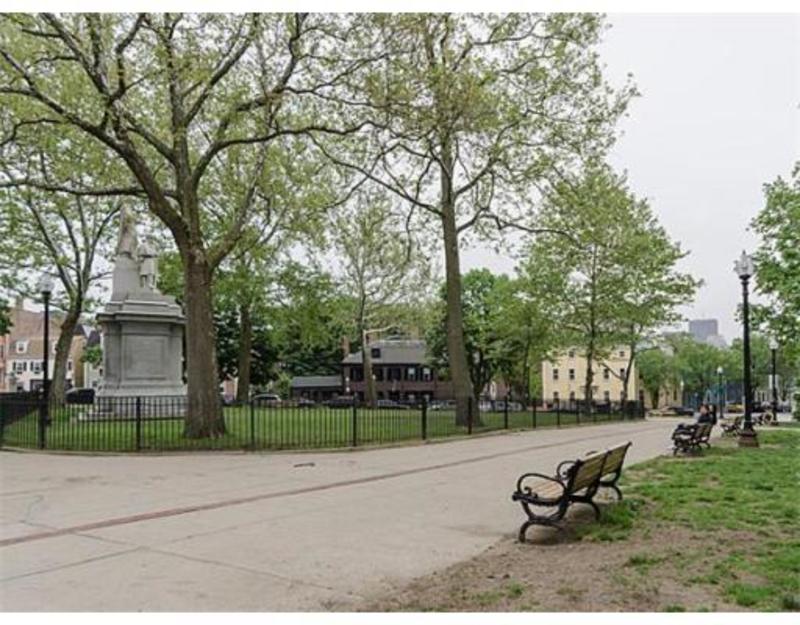 The park has been an active participant in Charlestown’s history since the 17th century, functioning over nearly 300 years as a cow pasture, militia training field, school house, open gathering space, and a place of memorial.  This was the park’s first archaeological survey.

Above, you can see Charlestown's Training Field park before the restoration.

An archaeological survey was conducted over a period of three consecutive weeks in September, 2013. In total, 49 50x50 centimeter (20x20 inch) shovel test pits were excavated to a depth of 120 centimeters (4 feet).

In total, 24,172 artifacts were recovered and cataloged.

This dig was supported by a donated Ground Penetrating Radar (GPR) survey conducted by Geophysical Survey Systems, Inc.  The test pits were placed on a 10-meter grid with 5 meter bracketing test pits with significant deposits. 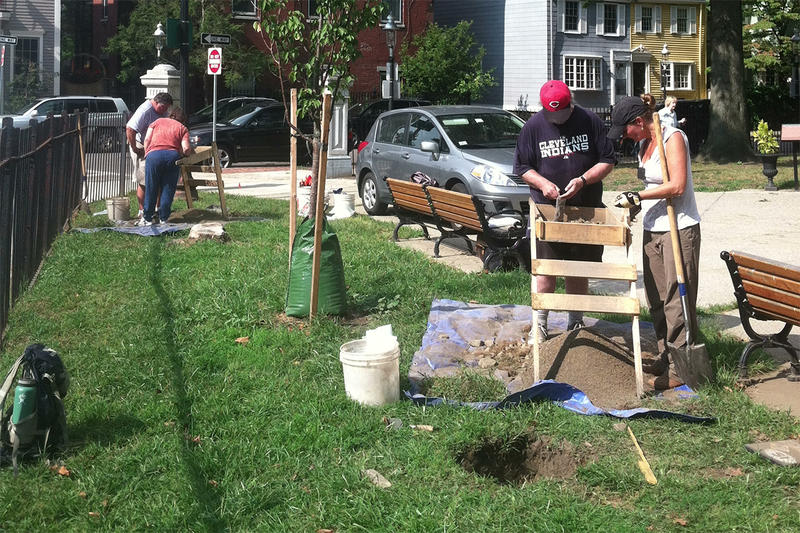 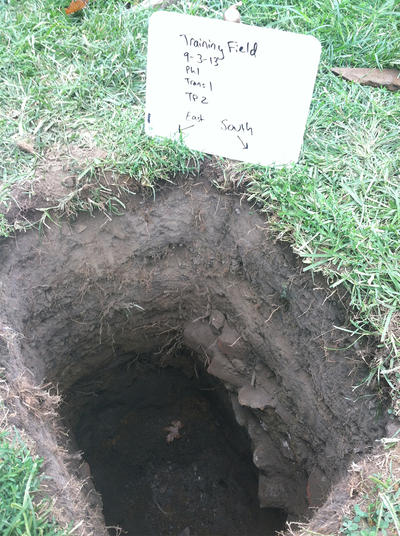 Eight new archaeological sites were documented during this archaeological survey.  Mishawum 1 site is a Native lithic workstation of unknown age. Mishawum 2 site is a Woodland period (3,000-400 years old) resource processing area with Native pottery. The Training Field School site is a circa 1827 municipal school house located on the western portion of the site next to the Training Field Firehouse and Gun House sites.

All three of these sites were built around 1827 and removed from the park in 1847.  Finally, a mid-19th century fountain (Training Field Fountain site) and large late 18th to early 19th century trash deposit were encountered (Breeds Hill Slope site).  All of these sites were avoided during the renovation projects conducted by the Boston Parks and Recreation Department.

Overall, a deep fill deposit was encountered across the entire Park extending in all locations within the park to a minimum depth of 50 cmbs.  This deposit appears to consist mostly of deep sub-soils excavated from somewhere outside of the Park and re-deposited onto the Park.