Before you start your search

The City Archives holds blueprints, architectural drawings, and building inspector's reports from 1879 to 1969.  No building plans, drawings, or reports for pre-1879 buildings exist in the Archives.

Some records may be missing or incomplete. This is especially true if you are searching for records that date before 1900.

Some street names and street numbers have changed. There may also be streets with the same name in different City neighborhoods. For example, "Washington Street" is used in many different neighborhoods.

Some Boston neighborhoods used to be part of different towns and counties. If you building is pre-1874 and was originally built in a different county, you may be able to find deeds, plot plans, or other records of your building at that county's Registry of Deeds:

Find the bin number for your building plans

The easiest way to find your bin number is to call the Inspectional Services at 617-635-5300, ext. 1301. Their hours are Monday through Friday, 8 a.m. – 3 p.m. Let the staff know that you are looking for blueprints at the City Archives. Give them the address you're looking for, and they'll be able to find the bin number for you.

Searching for the bin number online

You can also find building permits online in the Inspectional Services Department's database.  To narrow the search, use the right drop down arrow in the "Document Type" line and select "Long Form Permit." The bin number is usually found on the cover or flipside of the permit which, in the database, follows the permit. The cover will appear sideways. Rotate it and look for a bin number in the lower left corner (one letter and one to three digits — for example, P232 or R67.)

Bin numbers are often in the "File number" field of the permit. See the example below: 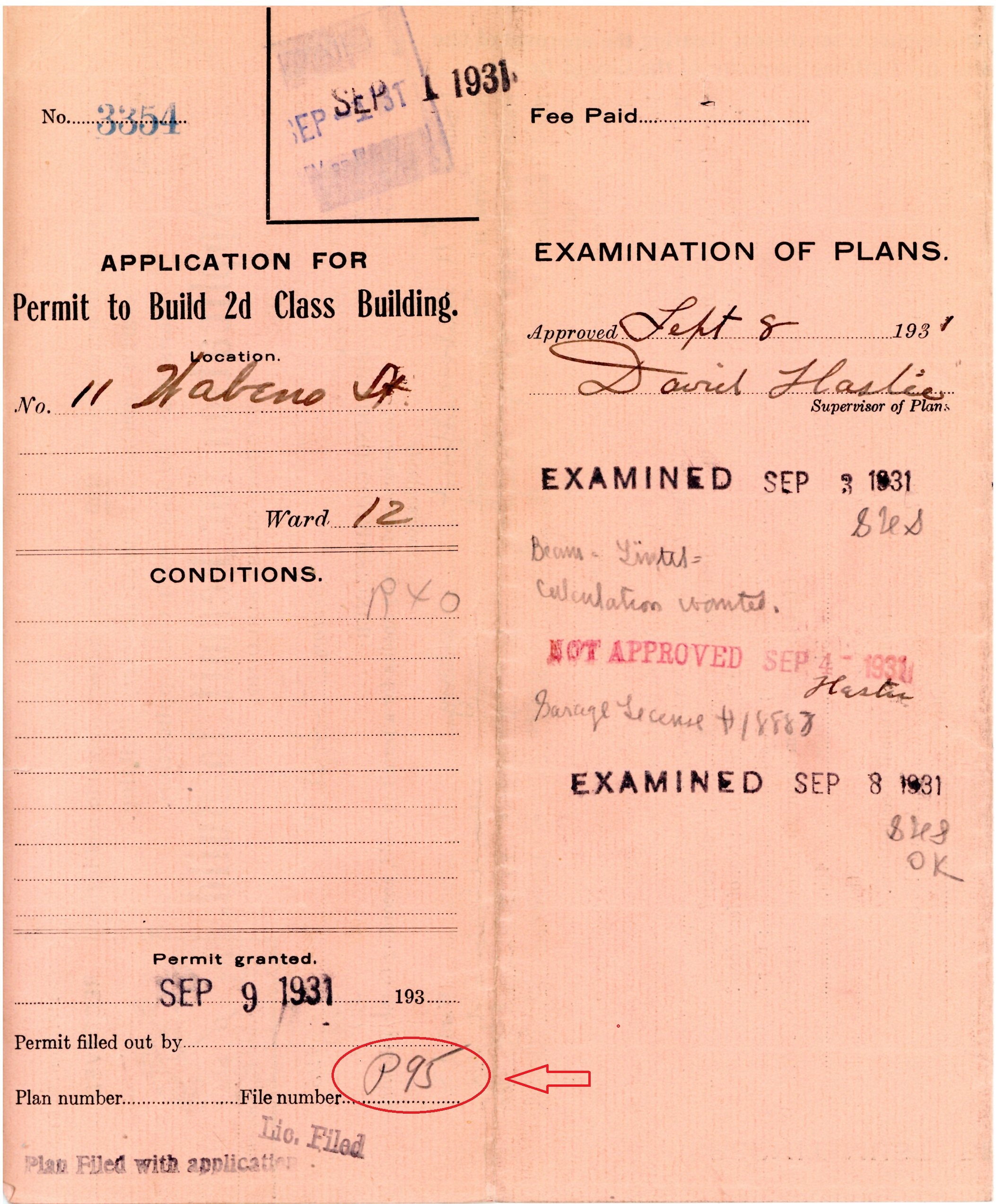 On some permits, the bin number is not obvious. If you don't see the bin number at first, look at the entire permit for the bin number. Remember that it is usually a letter, followed by one to three digits. In the example below, you can see a bin number written on the top of a permit in pencil. 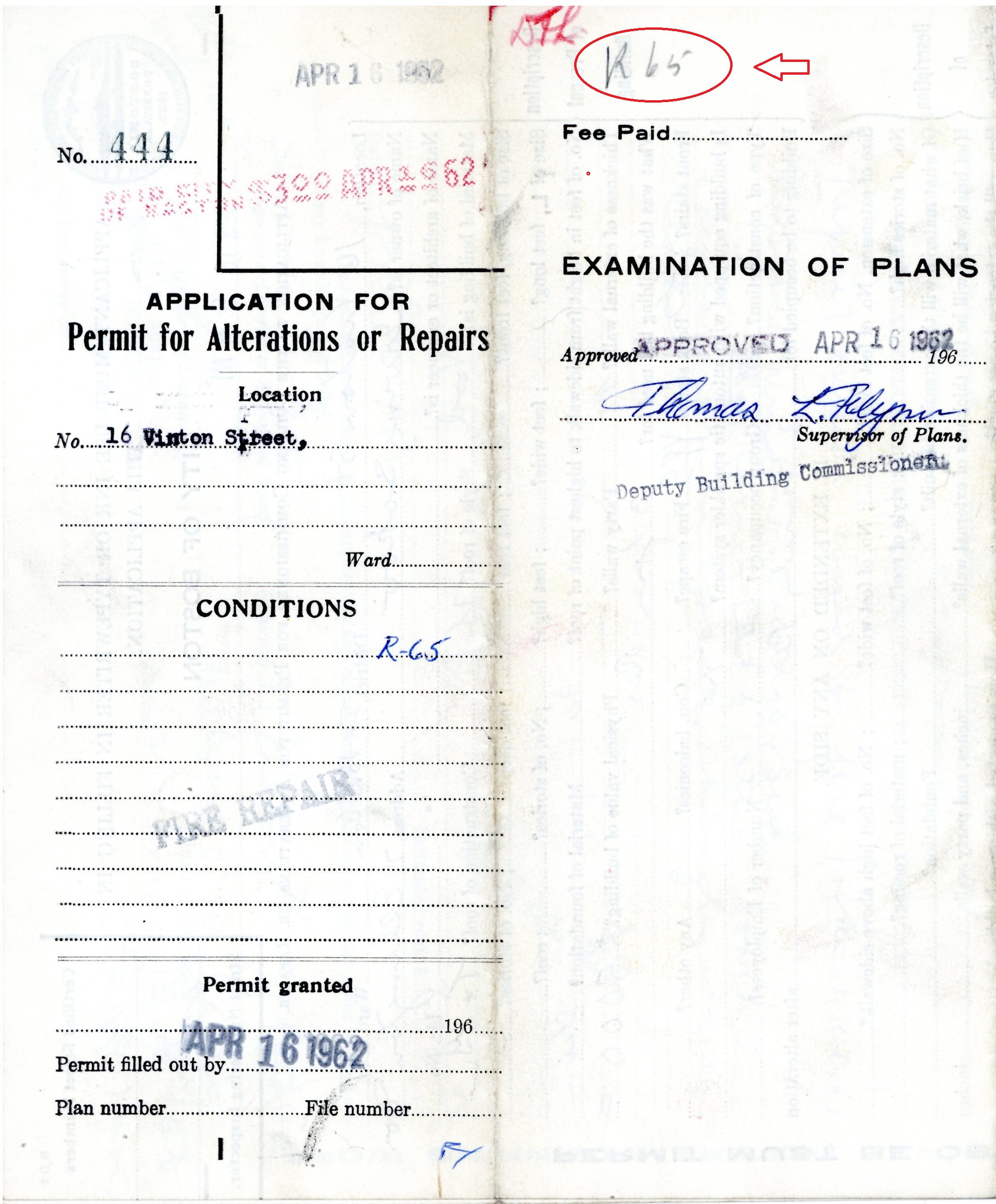 After you find your bin number, please complete an online request form:

Our archivists will search for the plans and notify you of the search results within five to seven days. We may find floor plans, plot plans, or only a building inspector's report with information about the additions, repairs, or renovations that have been done to the property.

Make an appointment to visit the Archives

When we contact you with your search results, you can make an appointment to visit the Archives and view the documents. The City Archives is located at 201 Rivermoor Street. Appointments are available Monday through Friday, 9:30 am - 4:30 pm.

You can bring your phone or camera to take photographs of the blueprints. Unfortunately, because the blueprints are fragile, we cannot have them professionally reproduced.

We're testing out suggested content on Boston.gov below. If you see anything out of place, let us know at feedback@boston.gov.