John Walsh interviewed immigrants, writing and illustrating their stories. Through sequential art, these immigrant experiences were presented in a new and unique way that allows for easy translation into other languages.

I think that's one of the great things of Boston AIR, and I’ve heard it from the other artists as well, this sense of connectedness now to the groups we’ve worked with. There’s kind of a glue, not only between the cohort but the people we’ve worked with and the community and the people from BCYF. There’s a glue now, and I think it’s really cool.

With support from the Mayor’s Office of Immigrant Advancement, Walsh crafted the honest conversations he had into a visual narrative of Boston’s immigrant community. His project resulted in a graphic novel entitled "Becoming Boston." 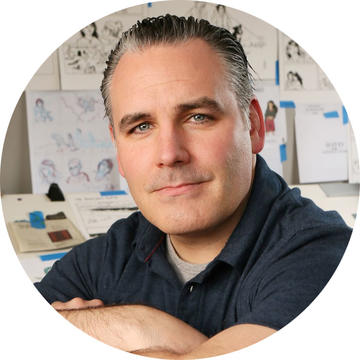 Another part of Walsh's graphic novel, "Becoming Boston," features Naiara Plina, and her experience immigrating to the United States.

Another part of Walsh's graphic novel illustrates the story of Maria, an immigrant who moved to Boston from Honduras 16 years ago.