Fire Commissioner and Chief of Department

Commissioner Dempsey has been a member of the Boston Fire Department for 35 years, having served in multiple leadership capacities including as Chief of Operations for the department, where he oversaw all divisions of the Boston Fire Department, including the engine company, fire prevention, ladder company, rescue company, safety and special operations, emergency planning and preparedness, training and personnel. In this role, he was the highest ranking uniformed firefighter in the force.

He also previously served for four years as the Boston Fire Marshal, where he managed the Fire Prevention Division which is responsible for all fire code and regulation enforcement. In that role, he also oversaw the operation of the fire investigation unit, construction safety unit and all inspections required by Massachusetts General Laws.

Commissioner Dempsey has previously served in several other capacities including on the Board of Fire Prevention Regulations for four year, the Automatic Sprinkler Appeals Board for four years, the Walsh-Kennedy Commission on Hot Work, and the Construction Fire Safety Partnership. He is a current member of the Fire Service Advisory Council, and was instrumental in the development and implementation of the National Fire Protection Association's Hot Work Safety Certification Program. 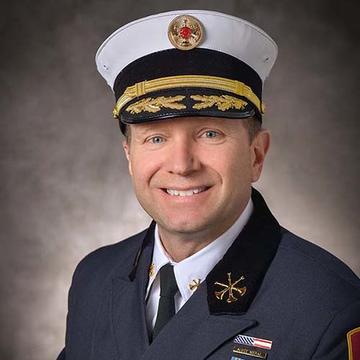