Fire Commissioner and Chief of Department

Joseph E. Finn has been a member of the Boston Fire Department since October of 1984 and rose through the ranks of the department. In 2001, he was promoted Deputy Chief of Personnel, responsible for recruitment, selection and hiring, as well as contract enforcement, employee assistance, and discipline. He was named to this post based on the findings of the O’Toole Commission, and was charged with implementing the Commission’s recommendations related to disparity of treatment towards members. He initiated and trained the first team of investigators to examine harassment and discrimination allegations, and trained firefighters to become mediators to achieve conflict resolution among staff.

From 2005-2014, Deputy Chief Finn served as a Division Commander, in charge of all administrative functions, fire ground operations, hazardous materials, and technical rescue responses in Division One.

In his 32 years with the Boston Fire Department, Deputy Chief Finn made significant contributions to the department, including establishing an EMT training program that increased the number of EMTs on the Boston Fire Department by 50 percent, and assisting in the development of state regulations for the use of semi-automatic external defibrillators, and of legislation that made the Fire service a major participant in the delivery of Emergency Medical Services.

Deputy Chief Finn served as a committee member on the Mayor’s task force for the integration of Boston Emergency Medical Services into the Boston Fire Department, and a committee member for the Massachusetts Human Resource Division in the development and implementation for a new entry-level firefighters test. He worked on numerous planning committees for high profile events for the department, including the 2004 Democratic National Convention.

On July 27, 2014, Deputy Chief Finn was sworn in by Mayor Martin J. Walsh as Fire Commissioner and Chief of Department. 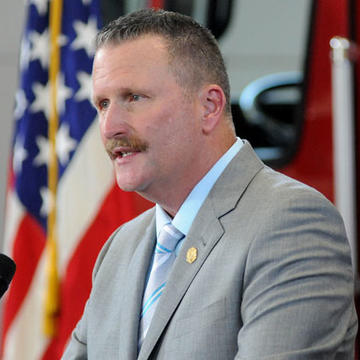