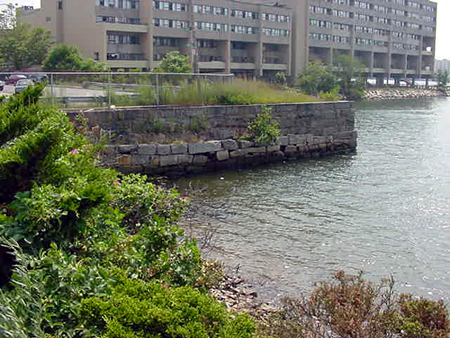 This is a fan-shaped parcel of inter-tidal land at the intersection of Border Street and Condor Street, between the Mobil Station and the Shore Plaza apartments. Though it is underwater for significant periods and there is no direct access, this site provides sweeping views of the inner harbor, looking toward the Tobin Bridge and Mystic River. If privately owned, buildings would have been constructed here blocking the view, as has occurred on the adjacent parcels. Inter-tidal habitat is widely regarded as an extremely valuable natural resource. These areas are home to many species of shellfish, other invertebrates, and juvenile fish. They also play important roles in flood control and water quality improvement. 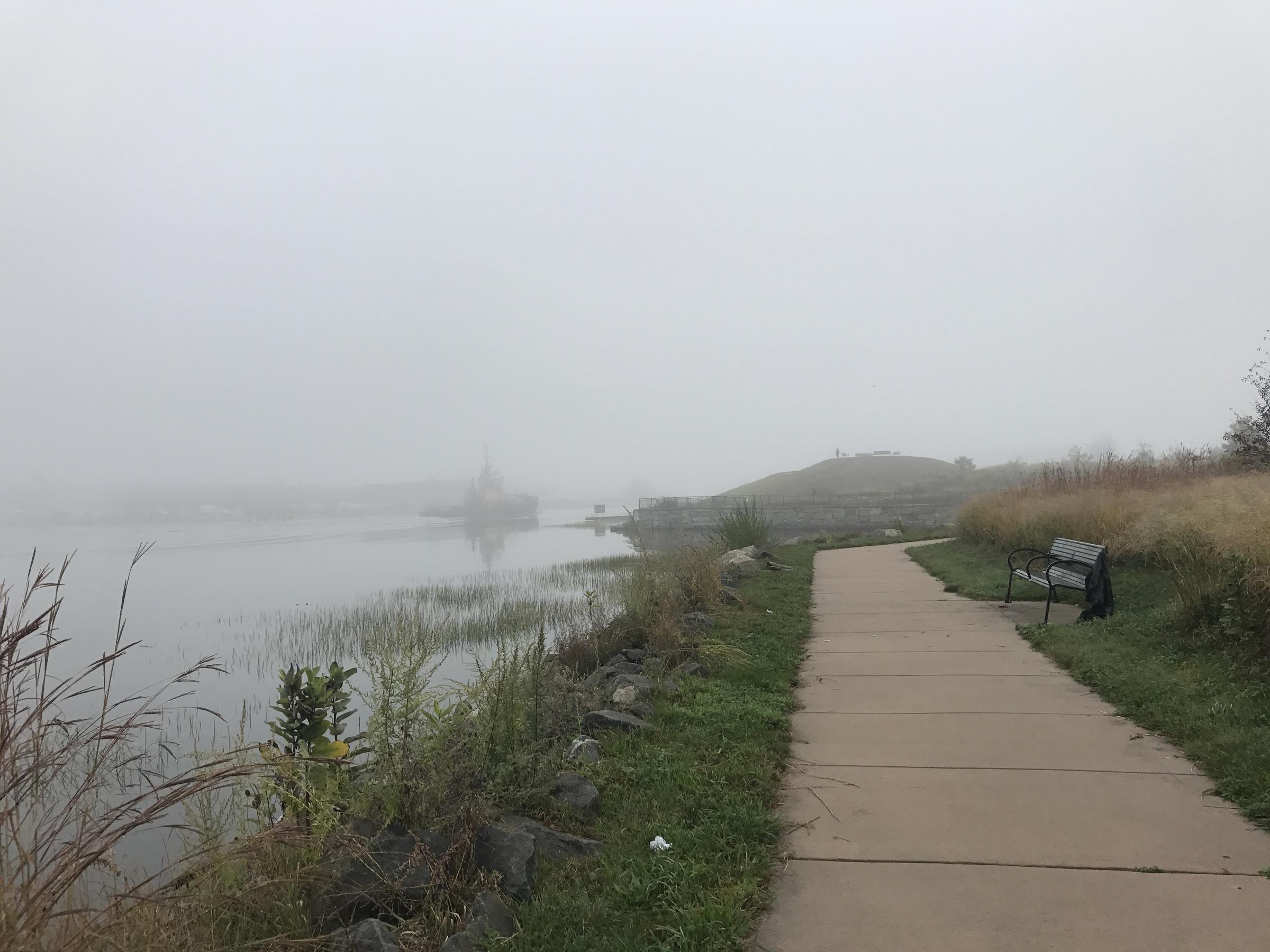 The Condor Street Urban Wild, located on the corner of Condor and Glendon Street, borders the Chelsea Creek, a busy navigational channel in East Boston that is predominantly characterized by industrial uses. During 20 years of City-ownerhsip, the site had previously not been publicly accessible and had devolved into a blighted dumping ground. However, like the Belle Isle Urban Wild, this site has over the last few years been subject to a state-mandated soil remediation project. Through this project, The Urban Wilds Initiative transformed this urban brownfield into a publicly-accessible natural area. With construction completed in fall 2003, the restored site now features walking paths, a boardwalk and viewing platform overlooking the Chelsea River, a salt marsh, meadow grasses, and other coastal habitat elements. There are plans for interpretive displays highlighting the ecology and history of the Chelsea River that will be designed and incorporated into this site. 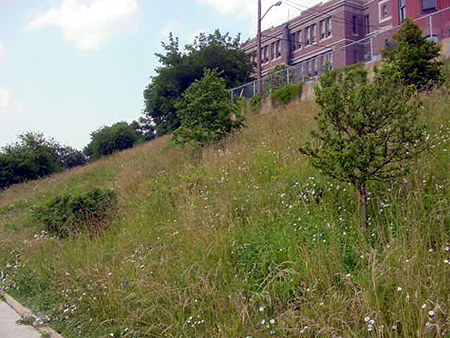 The Rockies Urban Wild is located along Marginal Street across from Piers Park in the Jefferies Point neighborhood. This natural area consists of an orchard and expansive meadow that breaks up the dense residential character of the neighborhood.  It is one of the largest undeveloped spaces in this part of East Boston and provides some of the only remaining upland wildlife habitat in the area. The grassland and adjacent shrubby thicket are particularly attractive to migrating songbirds and butterflies.  The entire site, including the orchard, is currently undergoing a phased restoration.