This page contains information about the Neighborhood Slow Streets plan for the Chinatown neighborhood.

Neighborhood Slow Streets is a new approach to traffic calming requests in Boston. We're focused on street designs that self-enforce slower speeds and safer behaviors. Through this program, we aim to:

Chinatown is one of five communities that was selected to join the program in 2017.

We worked with residents to develop a traffic-calming plan for the Chinatown neighborhood.  The plan includes raised crosswalks, speed humps, and other features that will slow speeds.

We met with residents from 6:30 - 8 p.m. at the Quincy School and Community Center at 885 Washington Street.

After the July 26, 2018, public meeting, we collected feedback through an online survey. Community members were asked to give their feedback on the concept plan.

We met with residents from 6 - 8 p.m. at the China Trade Center on Boylston Street.

We joined community members for a neighborhood walk on Tuesday, October 3, at 5:30 p.m. We started at Kneeland Street and Harvard Street. What we learned from the walk will supplement information:

Neighbors were welcomed to join all or some of the walk. The walk was not the only time or place that neighbors can provide input on the Neighborhood Slow Streets project. Neighbors can also share their concerns on the Vision Zero Safety Concerns map or at future public meetings about the project.

Zone streets* - Streets that we will evaluate for traffic calming improvements

Other streets - Streets that are outside of the zone, regardless of who owns them, or streets that are within the zone boundaries and will not be evaluated for traffic calming. 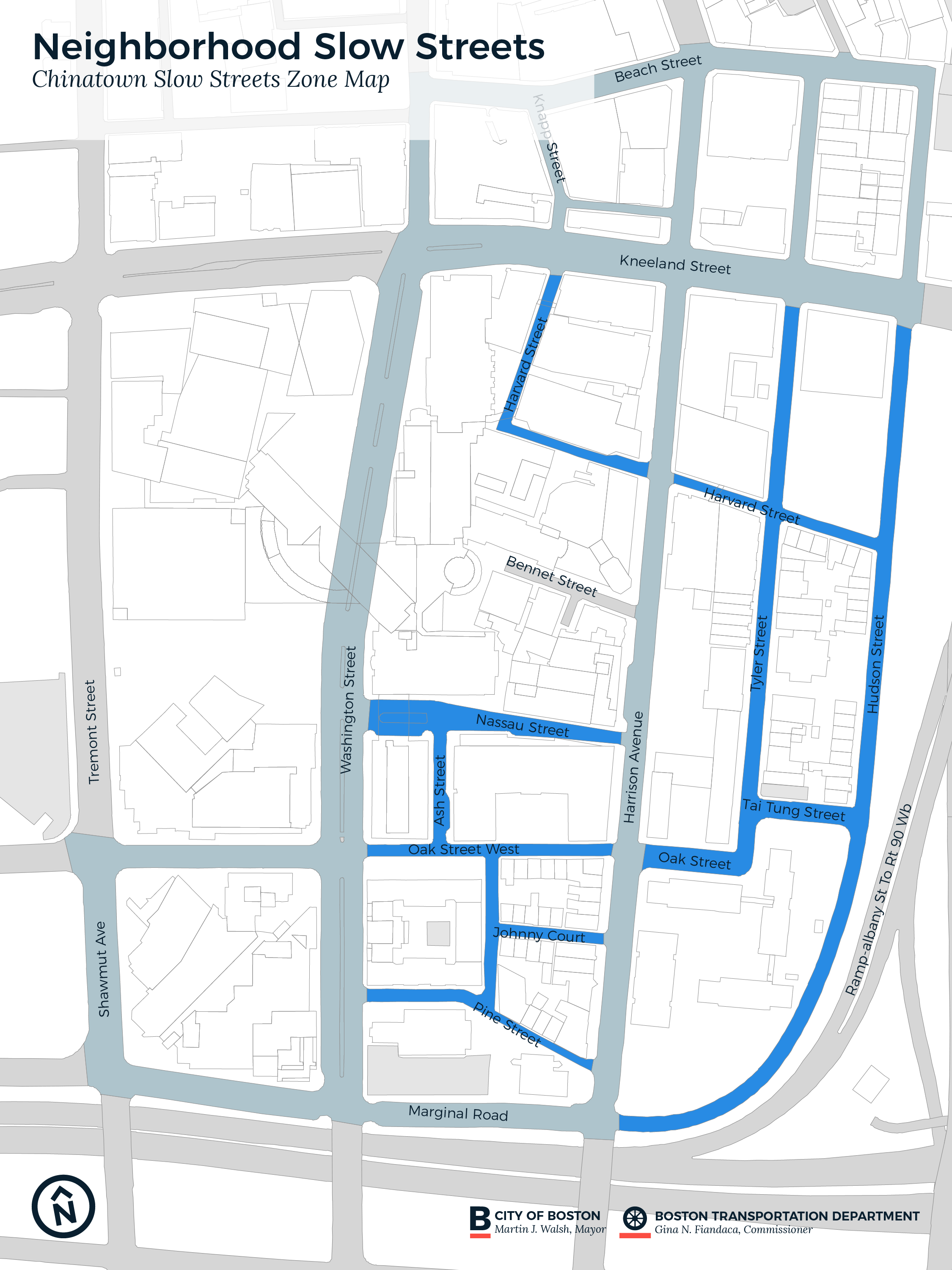