Angie Liou’s favorite part of her work is “being able to have a part to play in people’s lives,” she says. As Executive Director of the Asian Community Development Corporation (ACDC), Angie recently helped an immigrant family from China settle into their own affordable home developed by ACDC.  Before this, they had been living in an overcrowded apartment in Chinatown. Angie’s face lights up as she recalls the family’s teenage son, a student at Boston Latin School, gushing over his very own bedroom. “You see this immigrant dad who puts his hopes and dreams on his son,” she says, “and being able to provide a better living environment for them is really what it’s about.”

Service to others has always been Angie’s driving force. In 1997, a 17-year-old Angie arrived in Philadelphia from Taiwan in pursuit of a bachelor’s degree in Sociology at the University of Pennsylvania. While there, she assisted in a study exploring the effectiveness of government assistance for mothers. Angie soon realized the public perception of women receiving welfare benefits as “lazy” contrasted with the reality that making ends meet as a low-income, often single parent was hard work. “It’s just that these are real lives and real people who are trying very hard,” Angie recalls.

Angie quickly came to understand how complicated the regulatory system could be. She felt that these women were doing their best to provide for their families and still had trouble making ends meet even with the benefits. Angie’s undergraduate research solidified her interests around welfare injustice, and her life became one of advocacy. She went on to earn a master’s degree in City Planning from her alma mater a few years later.

After graduation, Angie worked for the state of New Jersey, and then transitioned to work in both the private and nonprofit sectors where she found her lifelong passion in affordable housing and community development. In Philadelphia, Angie was shocked by the stark contrast of thousands of abandoned properties next to a large homeless population and was inspired to find a solution. After a five-year stint in Seattle, Angie gained a nuanced perspective on the many facets of the homelessness crisis. There, the city, county, and state governments worked collaboratively to develop priorities and policy.

Angie moved to Boston in 2012 to be closer to her husband’s family and has been very active in the nonprofit community since. In her role as Executive Director of ACDC, her goals include three priority areas: building homes, empowering families, and strengthening communities. ACDC was founded in 1987 to serve and meet the needs of the Asian American immigrant population in Chinatown. Over time, the organization has created and preserved affordable housing, empowered families with asset-building tools, and strengthened communities through resident and youth leadership programs. Angie works to bring equity to the Asian American population in the City of Boston by embracing their experiences and acknowledging racial disparity.

In addition to developing affordable housing, Angie and her team have developed programming that bring the history of Chinatown and its residents to the forefront. In doing so, ACDC is amplifying residents’ voices and influencing policy. These programs have helped residents and youth gain a stronger sense of ownership of their own community by encouraging them to become active and involved. She is energized by the young people who come into ACDC’s office, and has hope for the future. 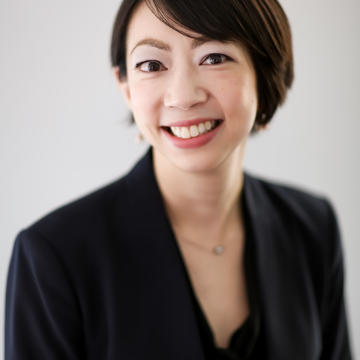 Tell us about the women doing incredible work in our City. We'll share their stories throughout 2019!