If you ever have the opportunity, chatting with Liz Miranda is an experience well worth your time. She’s an abundance of warm energy and genuinely inspirational sound bites that somehow never feel trite. Driven by a commitment to community change and an entrepreneurial spirit, Miranda settled into her role as executive director of the Hawthorne Youth and Community Center six months ago. Known for its youth arts, social justice, and urban agriculture programming, Hawthorne serves Roxbury’s Highland Park neighborhood. With two open spaces dedicated to teaching young people how to be urban farmers, Miranda likens Hawthorne to a local oasis. “I mean, we’re gorgeous,” she beams. “I hope to make it a space for hope and healing.”

Throughout her career, Miranda has prioritized collaboration, resident leadership, and innovation. Her open-door policy at Hawthorne has brought a range of new programming into the space, from a holiday gathering for kids with incarcerated parents to a tech event where participants made their own smart clothing. She also knows that true innovation requires a commitment to inclusivity, so she holds her board meetings on Saturdays and provides food and childcare. “It’s about being intentional about equity and justice in all of our work,” she says. “It makes for better organizing, better communities, and a stronger City.”

A Roxbury native, Miranda learned the value of civic engagement at a young age. “Growing up on Dudley Street totally shaped the woman I am today,” she says. As a teenager, she begrudgingly agreed to help out at a neighborhood cleanup, but that cleanup changed the course of her future. She got involved with the Dudley Street Neighborhood Initiative (DSNI) and its youth leadership program at the time, Nubian Roots. She also worked at MYTOWN, where she designed and led walking tours of Boston’s multicultural South End. As she learned more about her Cape Verdean heritage and Roxbury’s history, she began to take pride in her community, and in herself. “By age 13, I started to realize it was a special place, and that we had power to make change,” she recalls. “I was finally like, I’m from Roxbury and I love it. My neighborhood’s special, and great things happen here.”

After high school, she headed to Wellesley College. She dug into the academics and leadership opportunities afforded to her there, but she couldn’t ignore the glaring disparities between Roxbury and Wellesley. So, after graduating, she returned to MYTOWN to become its youth director. After subsequent stints with the Boston Foundation and other youth-serving agencies, she eventually returned to DSNI, too, as the director of youth opportunity.

“When I look at my life’s purpose, it’s been focused on empowering young people to design a better future for all of us,” she says. She went back to her roots to invest in the new generation of citizen changemakers, the same way her neighborhood had invested in her. After 20 years, she had come full circle. “Roxbury is always on my mind, women are on my mind, young people and marginalized groups are always on my mind,” she says before adding, “and most recently the disease of gun violence has been something that I hope to eradicate in my lifetime.”

Part of Miranda’s advocacy has always had an anti-violence element. “Young people dying in our City is not normal or OK. It shouldn’t be happening here in Boston. It shouldn’t be the story of our collective experiences growing up in Roxbury, Dorchester, Mattapan – these communities have a lot to offer the City,” she says. But last summer, that mission suddenly became personal when her younger brother Michael was shot and killed downtown. “This wasn’t something I just post about on social media anymore,” she recalls. “It became very real and very painful.” In the wake of his passing, though, she saw first-hand the far-reaching repercussions of his untimely death. “I just couldn’t believe how many people were a friend of a friend or a cousin of a cousin – it was eye-opening for me to really understand that it’s a community loss, not just my family’s loss.”

That realization reignited her commitment to engaging local organizations in her advocacy. She has connected with groups, including the Bobby Mendes Peace Legacy, the Louis D. Brown Peace Institute, and Beth Israel’s Center for Violence Prevention and Recovery. She and her family also started a fund in her brother’s name, which they’ll put toward initiatives focused on increasing opportunities for Cape Verdean youth in Roxbury and Dorchester. Her mission may seem monumental, but given Boston’s character as a city, Miranda’s determination hasn’t wavered. “There’s a lot of grit here,” says Miranda. “We are the epitome of resilience.”

Others across Boston have recently taken note of her passion. Just a few months ago, she won Boston Centers for Youth and Families’ Kevin Fitzgerald Award for Community Empowerment, and Hawthorne was honored at the Love Your Block initiative’s awards ceremony in December. For Miranda, though, 2018 looks to be a time of renewal and, quite literally, growth. She’s learning to become an urban farmer herself, to work through her own trauma and to learn more about horticulture therapy as a way to help others find peace. She’s investing in herself so she can grow as a professional, reserving time to nurture and expand her networks for greater social impact. She’ll continue to sit on the boards of Union Capital Boston, Score4More, and the Roxbury Historical Society. She’s working on self-care because, as she puts it, “you can’t pour from an empty cup!” And although she’s resisted it thus far, she’s embracing the “activist” title so many have already attributed to her. “I think I’m finally OK with the word,” she says. “I’m OK with the responsibility and the opportunity to activate residents and young people to be involved in matters that really concern them. So I’m finally ready.” 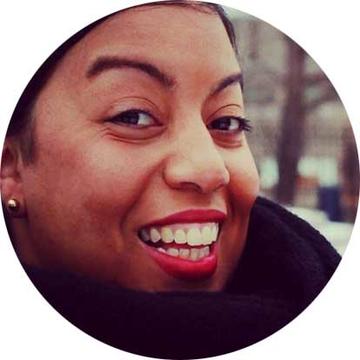