In 2016, Mayor Walsh signed Boston’s Communications Access Ordinance, which guarantees translation, interpretation, and assistive technology for constituents accessing City services. It formalized the City’s commitment to folks who are limited-English proficient (LEP) and/or have communications-related disabilities. The legislation also created a new position for someone to oversee implementation of the Ordinance across every City department. That’s where Manar Swaby comes in.

The 25-year-old had just graduated from the Harvard Graduate School of Education’s Technology, Innovation, and Education program that year. With a self-professed commitment to “co-creating structures of equity and compassion,” she was a promising candidate for the role. Swaby had never pictured herself working in government, but when she got the offer to make history as the City’s first language and communications access program director, she couldn’t pass up the opportunity.

Guiding Swaby’s work is a vision of what an accessible and inclusive city actually looks like. “In a perfect situation, any person could come in to City Hall regardless of whatever language they speak, whatever disability they might have, whatever their circumstance, and be able to get from Point A to Point Z with absolutely no glitches,” she explains. “Language and communications access is thinking: How do constituents of the City of Boston interface with the City; receive information from the City; engage in different programs, services, and activities the City has to offer?”

A current East Boston resident, Swaby grew up in New York in a Muslim Caribbean-immigrant household, which fueled her early attention to diversity and inclusion. “My interest is thinking about people who exist in marginalized spaces,” she says. “As someone who holds multiple marginalized identities - being a woman, being Black, being a Caribbean immigrant, all these different things - that's always at the forefront of how I go through the world.”

According to Swaby, that framework is critical to the success of Boston’s Communications Access Ordinance. Most cities have language-specific policies in place that center many immigrant and LEP groups, but Boston's legislation sets a new precedent. It addresses both language and disability in its notions of accessibility. Swaby makes a point to consider the specific needs of each demographic: “There are a lot of different standards and practices in those two different spaces, so I want to honor that, while also understanding these two communities have so many other communities within them, as well.”

To that end, she’s been able to work closely with the Commission for Persons with Disabilities and the Office of Immigrant Advancement, as well as community liaisons within the Office of Neighborhood Services. Their connections have given Swaby a human context for her own work. “In order to build something for people, you need to involve people,” she maintains. “Being able to draw on their knowledge is really helpful and really important, too.”

Ultimately, it’s those personal stories that drive her to do this work. Even though she lights up talking code and data, she’s so invested because those numbers and graphs capture meaningful insights about real people’s real lives.

Today, it’s been almost a year since Swaby signed on at City Hall, and, fortunately for us, it’s safe to say she stands by her decision. “Oh, I love my job. I loooove my job,” she says. “It's honestly such a privilege to do the work that I do.” 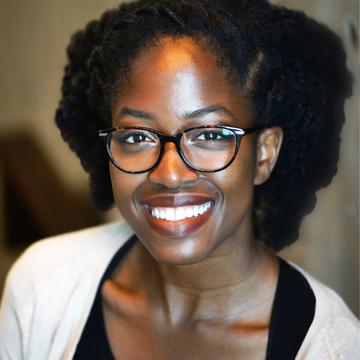