Tania Del Rio is Executive Director for the Mayor's Office of Women's Advancement, where she focuses on the mission of promoting gender equity by empowering women and removing systemic barriers to their advancement. Her focus is on three priority areas: economic equity, safety, and empowerment. In a previous role at the City of Boston, Del Rio worked as the Diversity Outreach Officer for the Mayor's Office.

She previously worked with the Ministry of Foreign Affairs of Mexico on using data to identify barriers for female diplomats in the Foreign Service. Her work was presented with the Outstanding Policy Analysis Exercise and the Jane Mansbridge Research Awards for research on women and gender at the Harvard Kennedy School.

Tania was also the Head of the Protection and Community Affairs Departments at the Consulate of Mexico in Boston. In that role, she worked to protect the rights of immigrants in New England and collaborated with community leaders to amplify their advocacy efforts. This work put her in contact with people from a broad range of experiences, including prison populations, children and youth, faith-based and cultural organizations, as well as private sector partners in five New England states. Her experience also includes political advising and press relations.

She holds a Master in Public Policy degree from the Harvard Kennedy School of Government and a Bachelor's degree in International Relations from New York University.

A proud Mexican-American, she lives in East Boston with her family. As a former varsity swimmer, she enjoys practicing sports, especially swimming, water polo, and running. 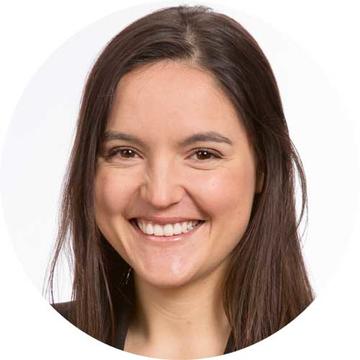