Skip to Main Content
Bitter Cold in the Forecast
/
Mayor Wu declared a cold emergency in Boston from Friday, February 3, through Sunday, February 5, due to the extreme cold weather in the forecast. BCYF locations will be activated as warming centers on Friday and Saturday during their normal hours.
Learn more about the forecast
Last updated: 1/25/22

Explore the unique culture of these neighborhoods.

Located along the southern edge of Downtown, Boston's Chinatown is a commercial and cultural hub for the City's Chinese community. The Leather District is a small neighborhood just east of Chinatown, nestled between Dewey Square and Kneeland Street. The nine distinct blocks are noted for their 19th century brick warehouse structures.

Get updates about news and events important to the neighborhood. 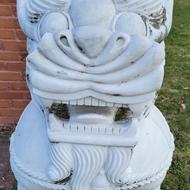 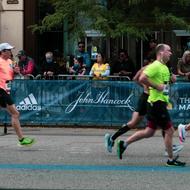 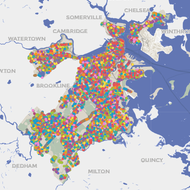 The neighborhood was built on tidal flats in the early 1800s, and has since been home to residential, commercial, transportation, and institutional uses.

Today, Chinatown's dense mix of shops, restaurants, and housing in historic buildings creates an ever-bustling neighborhood. There's easy access to Downtown, the Theater District, and Boston's dynamic waterfront. Chinatown's elegant gate across Beach Street marks the eastern entrance to the neighborhood. With its unique water features and bamboo, Chinatown Park forms a distinctive terminus to the Rose Kennedy Greenway and a place of respite.

While visitors come from all over to sample Chinatown's range of specialty Asian shops and restaurants, Chinatown is also home to a number of other businesses and organizations, including Tufts Medical Center. South Station serves as a major rail and bus hub for Boston, bringing numerous visitors through the area every day. Chinatown Main Street supports area business owners and nonprofits.

The nine distinct blocks are noted for their 19th century brick warehouse structures. The leather industry and related wholesalers who first worked here required space for display, offices. and workshops. The ground floor display windows dominate these buildings, set in sturdy cast iron columns. Since the 1980s, the Leather District has grown as a mixed-use area, and it is now home to a variety of commercial and residential tenants.

Due to recent development and the creation of the Rose Fitzgerald Kennedy Greenway, the Leather District has emerged as a distinct Boston neighborhood.  Residents cherish the “loft living” options that characterize the community. The short distance to the major rail transportation hub, Boston's South Station, makes the Leather District a very accessible neighborhood.

The Leather District is home to a wide arrange of industries from small restaurants to large corporations. Among others, the second oldest financial institution in the United States, State Street Corporation, has its headquarters there.