Newbury Street will be pedestrian-only from Arlington Street to Massachusetts Avenue on July 23, August 13, and September 10. 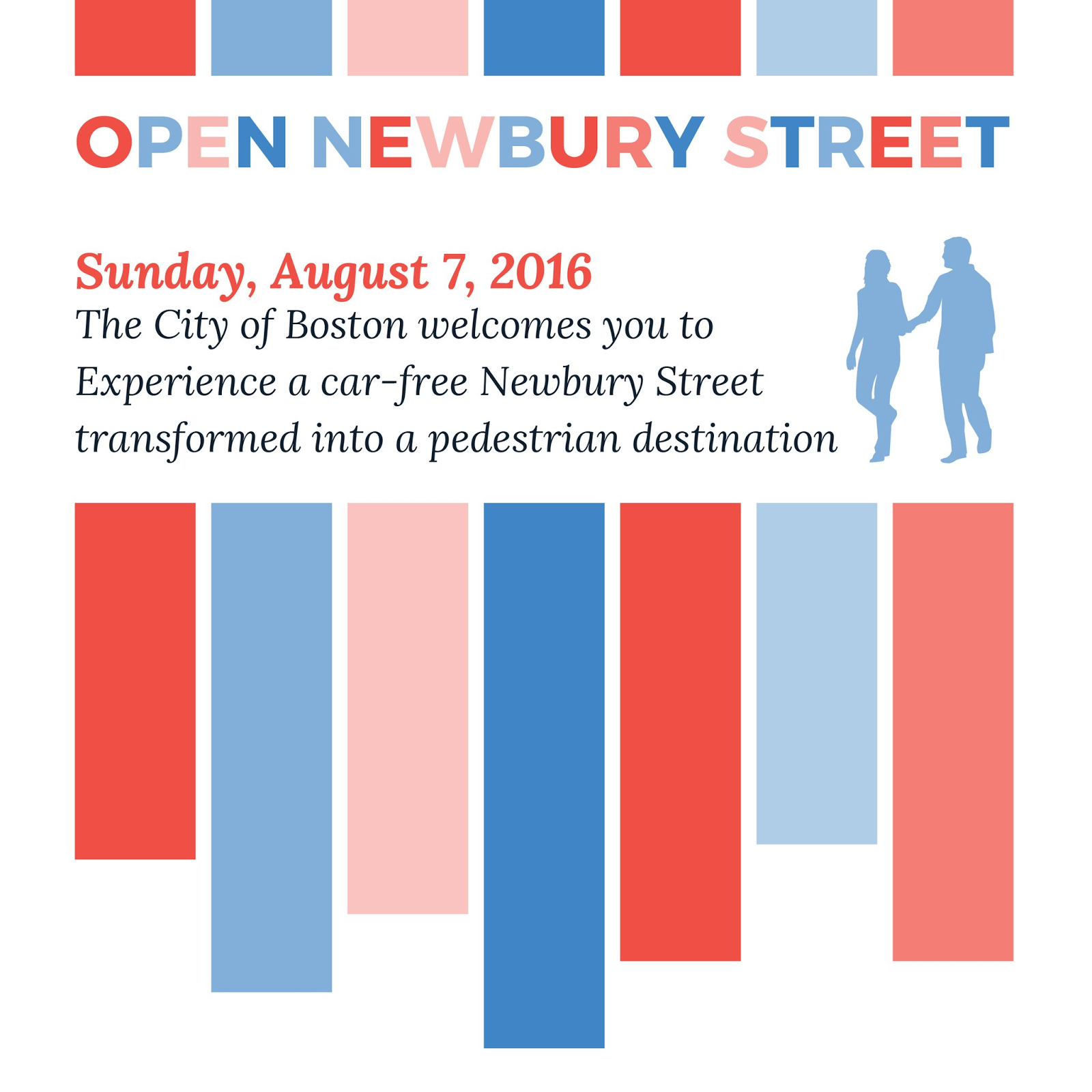 "Last year, Open Newbury Street was overwhelmingly positive for visitors and businesses alike, bringing thousands of people to the Back Bay neighborhood," said Mayor Walsh.  "We're excited to bring the idea back this year, so residents and visitors from all over can again enjoy Newbury Street for an afternoon, free of cars. We look forward to working with businesses and residents to make this year's Open Newbury another success."

"We thoroughly enjoyed the opportunity to experience Newbury Street as a pedestrian zone for a day last year and found it enhanced our business," said Sam Sokol, owner of Dirty Water Dough Company. "We set up tables on the street so customers could enjoy our food al fresco, which fostered a greater sense of community by allowing us to interact with more patrons and introduce them to our business. I look forward to the concept returning for three dates this summer and fall."

Parking will once again be restricted beginning at 8:00 a.m., and signs will be posted informing drivers of the change. All businesses will be encouraged to promote the event on social media using #OpenNewbury and make customers aware of car-free day ahead of time. The public is encouraged to utilize the several different MBTA routes that service the area in addition to bicycling and walking.

Last month, Mayor Walsh announced that Boston will celebrate  "Open Canal Street" on Saturday, July 8, 2017. For the afternoon, the West End's two-block Canal Street will shut down to vehicles, and open up for pedestrians, who will be able to shop, dine and enjoy the atmosphere of Boston's West End.