Seven artists have been selected for the third year of Boston AIR, the City's artist-in-residence program.

Mayor Martin J. Walsh and the Mayor's Office of Arts and Culture, in collaboration with Boston Centers for Youth & Families (BCYF), today announced seven artists have been selected for the third year of Boston AIR, the City's artist-in-residence program.

"The Boston AIR program brings bold and creative thinking into policy areas of municipal government," said Mayor Walsh. "I've been very impressed with past Boston AIR projects, and I can't wait to see what this next group of artists accomplishes." 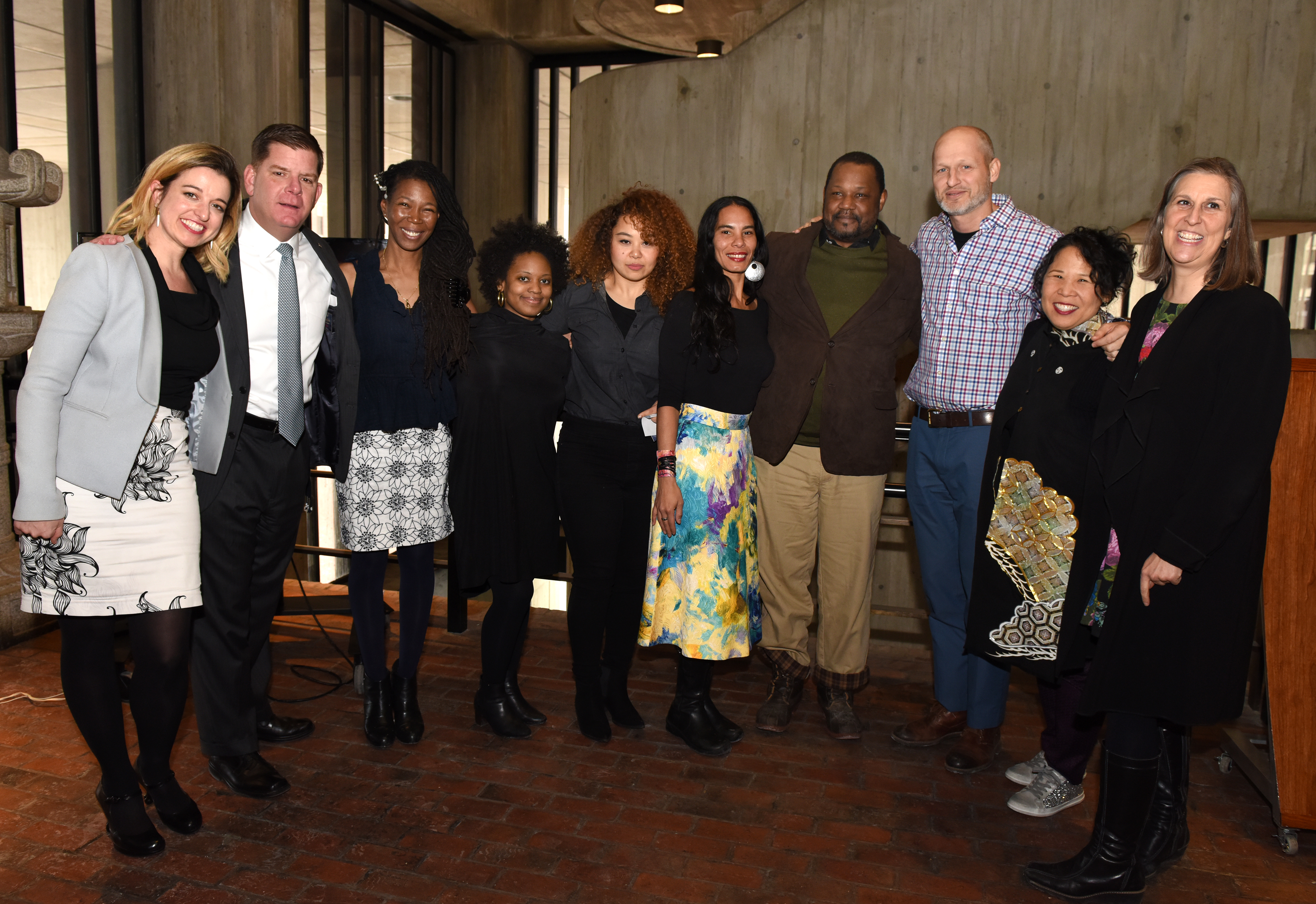 In the third year of Boston AIR, artists will collaborate with community members and City of Boston employees through projects that explore key policy areas, including racial and social equity. The artists will explore how socially engaged art processes can be used to bolster City initiatives such as climate change, immigration and income inequality.

The seven artists chosen for next year's program include:

"I am very excited to contribute my expertise and artistry towards the Resilience and Racial Equity program with the City of Boston," said Marsha Parrilla. "I am most looking forward to getting to know members of our community in a focused and intentional way, and to utilize my skills as a dancer/choreographer, cultural organizer, and activist towards social change in the City. I am very inspired by the idea of working with the local government to reframe critical social conversations, and to propose new ways of integrating our communities through arts, activism, and sustainable civic practice."

Each Boston AIR artist will carry out a year-long residency project revolving around the theme of resilience and racial equity at one of the City's BCYF centers.

"We've seen impressive results from the first two years of the Boston AIR program in the City of Boston," said Julie Burros, Chief of Arts and Culture. "Continuing the program with a new round of artists brings us one step closer to achieving Boston Creates' goals of investing in local artists, bringing arts opportunities to underserved communities, and using the arts to establish a dialogue on racial equity in Boston."

The Mayor's Office of Arts and Culture's mission is to support artists, the cultural sector, and to promote access to the arts for all. The office houses the Boston Cultural Council, the Boston Art Commission, and the Poet Laureate program. Responsibilities include implementing the City's cultural plan, Boston Creates; commissioning public art, managing the Boston Artist-in-Residence program; curating exhibitions in City Hall; and operating the historic Strand Theater in Dorchester. For more information go to: www.boston.gov/departments/arts-and-culture

About the Boston Art Commission (BAC)

The Boston Art Commission (BAC), an independent board of arts leaders charged with the care and custody of all artworks on City of Boston property, advocates for the creation of innovative and transformative art and promotes its accessibility to enrich the lives of Boston's diverse citizens and visitors. The Art Commission advises, supports, and consults with artists and communities, City departments, and others. It commissions, approves, and conserves the City of Boston's collection of art and historical artifacts. For more information, go to: www.publicartboston.com