Birch Street Plaza in Roslindale to be permanently installed

BOSTON - Monday, September 30, 2019 - Mayor Martin J. Walsh this weekend joined residents, community advocates and business owners to announce the permanent transformation of Birch Street in Roslindale Village into a car-free, pedestrian-only space where residents can enjoy food, music and activities. The landscape architectural firm, Merritt Chase, was selected for the design and implementation of the project that is scheduled to be completed in the Summer of 2020.

"The Birch Street Plaza highlights how the City of Boston is activating public space to create a fun, safe environment for people of all ages to gather and enjoy their community," said Mayor Walsh. "This project will make Roslindale Village even more vibrant, and we look forward to similarly transforming more street space at locations throughout our neighborhoods." 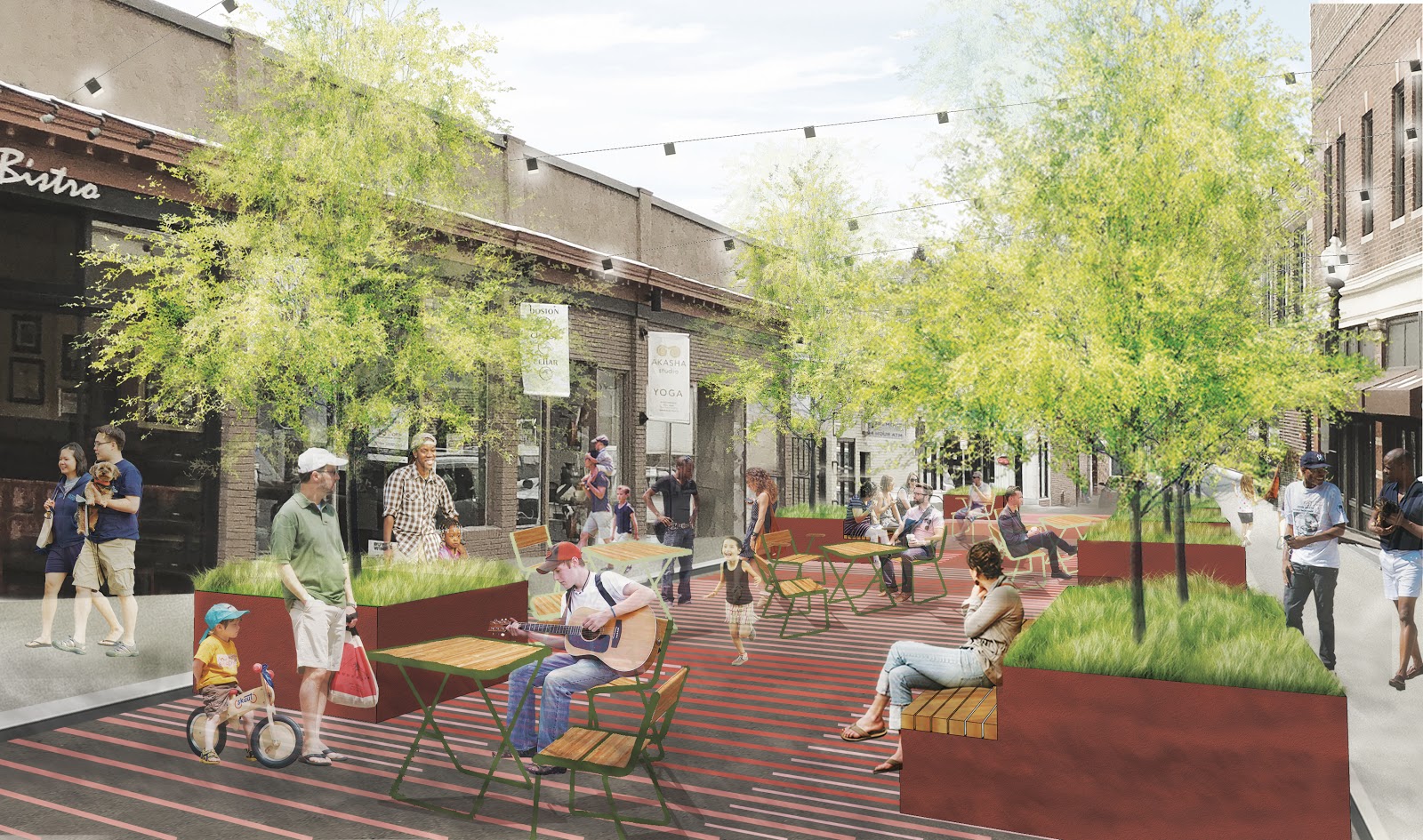 In a collaborative effort between the City of Boston, Roslindale Village Main Streets, A Better City, and neighborhood business owners, the pedestrian-only concept was initially piloted during a six-day pop-up plaza series in May 2019. Through in-person surveys, Merritt Chase and neighborhood volunteers gathered feedback from the community, directly informing the final design of the permanent Birch Street Plaza in alignment with the city's new tactical realm guidelines.

"The pedestrianization of Birch Street will give residents and visitors a safe and appealing place to sit, interact, and relax as they visit the neighborhood. It will help strengthen Roslindale's social fabric, be a source of pride, and no doubt grow into a space which will host more events, such as the Fall Festival and Holiday Market," said Adam Shutes, owner of the Boston Cheese Cellar in Roslindale Village.

As part of Go Boston 2030, the tactical realm guidelines focus on making "tactical" placemaking more accessible for all our neighborhoods, creating more nimble and standardized processes for the creation of plazas, parklets, outdoor cafes, and street murals along Boston's streets and sidewalks. These new processes for tactical public realm improvements add to the City's toolkit for public space development and management and will continue to evolve in the coming years in collaboration with the  Boston Transportation Department, Public Works Department, Mayor's Office of New Urban Mechanics, Arts and Culture, and other city agencies.

Projects that are either underway, or completed to improve the City's public realm include the Tontine Crescent Plaza in Downtown Crossing, the Phillips Square Plaza in Chinatown, parklets in various neighborhoods, and new street murals in Dorchester, North Allston and Roslindale. Through the Age-Friendly Bench Program, 89 new benches have been installed across the City, with a particular focus on raising the availability of resting locations for older adults.

More information about the Tactical Public Realm Guidelines and the city's larger framework of public realm strategy and projects can be found at boston.gov/publicrealm where residents and organizations can submit a request for a project in their neighborhoods.