Bruce Carlton Bolling was born on April 29, 1945, the son of Royal L. Bolling, a state senator of Massachusetts who sponsored an act which made segregation of public school illegal. Bruce graduated from Boston English High School. From there, he attended Northeastern University, and later received a Master’s degree in education from Antioch University (now Cambridge College). 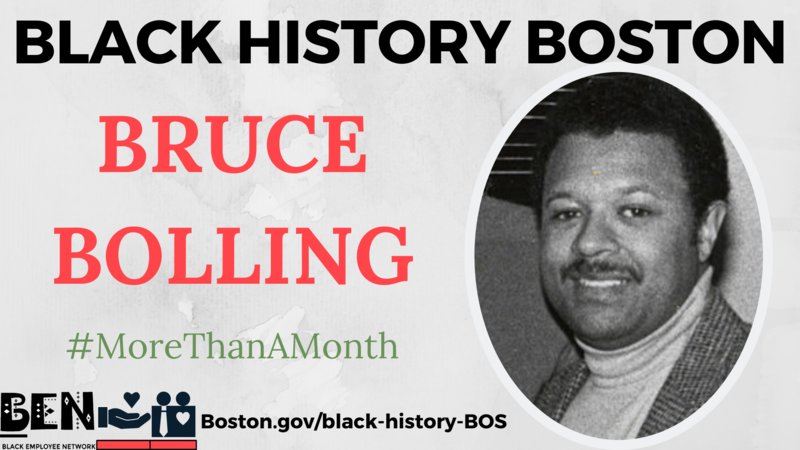 In 1981, Bruce was elected to the Boston City Council. He became Council President in 1986 and 1987, becoming the first Black person to be elected Council President. During his time on the Council, he pushed developers to build more affordable housing and hire more people of color and women. Bruce was a strong proponent of the Boston Linkage Ordinance, which requires developers to contribute to economic and community development benefits for the residents of Boston. Bruce also pushed forward the Fair Housing Commission and pushed forward legislation on the Boston Residents Jobs Policy. In 1993, Bruce ran for Mayor of Boston.

From 2000 through his passing in 2012, he was the Director of MassAlliance. In 2015, the Ferdinand building in Roxbury was renamed the Bruce C. Bolling Municipal Building in his honor.

Thank you, Bruce Bolling, for your life and dedication to Boston!!

We're celebrating the contributions the Black community has made to creating a thriving, vibrant Boston.